The kitchen countertop is a busy place in the Reed household.

Matt Reed, a local chef and caterer, uses the large quartz countertop like command central, operating the day-to-day activities of his young family while cooking up creative meals for his growing business.

Today, he’s dishing up snacks at the counter for two regulars: his 2-year-old twins, Scarlette and Oliver.

As he slices tomatoes for tonight’s salad, he retells the story of his family’s unexpected home renovation—and how it brought out the best in the community.

“It was Sunday morning, and the kids and I were getting ready to watch football when my wife [who was nine months pregnant] came into the room and said that all of the neighbors were outside and were worried about the flood,” he says.

Matt spent the first 18 years of his life living outside the United States, growing up in such exotic locales as Singapore and Indonesia. He’s an easygoing person, perhaps because of that experience, so he admitted he wasn’t concerned at first about flooding.

But that changed when he saw water rising at the end of the cul-de-sac on his street in Prairieville.

Matt and his neighbors moved fast. A tight-knit neighborhood of about a dozen families, they immediately helped each other save precious belongings.

“We started with the home in the back then worked our way up to my house,” Matt recalls. He and his wife, Emily, focused on protecting items for the new baby as well as saving toys and other special gear for their toddlers.

They were lucky—Matt estimates they saved about 80% of their personal items before 13-15 inches of flood water overtook their home. And in between helping neighbors and saving their own items, Matt also boated with the Cajun Navy and hitched a ride with a stranger to pick up his daughter’s prescription refill.

“During this flood, I did so many things on my bucket list that I didn’t even know were on it,” Matt says.

The Reeds’ neighbors offered them temporary shelter. Once the chaos died down, they turned their attention to their damaged home.

Matt serves as chef for Acadian House Kitchen + Bath Design’s Sip and Saute, a monthly cooking event at the kitchen and bath showroom, and he was relieved when store designers offered to help with the floors, kitchen or baths in his home.

Kakin Elizabeth Todd, one of two designers from Acadian House who assisted with the renovations, says she considers Matt part of the family.

“We have known the family for years, and with the twins just turning 2 and a baby on the way, we knew it was important to get them back into their home,” Todd says.

And although they were thankful for the many people who reached out to them, Matt says it was difficult living away from their home, especially with such young children.

As they rebuilt, they decided to make a few  improvements so something good could emerge from the situation.

After visiting with the Reeds, designer Adele Kelty Merchant says the couple knew they wanted to add more counter space and open up the home’s kitchen. They ended up more than doubling the counter space.

They also renovated the master bath, replacing a Jacuzzi tub that they never used and a small shower with a walk-in shower. 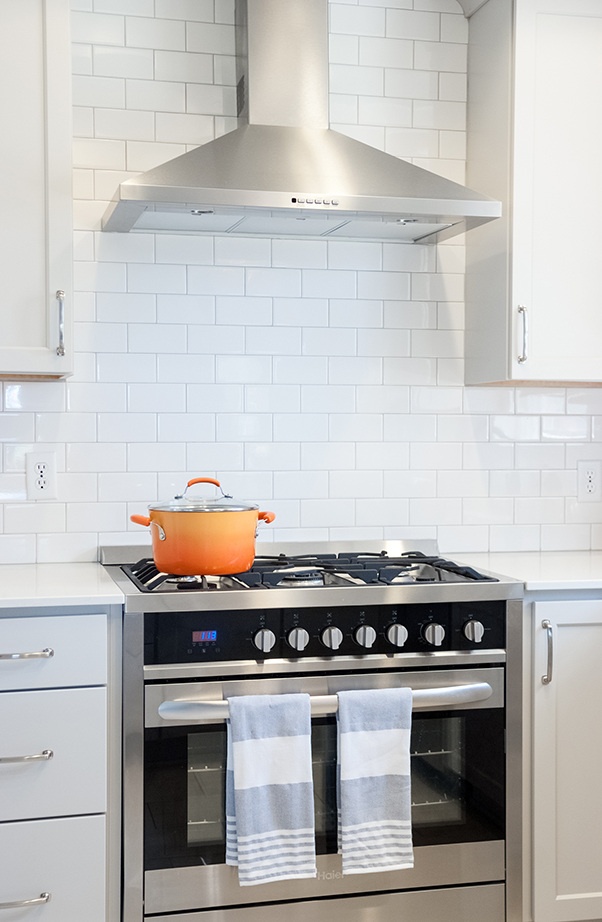 The designers say it took four months to complete the kitchen and bath renovations, a schedule greatly aided by the homeowners.

“Matt and his family/friends had a lot to do with the rebuilding process and did a lot of the work themselves,” Merchant says.

They added walls, doors and trim. Being involved with the construction was important to Matt.

“After the flood, my father-in-law told me, ‘This is an opportunity. Never are you going to be able to see the guts of your house again,’” Matt says.

He says he not only learned a lot during the rebuilding process, but after the renovation, he and Emily now have the perfect home for their growing family.

This article was originally published in the 2017 Spaces & Places extra issue of 225 Magazine.