In Zachary, there is a group of cheerleaders bustling with grit.

But its newest team, the Firecrackers, a competitive squad of athletes with physical or mental disabilities, has had a particularly memorable year.

“That turned into running out the flags and cheering with the other cheerleaders during the games,” Byrd recalls. “I realized all these students want is to have friends and be included. Seeing the talent on the sidelines really made me think we could have a whole team.”

Stott and Byrd made a call on social media, asking for sponsors through the community. They received enough funding to cover the entire year.

“These girls work so hard in every aspect of their life, and cheer is a great hour of just pure fun. Some of the girls just started walking independently a few years ago, and now they’re doing forward rolls,” Byrd says.

Zachary Cheer Academy began nearly 15 years ago. At the time, the gym hosted only recreational cheerleading. Since then, the team has grown and ownership has changed hands. Its facility closed during the pandemic due to COVID-19 restrictions. That’s when Stott decided to take a gamble and purchase the rights to Zachary Cheer Academy and the building that nurtures the athletes.

“I have two daughters that are in cheer, and I was like, ‘Well heck, I’m spending all my time here anyway,’” Stott says. “Although I bought the gym in the middle of COVID, I told myself, ‘We’ve got this. We’re going to make this work.’”

Stott has worked to grow all-star competition opportunities for all 10 of the academy’s teams. 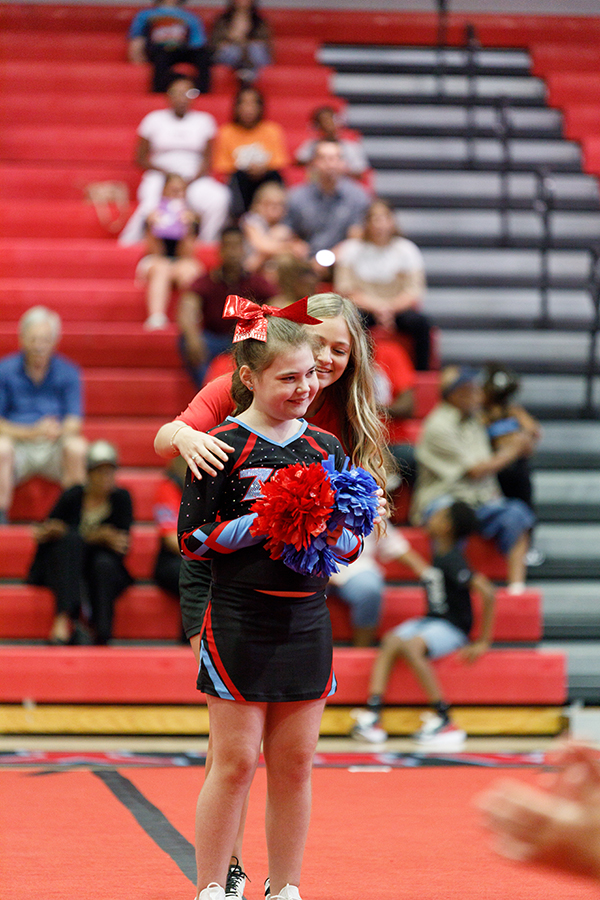 The Firecrackers participated in its first competition, the Novice Cheer Abilities division, in March. Although the division doesn’t place teams, the team says it had a blast.

Erin Bentley, the mother of one of the Firecrackers, says the team has had a positive impact on her daughter.

“I’m most thankful that my daughter and the rest of the girls have something they can put their heart into and be proud of,” Bentley says. “I can see their confidence blooming every week. Everyone needs something to be proud of, and this team does just that.”

The goal of the Firecrackers is to offer an all-inclusive space in athletics, Stott says.

“We want everyone to be able to experience the joy of being on a team, teamwork, dedication, and sportsmanship,” she says. “Every child deserves their moment to shine, and we can help bring out something special in these athletes.”

Because helping them to see their true potential through cheer, she says, is priceless.