Shaw Center for the Arts

Pulsing with live music, theater and fine art, the Shaw Center for the Arts on Third Street has played a key role in shaping downtown Baton Rouge. Home to the Manship Theatre, the LSU Museum of Art and the Glassell Gallery, and restaurants Tsunami, Capital City Grill and PJ’s Coffee, the facility invites visitors to dine, view, listen and take in breathtaking river views. shawcenter.org 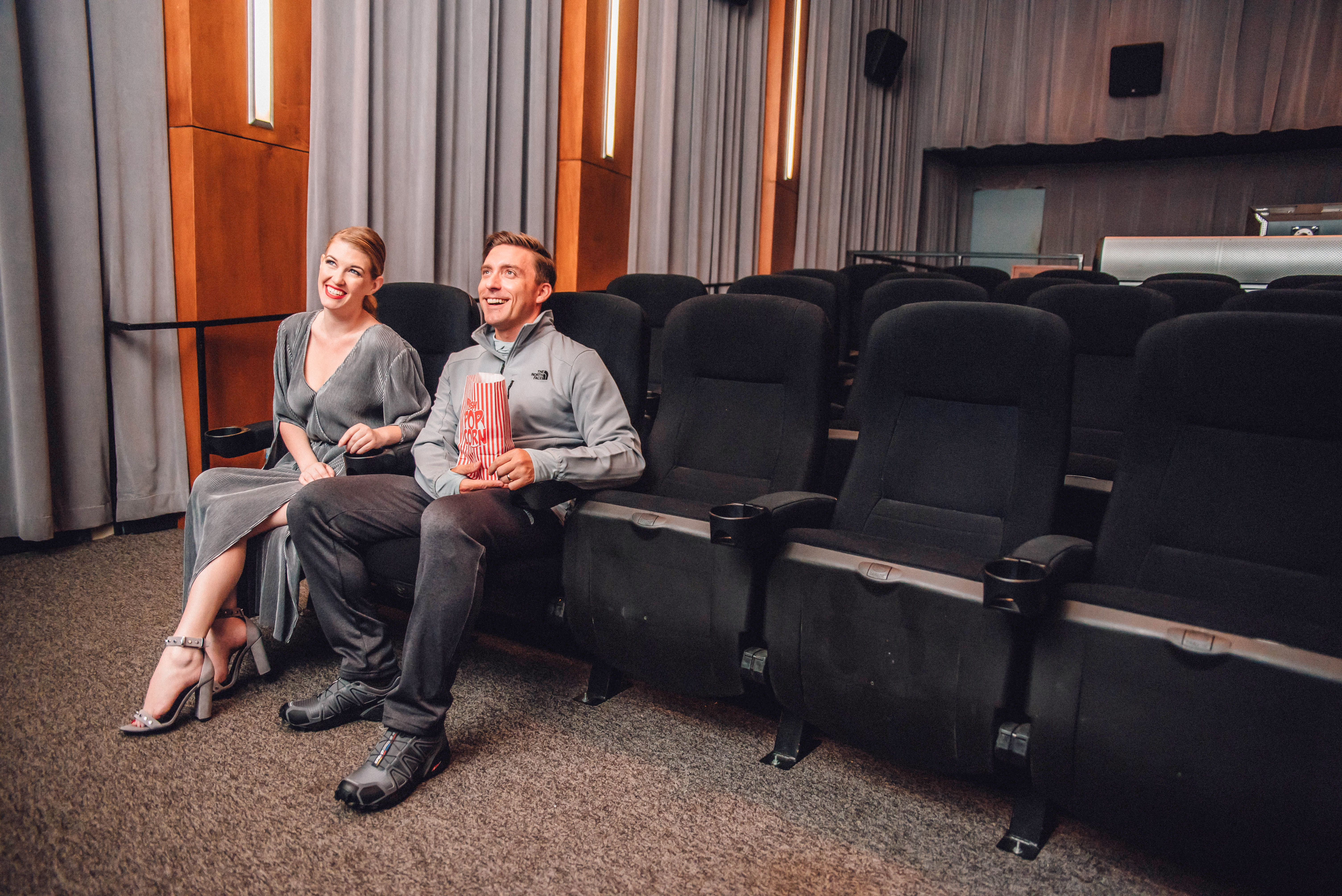 Louisiana’s film industry has had it rough lately, but there’s no doubt the opening of Celtic Media Centre placed the Capital Region on the map as a filmmaking destination. Scores of productions have been filmed at Celtic, including Greyhound, The Twilight Saga: Breaking Dawn and The Fantastic Four. celticmediacentre.com 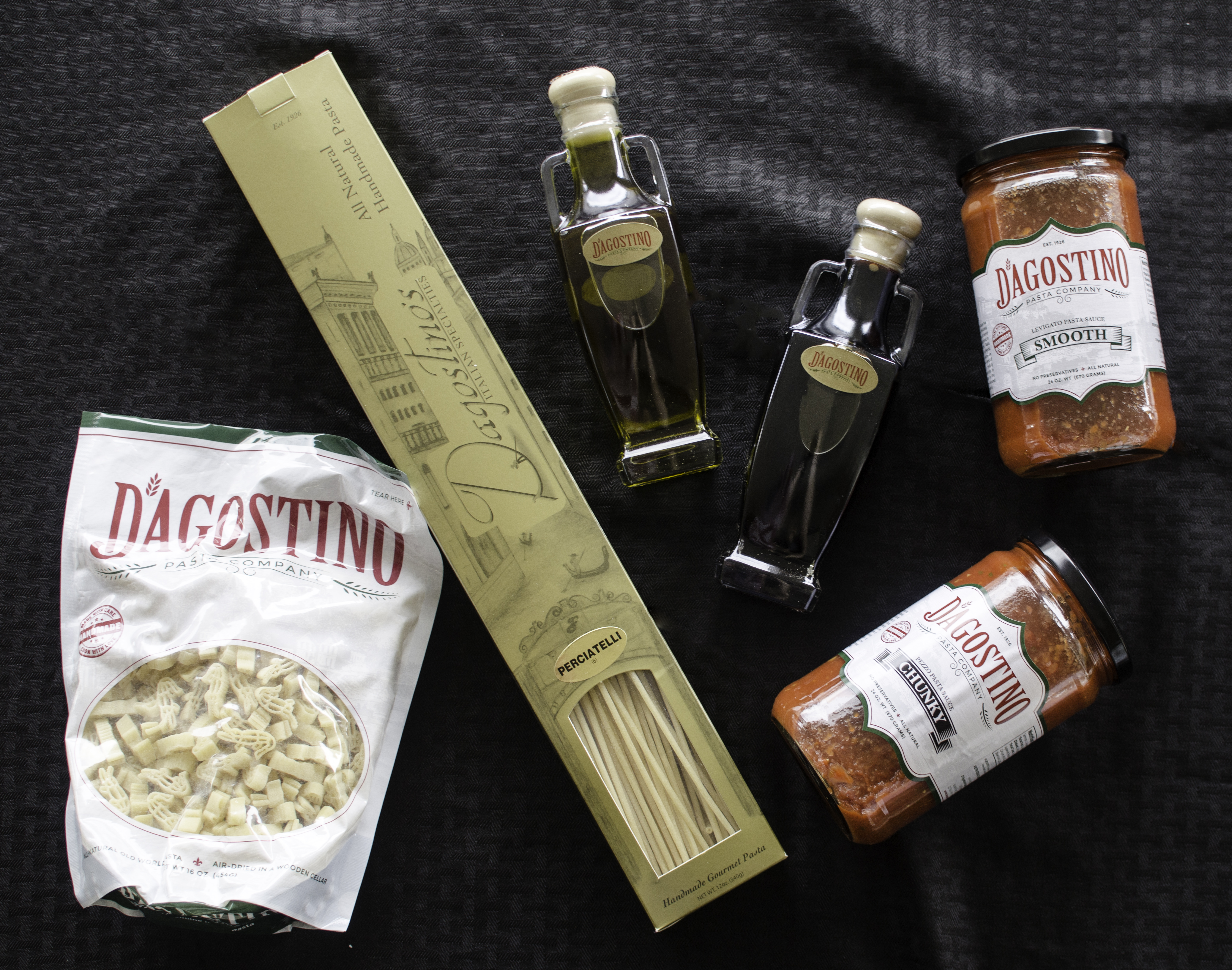 The incubator has helped mom-and-pop food producers like Hanley’s Foods, Davey’s Salsa, City Gelato and many others perfect their culinary concepts and get them to market. It has expanded twice since it opened, and recently added a bottling plant that can turn out more than 25,000 bottles a day. lsuagcenter.com 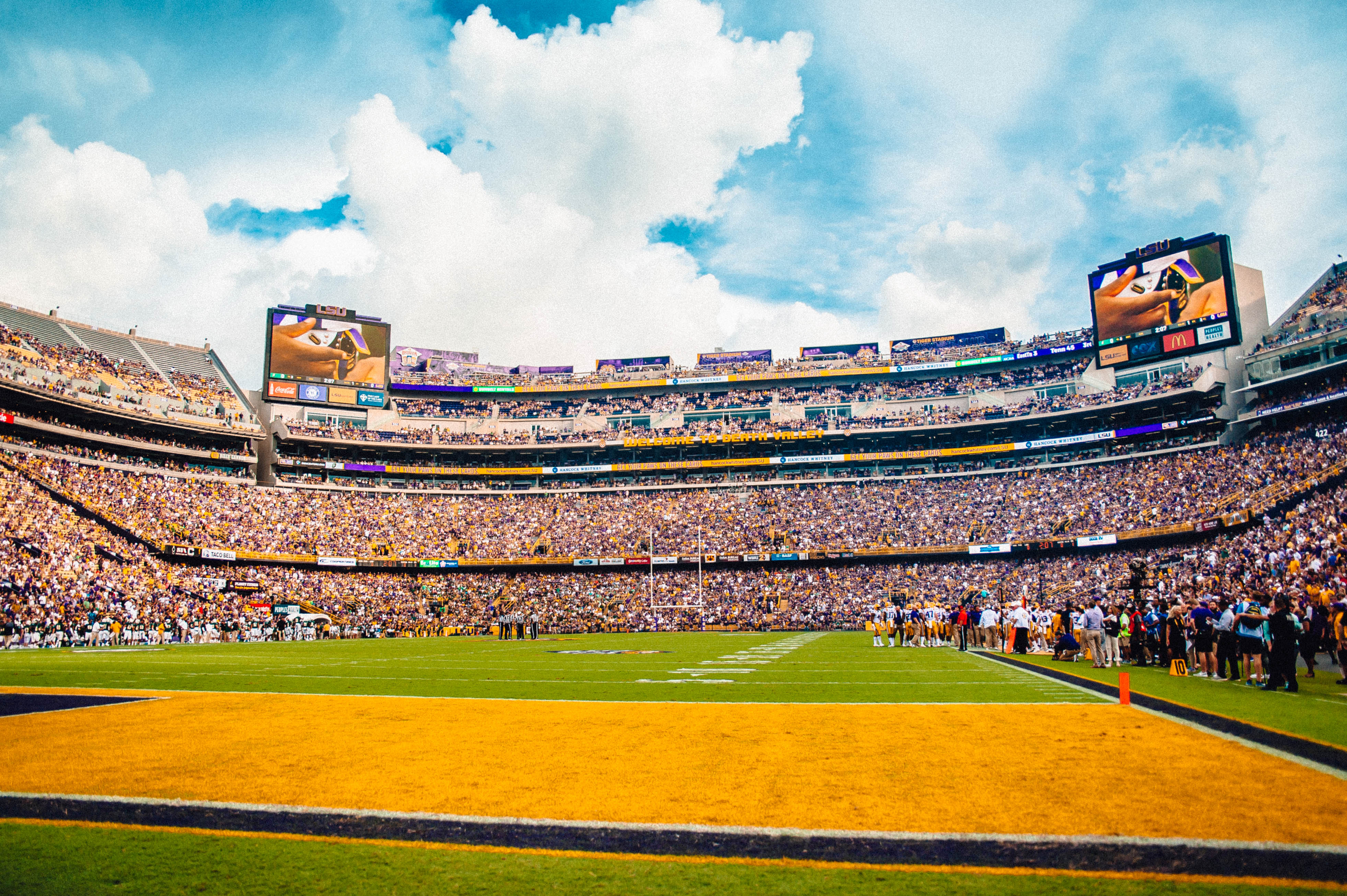 Death Valley continued its forward march as one of the nation’s premier college football stadiums. An $80 million upper deck expansion in the south end zone in 2014 added more seating, and the 2017 addition of the Skyline Club gave fans more chances to dine and drink. In 2019, a $28 million renovation to the football operations center and locker room gave student athletes access to nap pods and a performance nutrition center. Now with a capacity of 102,321, Tiger Stadium is the sixth largest stadium in the NCAA. lsusports.net/sports/football 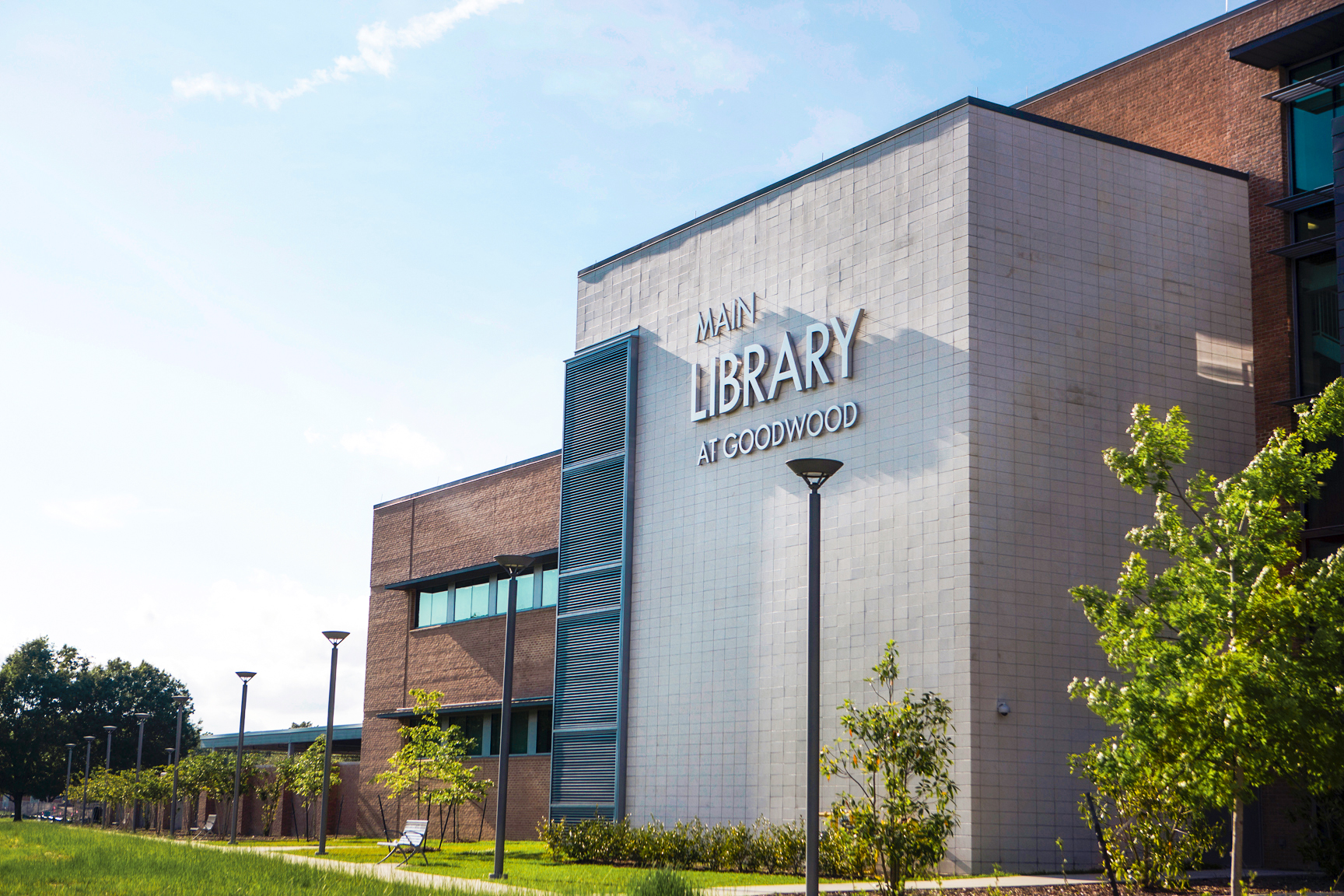 Beginning with this eye-popping library on Goodwood Boulevard, Baton Rouge has discovered just how cool libraries can be. Natural light pours into the meeting rooms, children’s and teen’s rooms, neat stacks and high-top seating with charging stations. ebrpl.com

Health care has continued to evolve, from state-of-the-art additions to Woman’s Hospital to last year’s ribbon cutting of Our Lady of the Lake Children’s Hospital, which includes 25 pediatric specialties, Level II Trauma capabilities and a pediatric ER. In 2015, Baton Rouge Area Foundation released plans for the Baton Rouge Health District, with an aim to unify the medical community and give Baton Rouge a competitive edge nationally. A health loop is planned for the Essen Lane-Bluebonnet Boulevard corridor, with pedestrian- and bike-friendly access to medical offices, parks, restaurants and shops. brhealthdistrict.com 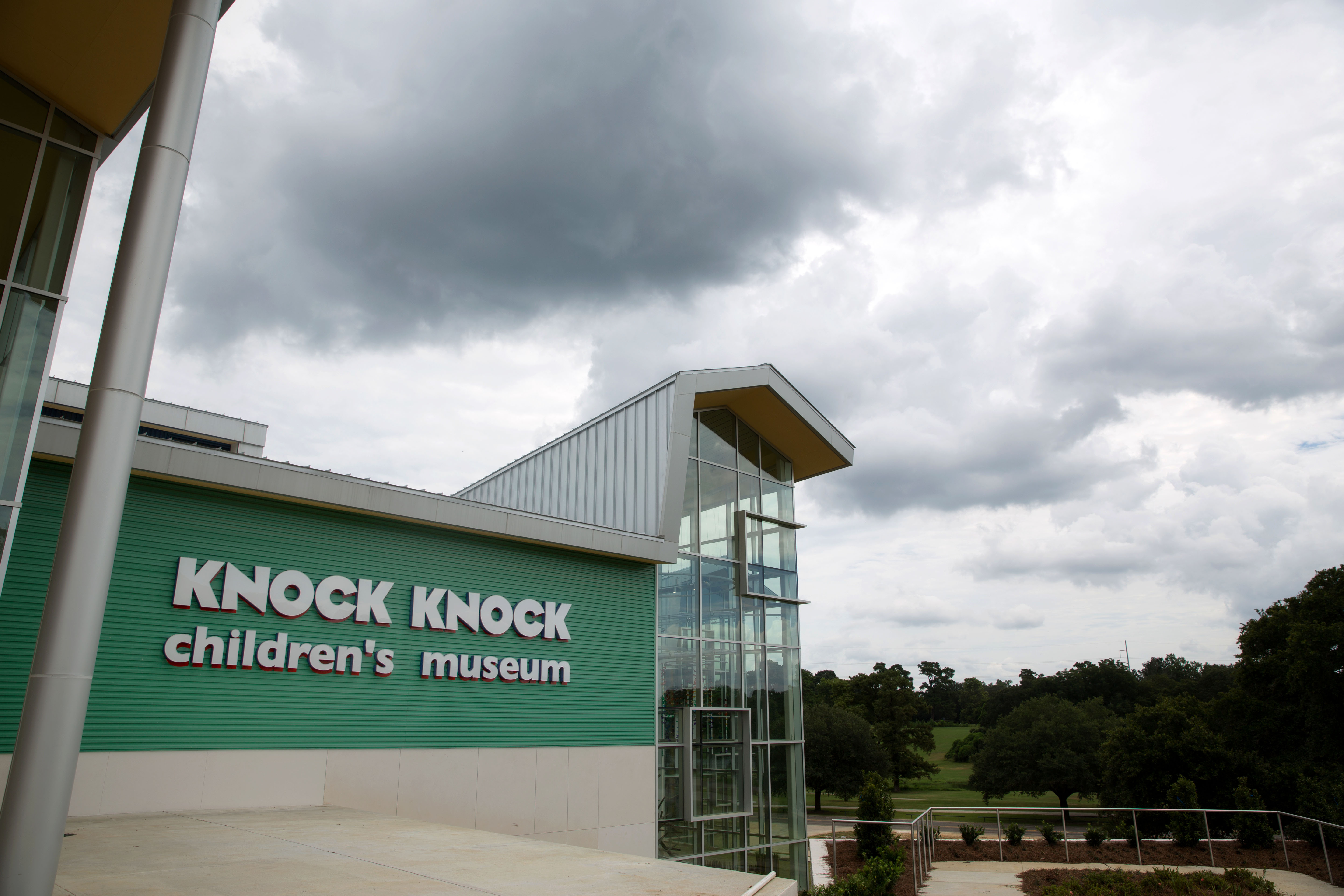 Thirteen years of planning, research and fundraising went into the reveal of the simply magical museum in BREC’s City-Brooks Park. The attraction captivates young children with 18 learning zones that inspire critical thinking, literacy and exploration. knockknockmuseum.org 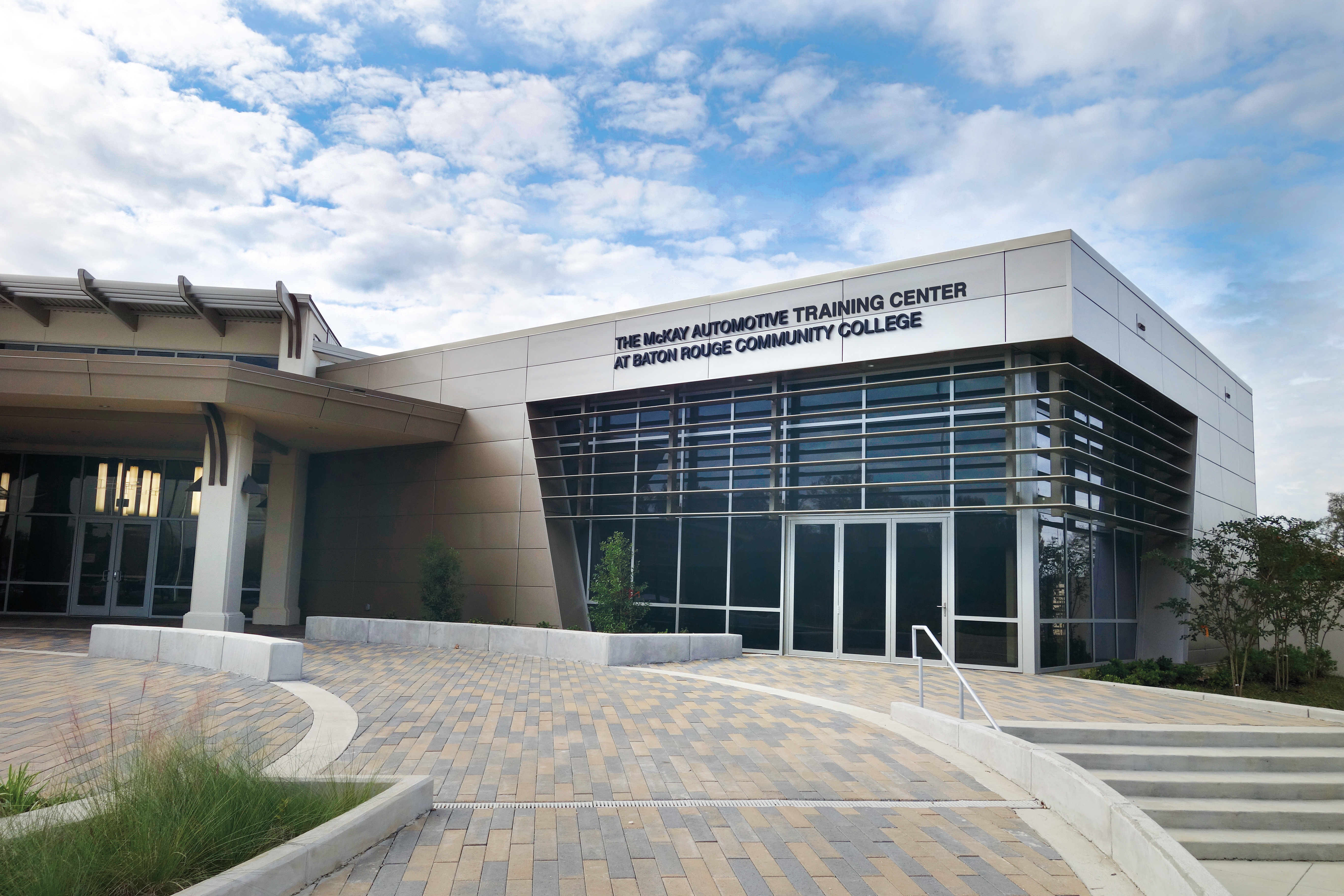 A $51 million public-private workforce training facility at Baton Rouge Community College’s Ardendale campus, the McKay Automotive Technology Center opened to provide the next generation of automotive workers with high-tech training in a sought-after field. Until it opened, mechanics had to go out of state to get this kind of education. mybrcc.edu 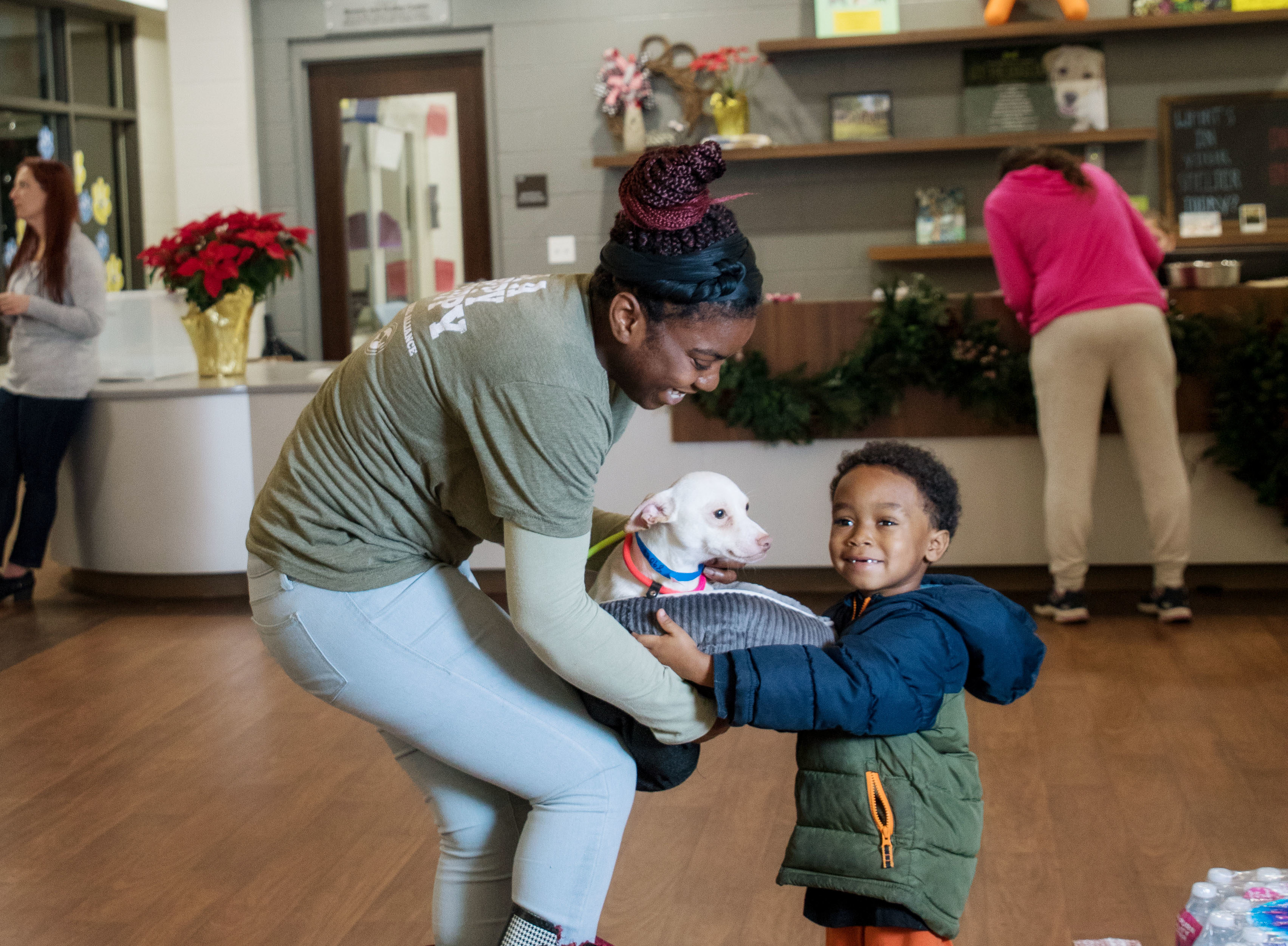 The new Companion Animal Alliance shelter has been a game changer for the care of animals. Built with almost $13 million in privately raised funds and on land donated by LSU, the shelter’s adoption programs have helped significantly reduce the kill rate. The shelter includes climate-controlled kennels, high-quality veterinary treatment, an equine pasture, dog park and a disaster relief shelter for evacuated pets. caabr.org 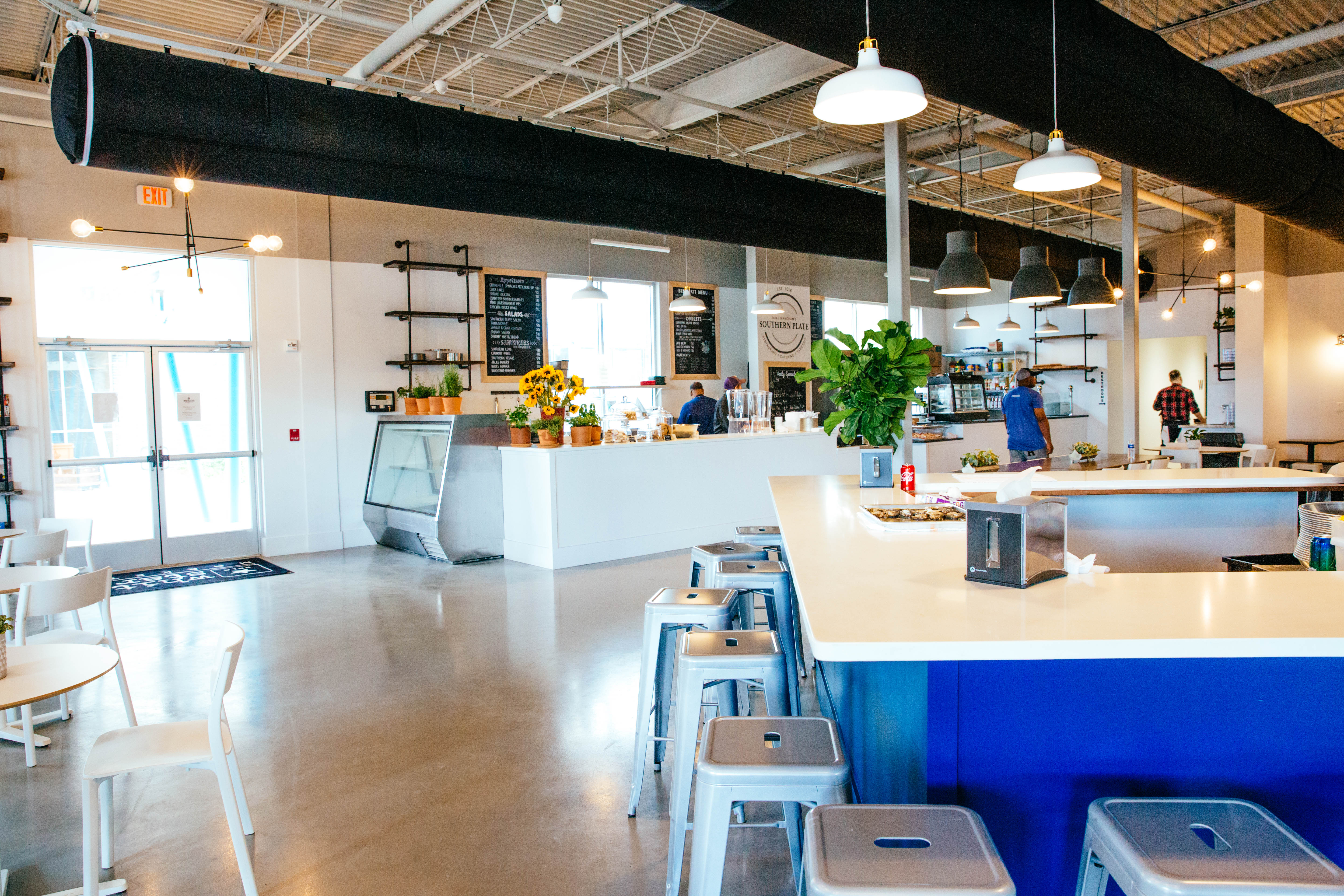 The urgency of Louisiana’s diminishing wetlands was just part of the impetus behind the Water Campus, a multimillion-dollar project now positioning Baton Rouge as a global hub for rising seas research. The stylishly designed riverfront facility is home to the Center for Coastal & Deltaic Solutions, The Water Institute of the Gulf, the Coastal Protection and Restoration Authority and the LSU Center for River Studies, where a massive model of the Mississippi River can track the movement of water and sediment. thewatercampus.org

If downtown is Baton Rouge’s “living room,” North Boulevard Town Square is its couch. The plaza, which was completed in full last year, is a gathering spot for fun runs, concerts, parades and festivals. The square’s public stage is flanked by the wave-like “Crest” sculpture, café seating, shade trees and pedestrian paths. downtownbatonrouge.org 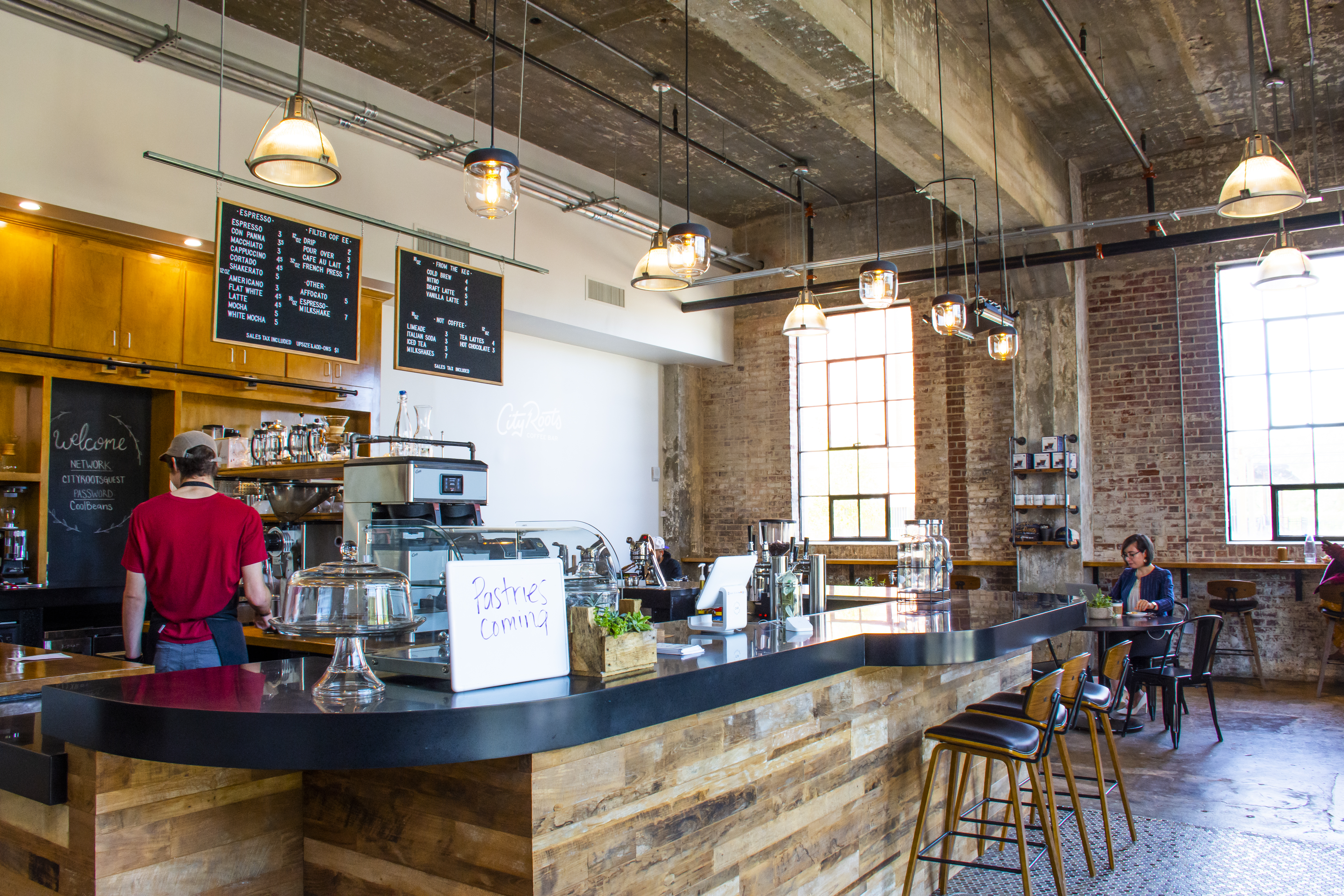 One of the most-buzzed-about developments, the mixed-use Electric Depot on Government Street helped push the revitalization of downtown east. It gave us a place to bowl with friends, listen to live music, enjoy a meal and rent a stylish apartment. COVID-19 has slowed its action this year, but the grounds recently became the new home of the Mid City Makers Market. electricdepotbr.com

This summer saw the long-awaited opening of the new Downtown Library, where contemporary design elements and a fourth floor outdoor terrace make reading an absolute pleasure. The building was under construction beginning in 2016, but a 2018 structural failure and the 2020 pandemic led to delays. Children’s and teen’s areas, a recording studio, and a digital maker lab for 3D printing and arts and crafts made the long wait worth it. ebrpl.com 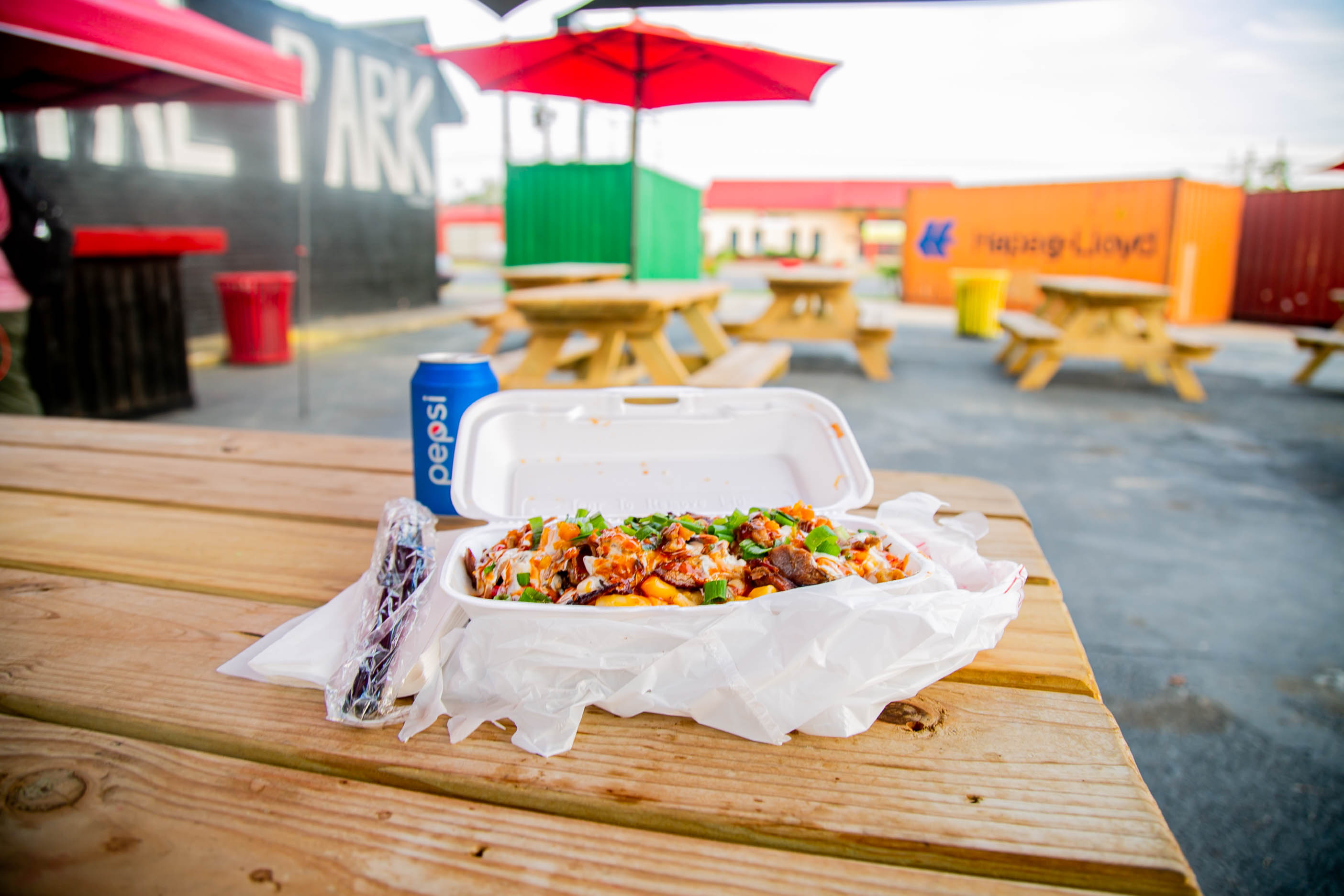 The brainchild of 24-year-old Baton Rouge native Cameron Jackson, Millennial Park is the area’s first gathering place made from shipping containers. The Florida Boulevard property features shaded seating surrounded by what will soon be six fast-casual concepts set in shipping containers, the first of which opened this summer. The park’s drive-in movie nights have routinely sold out, scooped up by those looking for safe fun during the pandemic. Next up: Jackson’s developing Millennial Park Produce on North Street in Mid City. millennialparkbr.com