When Dennis Quaid came to Baton Rouge in 1987 to film Everybody’s All American, it was a very big deal. But during the heyday of “Hollywood South,” roughly the mid-2000s through the mid-2010s, celebrity sightings became practically routine. You can still spot a famous face around town from time to time. Here, residents share some of their most memorable celebrity encounters. Tell us about yours in the comments section below. 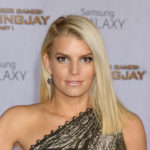 While in town to shoot The Dukes of Hazzard in late 2004 or so, Johnny Knoxville, Jessica Simpson, and members of the Broken Lizard comedy troupe could be found hanging out at Clicks Billiards on Corporate Boulevard. Via Twitter, Kyle Bailey describes the Broken Lizard guys as “super nice.”

State Capitol reporter Melinda Deslatte was pacing and arguing loudly on the phone with her electric company about an improper charge when she happened to turn around and see Jude Law. He was at the capitol to shoot the 2006 political drama All the King’s Men and seemed amused by her rant. 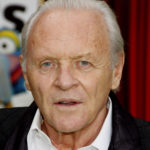 PR pro Melissa Landry recalls sharing the governor’s small private State Capitol elevator with Anthony Hopkins, who also was in All the King’s Men. “He was very nice and charming,” Landry says in a Facebook post, “but I was scared to death he was going to eat my face.”

Political speechwriter Lauren Leist spotted Pitch Perfect star Anna Kendrick in the quad at LSU. They didn’t actually meet, but they did experience “one of those awkward eye-contact moments,” Leist says. 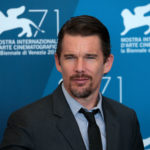 Ethan Hawke has been involved in at least two locally shot films: 2016’s The Magnificent Seven and this year’s Blaze and has been seen around town by a number of residents. Michael DiResto, BRAC’s executive vice president, spotted him at Red Zeppelin Pizza.

Business development strategist Eric Dexter saw Morgan Freeman at Renaissance Hotel in 2012. Unfortunately, Dexter didn’t speak with Freeman, so he didn’t get to hear the Voice of God firsthand. 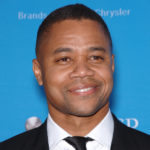 In about 2008 or 2009, Cuba Gooding Jr. petted Katherine Parys’ dog Otis while she and Otis were out for a walk in Spanish Town. Parys, a research entomologist (that’s a scientist who studies insects), was in grad school at LSU at the time. “He was really nice,” she recalls. “I”m pretty sure my dog jumped up and ruined the shirt he was wearing, but he just laughed.” 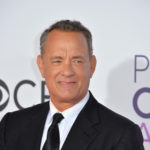 Kelsey Grammer attended the 2016 Louisiana International Film Festival screening of his film Breaking the Bank. State Capitol journalist Elizabeth Crisp Dellenger reports the movie wasn’t very good, but she at least had front-row seats for the post-film Q&A with the Frasier star.

This year, Tom Hanks has been seen dining at The Velvet Cactus, City Pork Brasserie & Bar and Galatoire’s Bistro. He’s been photographed waving from the U.S.S. Kidd, where he was shooting his new movie Greyhound. The actor sometimes described as “America’s dad” is reportedly as affable as one might expect. 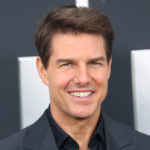 Dellenger’s husband, sportswriter Ross Dellenger, can probably claim the most memorable Baton Rouge celebrity sighting after running into Tom Cruise in a Tiger Stadium suite bathroom during the 2015 LSU-Florida game. “Memorable,” Cruise said of his first-ever college football game, according to Dellenger. “Exciting. Everything else will pale in comparison.” There are a number of jokes to be made here, all of them tasteless, so we’ll just leave it at that.

Click here to read our cover story on Hollywood South making a comeback.

This article was originally published in the June 2018 issue of 225 Magazine.