After leading the Baton Rouge community through a pandemic, multiple storms and a statewide shutdown, Sharon Weston Broome was reelected for her second mayoral term in the December runoff.

Some of Broome’s biggest first-term achievements include receiving a $5 million grant with Build Baton Rouge to help fund the Plank Road master plan, signing multiple local tax executive orders to protect small businesses during the pandemic and installing traffic signal synchronization throughout the city with the MOVEBR transportation and infrastructure project.

It wasn’t all smooth sailing for the mayor, though. She’s been involved in an ongoing lawsuit against the St. George incorporation. She also faced criticism during the election about how she’s dealt with rising crime in the parish.

Now that she’s beginning a new chapter of her time in office, spoke with Broome about her record thus far and what she’s looking forward to in the future.

What’s the one accomplishment from your first term you are most proud of?

Passing the largest infrastructure project in the history of Baton Rouge with MOVEBR. I think it is an example of what happens when people—Republicans, Democrats, young, old, everybody—coalesce around a shared goal and vision. You are able to get things done.

What’s something in your first term you wish you had done better?

With such a large pool of candidates competing for mayor, you had to face public evaluations during debates and in the media. How did you handle the criticism? What critique stuck out to you as something you want to improve on?

I have been a public servant as a leader in this community for decades. One of the things I first learned when I started came from a very wise woman: my mother. She said to me, if you’re going to do this, you’re going to have to develop some tough skin.

Part of being a leader is being able to endure criticism that is not always merited, and keep it moving and continue to lead. The concerns not only of the candidates, but mostly of the constituents, certainly always resonate with me. I am not in denial about any of the challenges we face—I know firsthand, probably more than anybody else does. So it’s my mission to tackle and remove the challenges and turn them into triumph. 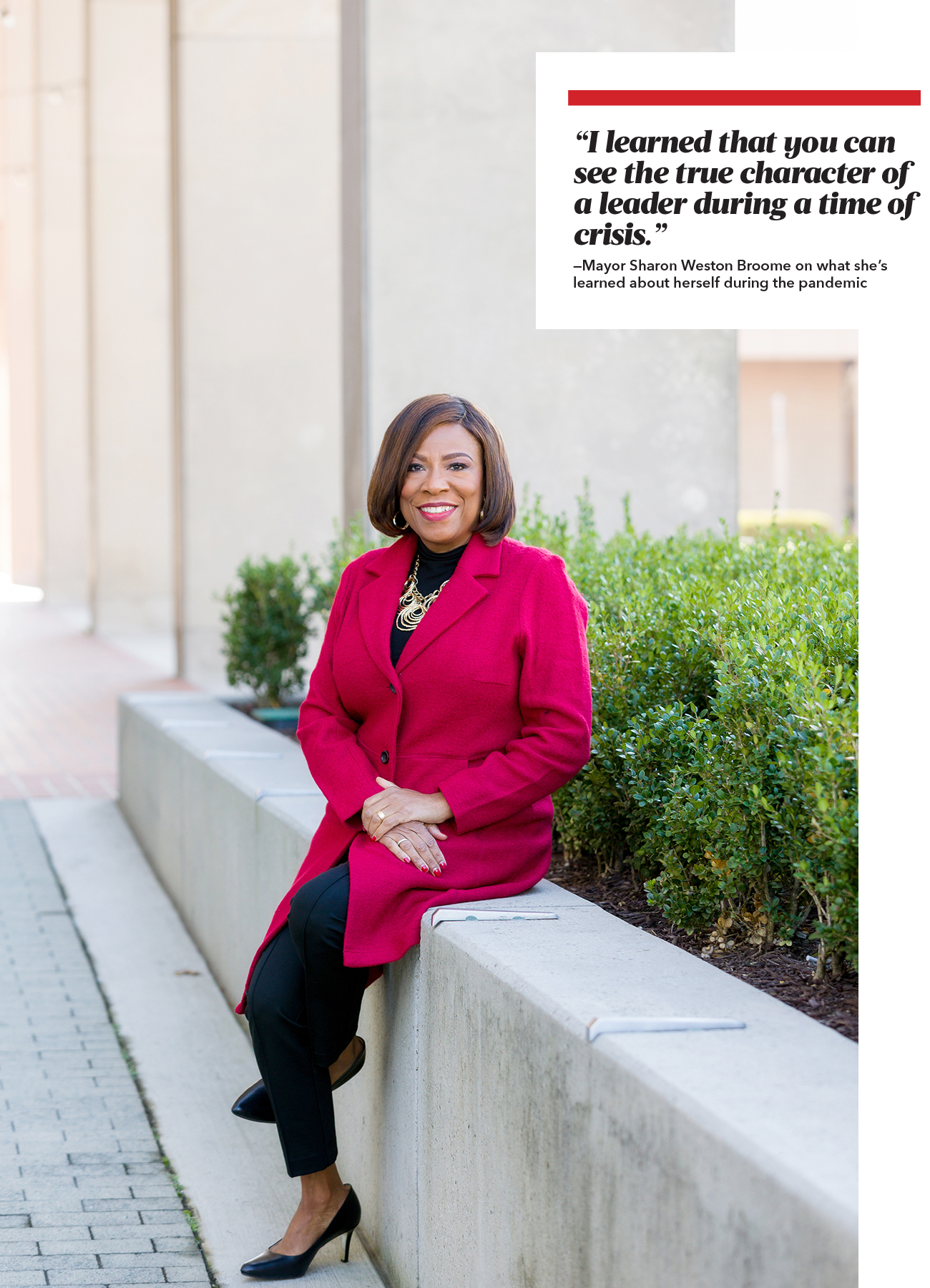 Leading the city-parish through a pandemic is something very few past and future mayors have or will ever experience. What do you see as the biggest obstacle now facing us as we recover from the pandemic?

I believe maintaining hope in the midst of a crisis has to be fundamental and foundational. We’ve been dealing with this pandemic for almost a year, and we’re still not out of it. But better days are ahead. Working with our health care and business partners to protect our economy and our health, in the midst of this pandemic, will be a top priority for me as we go into 2021.

Looking ahead to your second term and beyond the pandemic response, what else is a priority for you? What new initiatives do you hope to introduce during your time in office?

The Safe, Hopeful & Healthy initiative, where we will partner with residents and businesses to help in public safety. That’s going to be a new initiative that will roll out in 2021. We will be empowering communities as resident leaders and violence interventionists to help us create a safe, hopeful and healthy community. We are also going to be working on what we’re describing as a fair-share program to bring equity to our community for disadvantaged business enterprises.

When crime started surging during the pandemic, you were working on short-term solutions as well as focusing on long-term tactics for combating the root causes of crime. With 2020 closing out with record-high homicides, what is the next step?

In addition to the Safe, Hopeful & Healthy Initiative, we are now working on ConnectBlue Baton Rouge, which is a camera share program [where local residents, businesses and organizations give the government permission to view their public-facing security camera footage to aid in solving crimes]. We also will continue to add to our police department, not only with more police officers but utilizing our technology to continue to create safe communities. 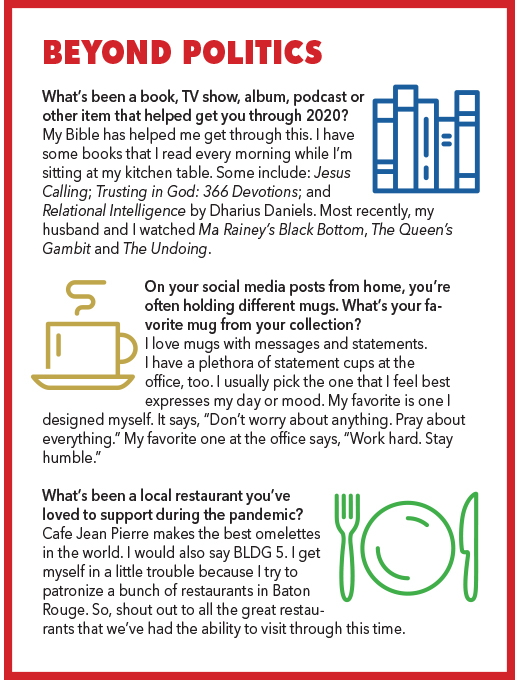 Tell us what’s ahead for the MOVEBR program. What’s one road project on the docket that’s really important and something that will give tangible results for local commuters within your term?

We already started the light synchronization project. But we have 21 projects that are set to begin construction in 2021. They include some areas like South Choctaw Drive, from Flannery to Central, Old Hammond Highway, from Millerville to O’Neill, Dijon Avenue and Picardy and the Mall of Louisiana. I believe there are projects that are touching almost every area of our city and parish. The total traffic signal synchronization will be 470 traffic signals that will be upgraded and connected to our Advanced Traffic Management Center. We will be finished and complete with synchronization by 2022.

In 2021, we will have 21 started, but there’s a total of 70 planned projects [underway impacting the Baton Rouge community]. And among those 70 projects will include Airline Highway. Airline Highway touches both north and south of our community. So I’m looking forward to that.

A large percentage of voters who chose Steve Carter in the runoff are situated in the South Baton Rouge/St. George area. Why do you think your message for a second term wasn’t received well there? What do you plan to do in your second term that would directly benefit them?

Some people aren’t understanding the motivations behind the litigations that are involved. I don’t think anyone would argue with the fact that a city should have a plan. If you’re trying to start a city, you don’t start the city and then develop the plan. You show the plan, and then you start the city. And to date, they have not shown us a plan. I think that’s why I didn’t get overwhelming support from that area. But everyone in that area is not in agreement with a breakaway city. I still represent them and will continue to represent them as mayor-president. I never will neglect any constituent or community. Many of the projects, such as storm water drainage, will help the people in that area. I will work with them if they have other community goals they want to discuss with me.

If you weren’t jumping into your second term as mayor, what else would you see yourself doing?