Sometimes it’s hard to know you’re witnessing history as it’s unfolding in front of you. More often than not, it takes the benefit of hindsight to put things into greater perspective.

That wasn’t the case with the 2019 LSU football team.

It didn’t take long to know something special was brewing in Baton Rouge this past season. If you took the players and coaches at their word (I wish I would have), you may have even seen it coming before the Tigers ever took the field in August.

My journalism career isn’t nearly as extensive as a lot of my cohorts who covered LSU, but I’ve been lucky enough to be a part of some major sporting events: a BCS national championship game in 2011, an MLB playoff run, a US Soccer Gold Cup tournament to name a few. Nothing was quite as mesmerizing as watching Joe Burrow dissect defenses week-in and week-out en route to a Heisman Trophy, SEC championship and national title these past few months.

Every game gave you something remarkable to talk about leaving the stadium. Whether it was Ja’Marr Chase racking up 200-plus yards and four touchdowns any given Saturday, Clyde Edwards-Helaire continuously proving his doubters wrong, or watching Derek Stingley Jr.’s promising young career blossom, there was never a lack of characters or storylines to take in.

As memorable as the games were, it’s the personalities that may linger longer in my memory.

Aside from all the stars mentioned above, you had the entire Fehoko family performing the Haka that drew national attention. Justin Jefferson carried on his family’s legacy at LSU despite being an overlooked 2-star prospect out of high school. The Cajun King Coach Ed Orgeron silenced his haters by leading the entire charge in enthusiastic and charismatic fashion.

Just about every element of the season was memorable, leading Jerit Roser and I to repeat the same sentiment countless times throughout the season on 225’s Tide Pride Podcast: “I hope LSU fans are appreciating what they’re watching, because this is something special.”

Admittedly, that’s easier said than done. I had to continuously remind myself to soak in the atmosphere as LSU progressed throughout the season, making history each week along the way.

It was surreal to be at the center of the action filming every pregame walk down Victory Hill, chatting with the future Heisman Trophy winner at every postgame interview session and, of course, being on the field for the pageantry of a national title game. Those are moments I’ll never forget—and I don’t think many throughout Louisiana will either.

BASKING IN THE WIN

Contributing photographer Jordan Hefler on this emotional shot of Coach Ed Orgeron: “Whenever the game ends, it’s a mad rush to ditch your long lenses and run onto the field to get shots of the coach and the team. I was preparing myself for the possibility of winning—and knowing if we did win this game of all games, it would be madness trying to elbow my way through all the other photographers and get a good shot of anything. I hadn’t had much luck doing this for normal games, so I was really excited this time to be able to capture Coach O’s expression post-win at the national championship with the confetti in the background.”

WHAT A WAY TO CELEBRATE

Contributing photographer Kristin Selle on this photo of Joe Burrow at the Championship Celebration Jan. 18: “Having grown up in New Orleans, there’s a special place in my heart for Mardi Gras and our Tigers. Photographing an explosive season like this one was such a dream, and a parade to celebrate was the perfect way to end it!”

CHAMPIONSHIP PARADE
Fans lined up around campus despite a cloudy, rainy day to celebrate the LSU football team during the Championship Parade Jan. 18. 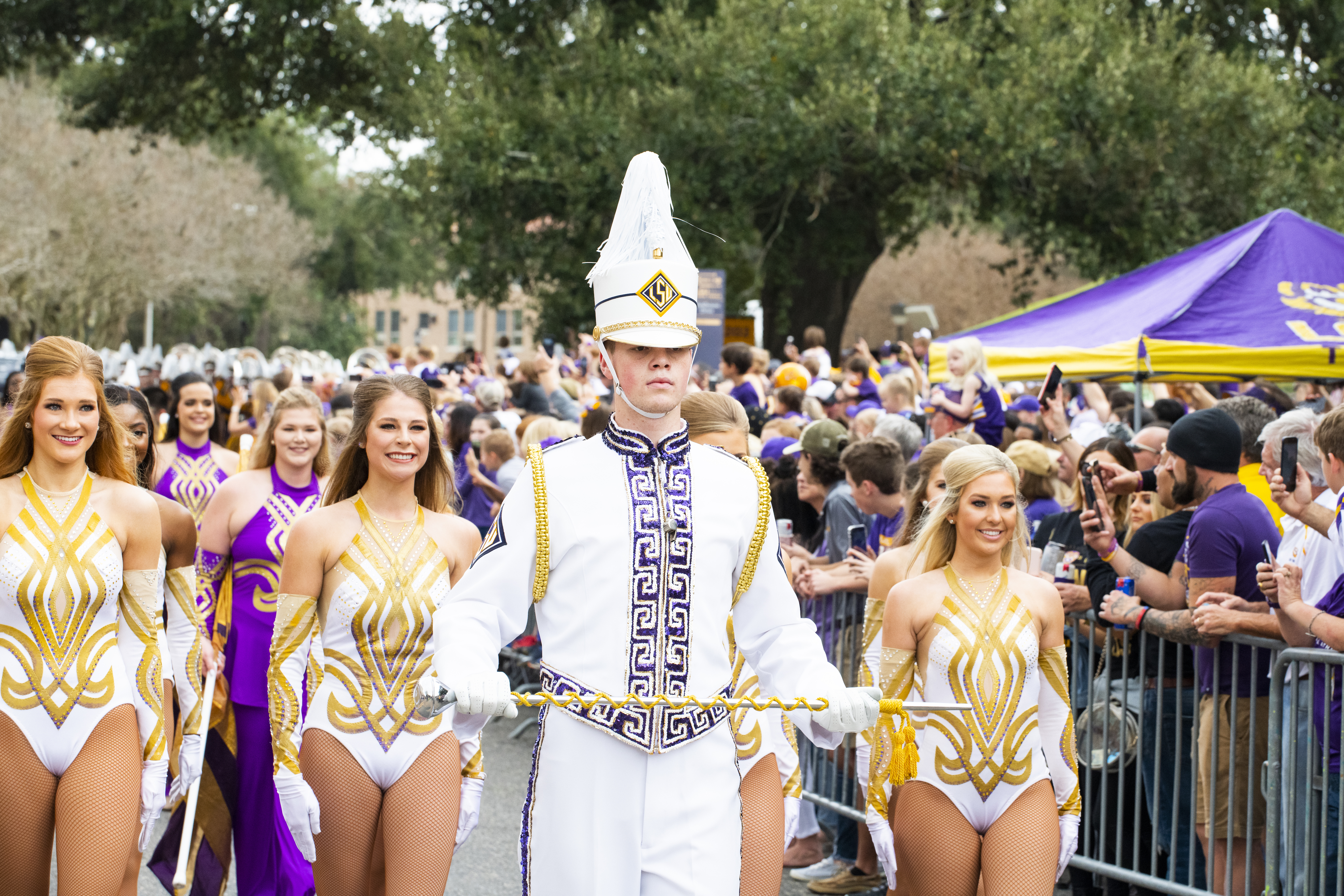 This article was originally published in the March 2020 issue of 225 Magazine.