Her eyes gleam and her hands dance as she talks about the things going on in her 7-year-old life. There’s her passion for big, juicy sour pickles, her love for sequined shirts and her recent, mind-blowing backstage meeting with Blake Shelton at the Bayou Country Superfest in May. Her face is open and earnest as details pour out, words punctuated with the occasional falsetto chirp for added emphasis.

Listening to her, it’s no surprise this expressive Ascension Parish native is a budding actress with her own agent, a recent speaking part in an independent film and lots of forthcoming auditions. None of that has gone to her head, however. In fact, what’s most striking about Daisy is that she seems to be completely unaware of her charm.

Her earnestness stems from life experience. It’s not obvious to most people she meets, but Daisy suffers from a rare autoimmune disease called Juvenile Dermatomyositis, or JM. The immune system of children with the disease attacks blood vessels, causing skin rashes and muscle weakness and inflammation.

JM currently affects 3,000 to 5,000 kids younger than 16, or about one to three per 1 million people, in the United States. There is no known cure for the disease.

Depending on symptoms, children are treated with existing therapies normally used for other conditions. Daisy’s treatment includes painful intravenous immunoglobulin therapy delivered through a port in her chest every month, along with other medications.

Her energy level and overall health are routinely up and down, and life revolves around the latest lab report. Last year, Daisy’s parents, Kristen and Luke Prescott, decided to homeschool Daisy because the traditional school schedule was too much.

What the future holds for kids with JM varies from patient to patient, say experts, because there is still much to be learned about the condition.

“JM just doesn’t have the research dollars that other, more well-known diseases have,” says Kristen, who has worked since Daisy was diagnosed at age 3 to increase awareness about the disease and raise money for research. “It’s been very grassroots. There’s no famous celebrity, no telethons or major events that help spread the word. We’re a bunch of moms and dads working together and doing the best we can.”

What the cause does have, Kristen says, is Daisy. Even while managing her life-threatening chronic illness and forming the nonprofit Cure for Daisy, the Prescotts discovered along the way that Daisy has a talent for acting.

It happened in 2015 when the marketing team at Our Lady of the Lake Regional Hospital Foundation asked Daisy, then 5, to shoot a video for the annual gala on being a patient at the hospital. The foundation’s marketing team had heard about Daisy’s funny, quirky personality from her caregivers and thought she’d be a perfect messenger for the hospital’s pediatric services.

“That night at the gala, she just blew everyone away,” Kristen says. “She was just such a natural in front of the camera. We had no idea.”

Former LSU head football coach Les Miles was there that evening, and he told the Prescotts that Daisy needed an agent. 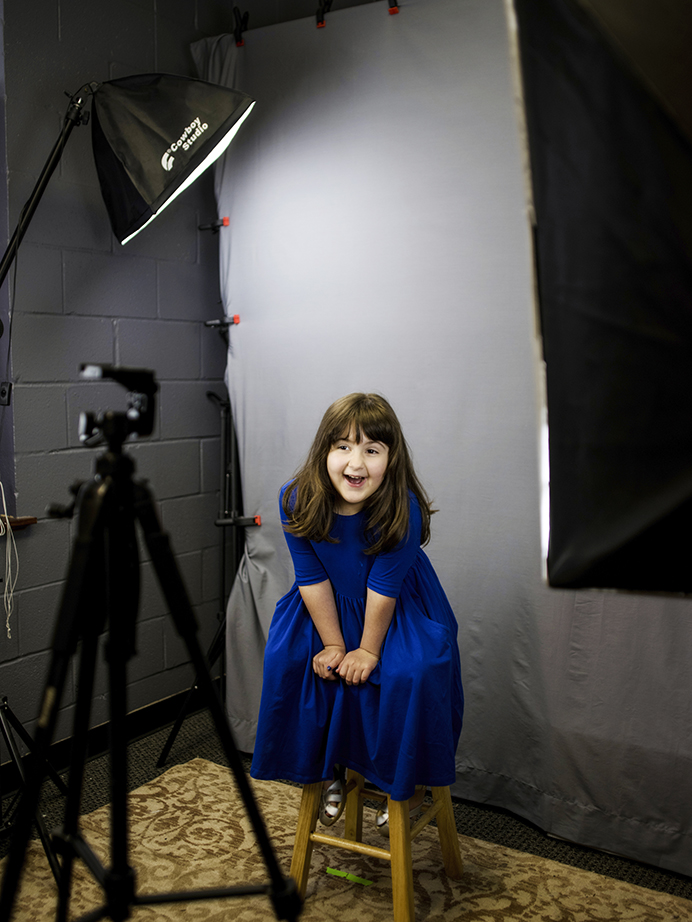 They decided to take his advice. Daisy began taking local acting classes. It was a welcome distraction from her illness. She began working with an agent and learned about the audition process for films. Daisy is the first to admit she’s terrified about the prospect of acting on stage, but there’s something about the camera that makes it easy and fun. So far, she’s been cast in three movies, including a role as a flower girl in an independent film shot in Mississippi called Fighting Belle. It was her first speaking part.

Working now with agents at Atlanta- and California-based firms, Daisy is auditioning actively for movies, hoping she’ll get her big break.

In the meantime, rejections don’t phase her.

Like any 7-year-old, she moves on to the next big thing. Except in her case, that big thing can be a surprise meeting with a mega-star.

Kristen, who works tirelessly to spread the word about JM through events and social media, successfully arranged for Daisy to attend a small backstage meet-and-greet with Blake Shelton after the Bayou Country Superfest in New Orleans.

But when the time came to enter Shelton’s dressing room, Daisy froze. She told her mother she couldn’t go through with it. Shelton’s production team distracted her with a quick tour around the backstage area. When Shelton finished visiting with other fans, he surprised everyone by coming out to look for Daisy. She burst into tears and ran to him. The two embraced and visited for several minutes.

It was a life-changing moment for Daisy and something she’ll never forget, Kristen says. For the family, it’s also an opportunity to spread the word about a disease most people have never heard of. After posting about the experience on social media, the Cure for Daisy Facebook page gained a lot of new followers.

“As bad as it gets sometimes, I’ve never questioned, ‘Why us,’” Kristen says. “I know why. She’s magic. She makes an impression. My goal is to have everyone in Baton Rouge know who Daisy is.” Find Cure for Daisy on Facebook.