Have you heard of The Griddy? You may have noticed the trending dance taking over TikTok, athletes doing it as a victory celebration during sporting events or spotted videos of celebrities like singer Ciara Wilson and WWE wrestler Kofi Kingston hitting The Griddy online.

Before going viral on social media in 2021, this worldwide dance sensation was originally started in 2017 by New Orleans native Allen “Lah Griddy” Davis. He was a freshman at Landry Walker College and Career Preparatory High School when he started doing the dance and was filmed by a friend on Snapchat. The following day, he woke up to screen recordings of his dance being shared and saw people trying to do it themselves. He then named the hoppy, light heel-tapping dance after himself: “The Griddy.”

“I just thought it’d be a regular dance,” Davis says. “I never expected it to go this far.”

When Davis was in high school, he trained for football with Bengals wide receiver and former LSU player Ja’Marr Chase. Chase then introduced the dance to LSU football players, and they eventually started doing it at NFL games as a celebratory dance move. In weeks, The Griddy spread like wildfire. Davis’ dance was on TV and phone screens everywhere.

Athletes from football, basketball, baseball, soccer and wrestling have been filmed doing the Louisiana-made dance after touchdowns, scores and wins. Some athletes include Alex Bregman of the Astros, Lebron James from the Lakers, Ziaire Williams from the Grizzlies and former LSU Tiger and Rams wide receiver Odell Beckham Jr.

“My dance is really for champions,” Davis says.

Since the dance went viral, people have created their own variations and versions of The Griddy. The original dance includes small steps, with pressure on your heels and your toes pointed up. Lightly hop from heel to heel while moving in a forward motion. After a few hops, put your hands in the shape of lowercase Bs (for Big Billionaire), look through your hands and swing your arms behind you. (You can watch videos of Davis doing the dance on his Instagram at @lahgriddy.)

The dance is now more than a social media trend. It made its way to video games and mainstream music. It’s featured in the video game Fortnite, so players can purchase the dance move to use in the game. Lil Wayne mentioned it in the song “Anti-Hero,” and Quavo from the hip-hop trio Migos mentioned it in Gucci Mane’s song “First Impression.”

“Ciara and Russell Wilson, people I used to watch on TV, are hitting my dance,” Davis says. “ESPN mentions my dance every month. I just want my recognition.”

And so, he plans to continue sharing The Griddy dance with the world.

He sells Griddy merchandise online and dreams of eventually opening his own store with Griddy-themed apparel, traveling the world to perform his music and dance—and someday having a Griddy statue at LSU. Find Griddy merch and more at getgriddy.live. 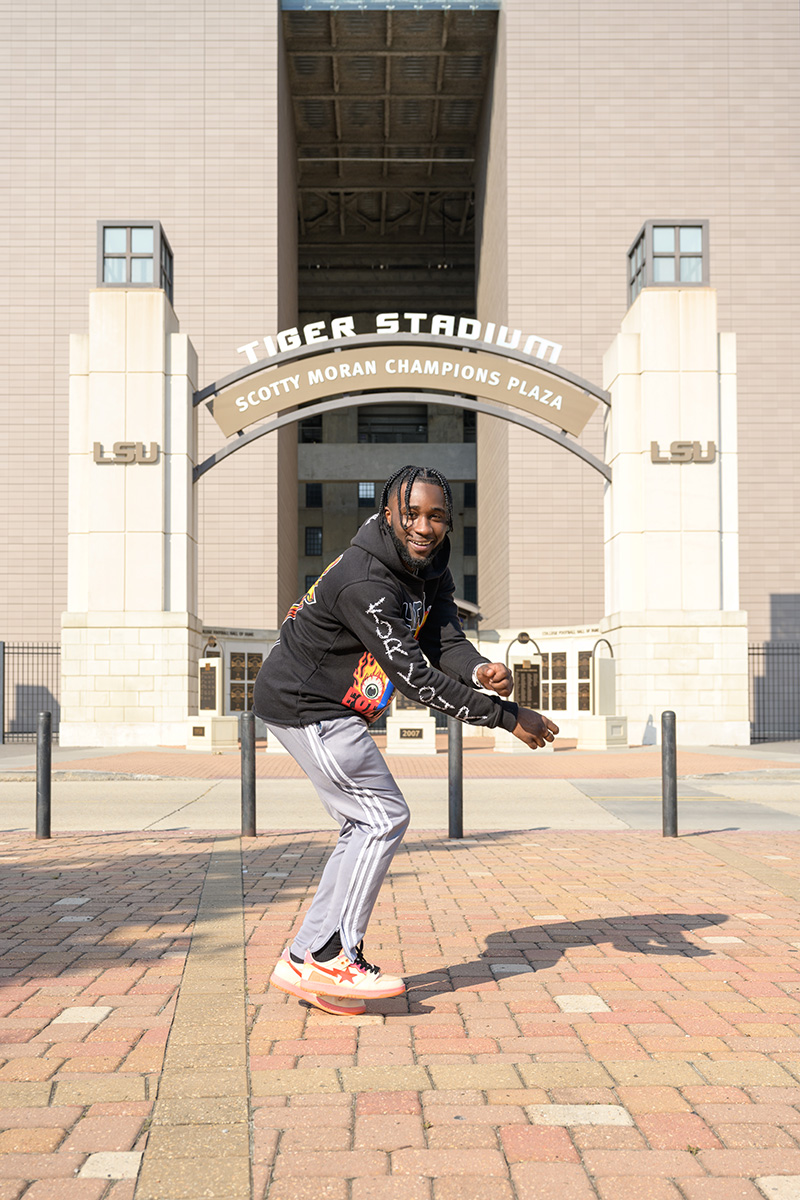 1. One-two tap. Alternate tapping your heels back and forth. Don’t forget to have a little bounce in your step! 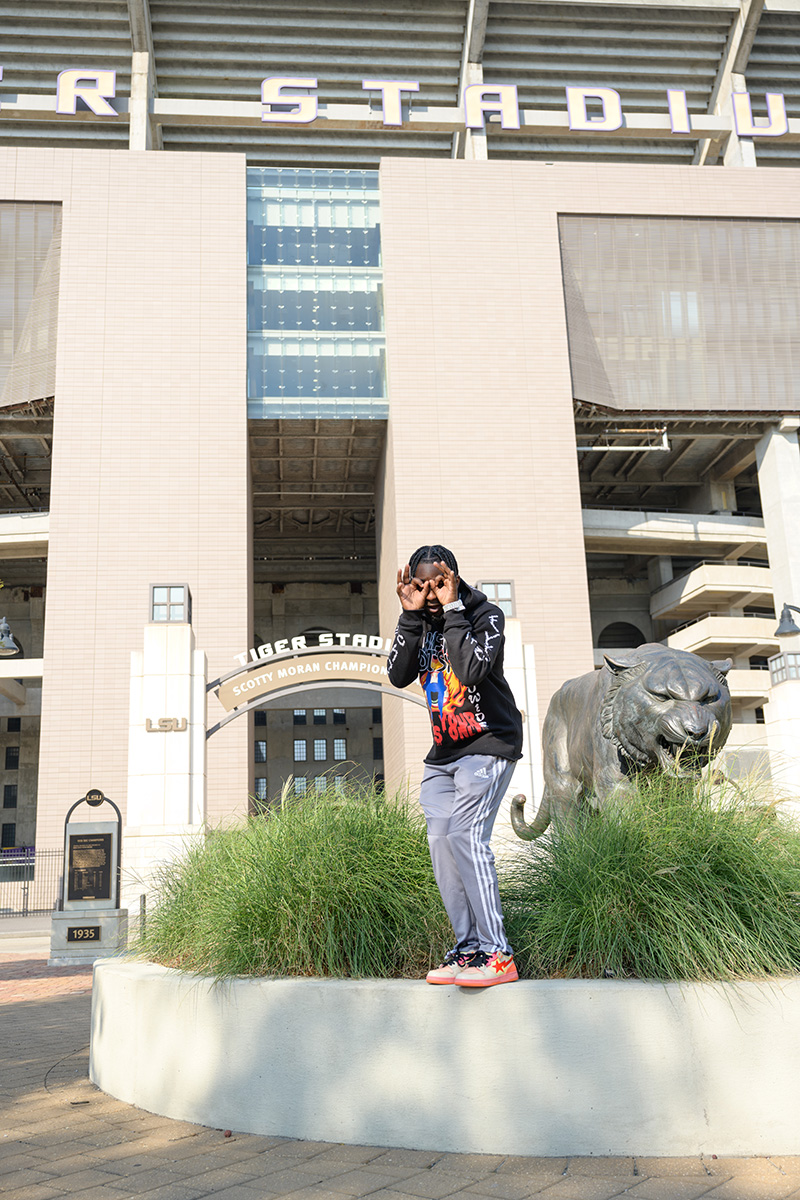 2. Put your B’s up. Swing your arms down by your side and then up to your eyes, almost like hand goggles. 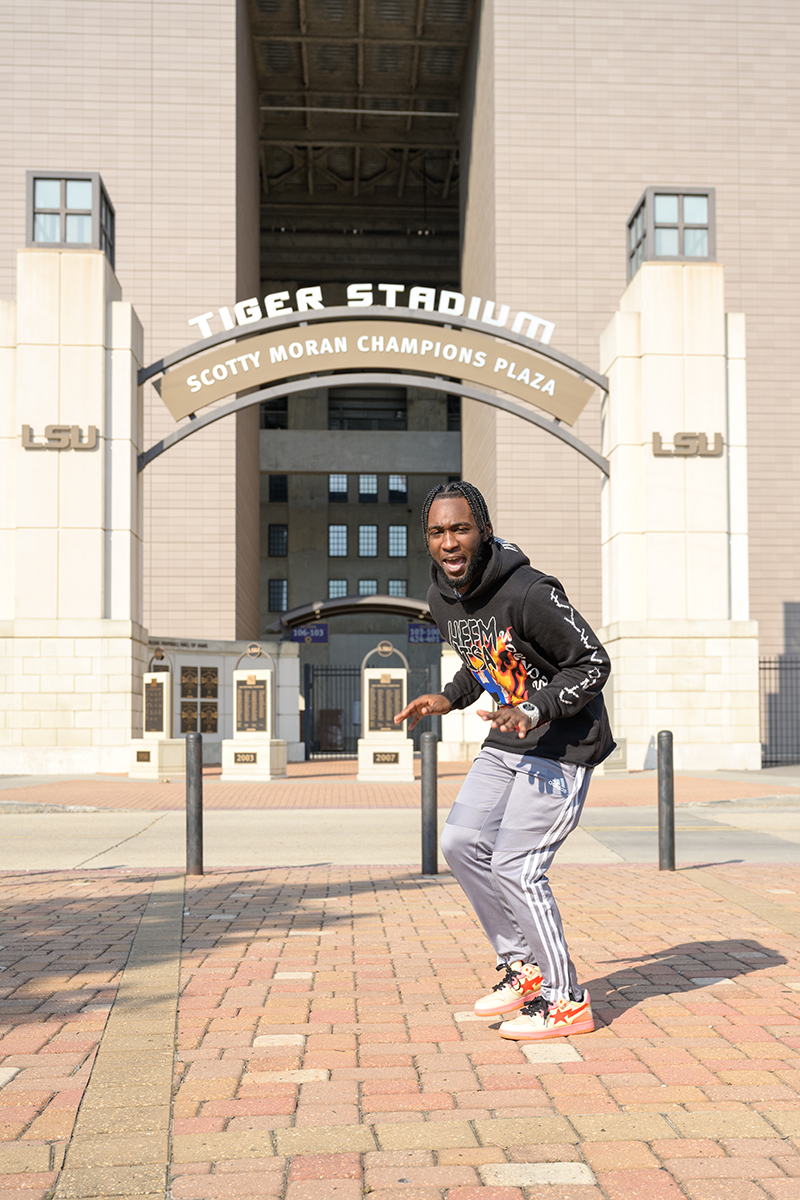 3. Shoulder work. Swing your shoulders side-to-side in rhythm with your heel taps, or add your own little flair. 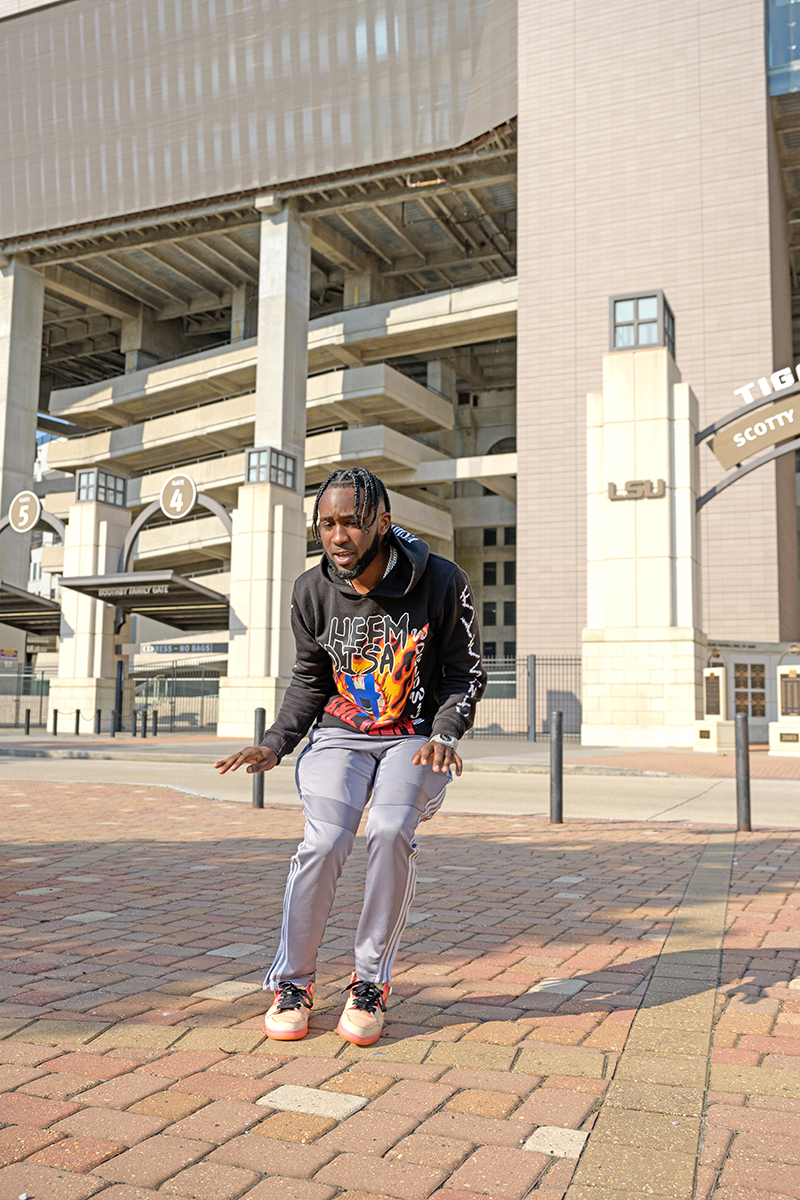 4. Show off. Go score a touchdown—so you can show off your slick new moves.