It didn’t come as much of a surprise that LSU coach Ed Orgeron parted ways with defensive coordinator Bo Pelini after just one season back in Baton Rouge. The Tigers were historically bad on that side of the ball throughout much of the season, giving up 492 yards (second to last in the SEC) and 34.5 points (11th in the SEC) per game in 2020.

The first name at the top of the list to replace Pelini was former Cincinnati defensive coordinator Marcus Freeman. LSU interviewed the 35-year-old rising star, and Orgeron felt good about where they stood when he left Baton Rouge. Ultimately Freeman snubbed the Tigers for the same position at Notre Dame, which is much closer to his hometown of Huber Heights, Ohio.

Next down the list was New Orleans Saints’ defensive line coach Ryan Nielsen, who played under Orgeron at USC back in the early 2000s. The Tigers head coach even publicly complimented Nielsen, calling him a “primary candidate” for the position. Fast forward just a couple days later, and Nielsen had signed a three-year extension with the Saints that included a promotion to assistant head coach.

Missing out on Freeman and then Nielsen is not only a blow to LSU staff-wise, but also in the eyes of the public. The Tigers were open about who their top candidates were and have now been left scrambling for a third-choice coordinator to run the defense.

So, who is left? Most names being thrown out there now are pure conjecture, as the reports have died down in recent days. But there are still some candidates out there who could excite the Tiger faithful. Here are three to keep an eye on:

• Glenn Schumann, co-defensive coordinator/inside linebackers coach, Georgia. Schumann fits the general mold you’re typically looking for. He’s young at only 30 years old, and he’d be coming from another SEC school, giving him the proper league experience. Schumann also learned under Nick Saban at Alabama from 2008- to 2014 as both a student assistant and graduate assistant before moving to Georgia. The Bulldogs finished with the second-best defense in the conference last season, giving up just 322.8 yards and 19.9 points per game.

• Barry Odom, defensive coordinator, Arkansas. The Razorbacks’ defensive numbers may not blow you away, but Odom has a solid track record of great defenses in the past. The former Missouri coach had formidable defenses with the Tigers as both defensive coordinator and head coach. He helped bring Arkansas from dead last in the SEC in most defensive categories in 2019 up to the middle of the pack (and better than LSU in many instances).

• Jim Leonhard, defensive coordinator, Wisconsin. This one may be a bit more of a long shot. Leonhard is another young, rising star in the coaching ranks at just 38 years old. He not only played at Wisconsin, but has spent the entirety of his coaching career there, too, rising from defensive backs coach to defensive coordinator. It’ll be tough to lure him away from his alma mater. But it sure did work out the last time LSU snagged a Wisconsin defensive coordinator (see: Dave Aranda). 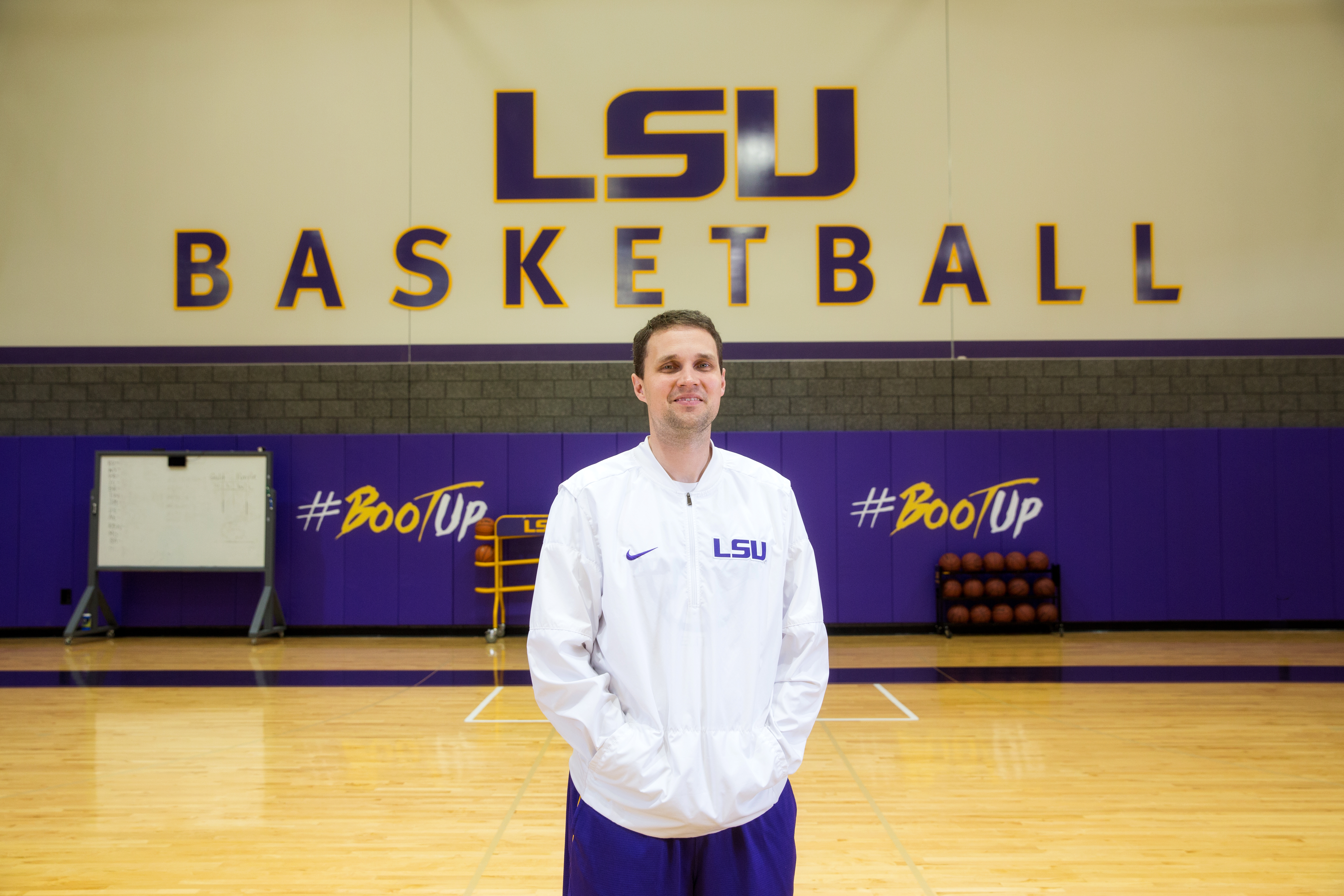 Different sport, same result: LSU basketball on the wrong side of history against Alabama

When LSU and Alabama are battling it out for the best in the SEC, it’s usually on the football field. This time it was the two basketball programs that stole the headlines prior to their bout in the PMAC last week.

The game brought back some haunting memories of prior LSU-Alabama matchups as the Tide went on to set a new SEC record with 23 three-pointers in the games. Alabama connected on its first seven threes of the game to burst out to an early lead and never looked back in the 105-75 win.

Crimson Tide guard John Petty Jr. hit 8-of-10 three-pointers to finish with 24 points on the night, while Joshua Primo and Jahvon Quinerly both hit six from distance, scoring scoring 22 points each.

As brutal as the loss was, LSU’s season as a whole has been one of promise and potential. The Tigers currently sit at 10-3 on the season while showing off a fast-paced, high-scoring offense and a scrappy, aggressive defense. True freshman Cam Thomas leads all scorers in the SEC with 22 points per game, followed by sophomore Trendon Watford in third with 18.1 points per game.

LSU will have another shot to turn it around Saturday when they travel to Rupp Arena to take on Kentucky. You can watch the game on ESPN or listen on 98.1 FM. 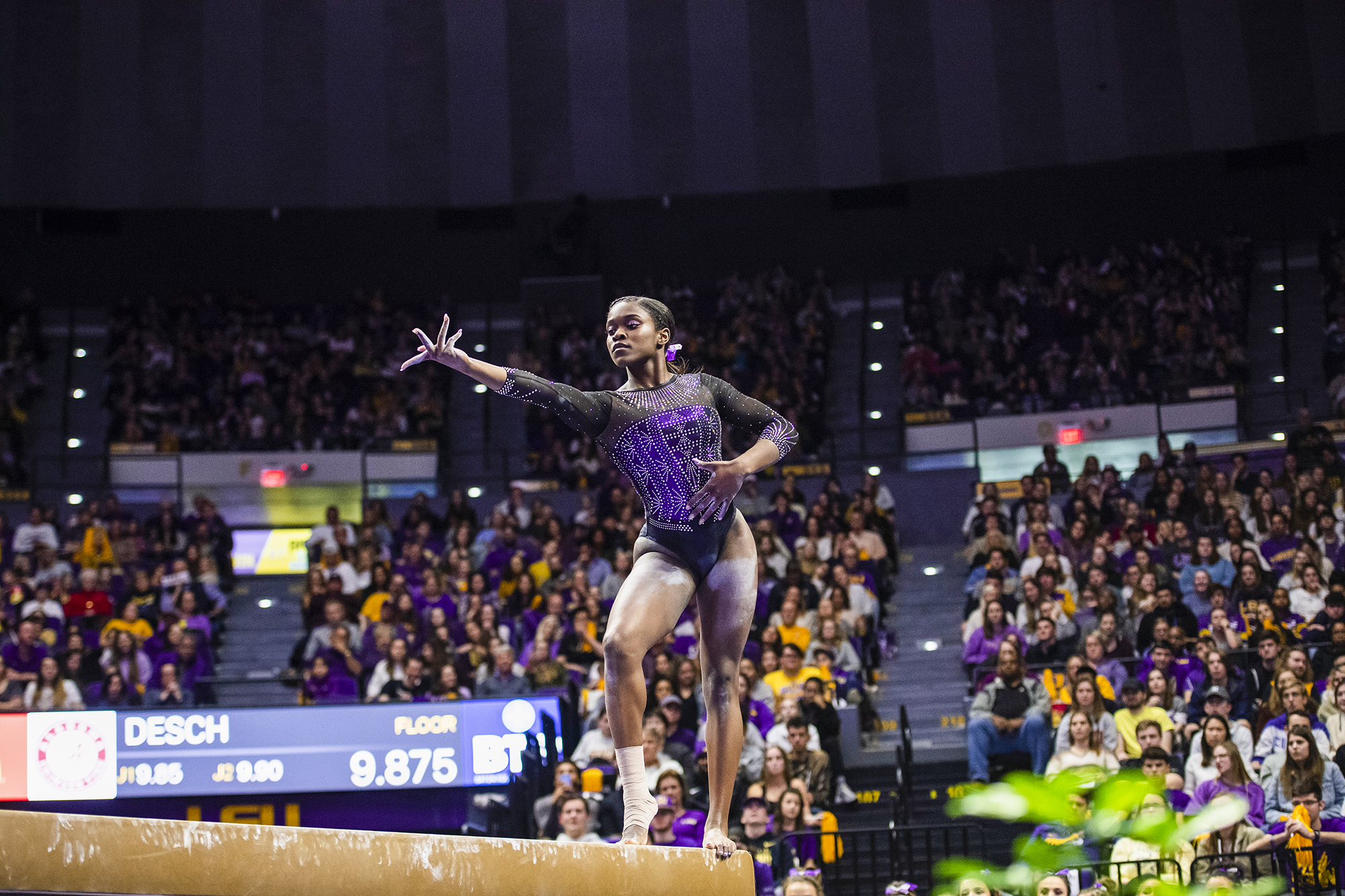 The LSU gymnastics team is off to a solid start in 2021 with a pair of convincing wins against Arkansas to open the season. LSU freshman Haleigh Bryant was named SEC Gymnast of the Week after capturing the all-around title against the Razorbacks, adding to the already high expectations for the season.

The Tigers bring back the talent from last year’s squad that sat at 14-2 before being shut down by COVID, and they’ll look to keep that hot streak going Friday night as they take on No. 11 Georgia in the PMAC.

Aside from being an SEC rival and near top-10 opponent, this meet carries a little extra weight for LSU. Jay Clark, who is in his first year as head coach for the Tigers, is a Georgia alum and spent more than 25 years coaching with the Bulldogs before moving to Baton Rouge.

Tickets for the meet are still on sale at lsutix.com. Introductions are slated to start around 7:10 p.m. with first vault scheduled for 7:35 p.m. Fans are encouraged to read the PMAC protocols before heading to the arena.

Sponsored: Be a part of inRegister’s Weddings issue