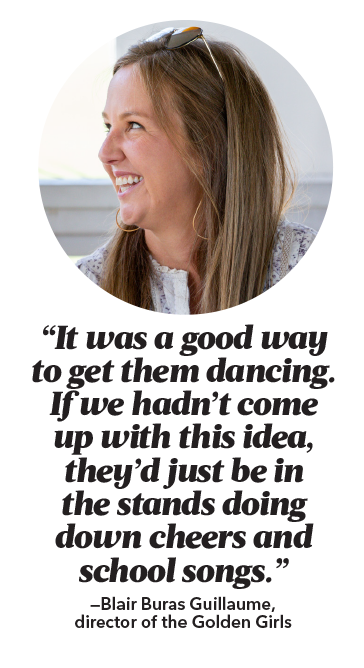 From the Tiger Stadium seats, it may be hard to see the dazzling routines of the Golden Girls as they dance on the field. But it was even harder to see them as they were stuck in the stands during a season affected by a pandemic.

LSU game days were not the same during the 2020 season. With a lower stadium capacity, smaller tailgates and the absence of Tiger Band performances, the school’s first season during the pandemic paled in comparison to the triumphant 2019 National Championship season.

Blair Buras Guillaume, director of the Golden Girls, says she knew the season would look different, but she didn’t know her team would only be performing from their outpost in the student section of the stadium.

“We went into last year not knowing how the whole thing would look,” Guillaume says. “Everyone who auditioned knew that football season was going to be different, and it was.”

Guillaume didn’t let restrictions hurt the team. She worked with the team’s captains to find ways to get creative and to showcase the Golden Girls’ talents to fans—virtually. The idea was to choreograph full routines, film them and post them on social media so everyone could see what the Golden Girls had to offer.

“During a regular season, I feel like a lot of people don’t get to see what we do unless you have those really good seats,” Guillaume says. “It was a good way to get them dancing. If we hadn’t come up with this idea, they’d just be in the stands doing down cheers and school songs.” 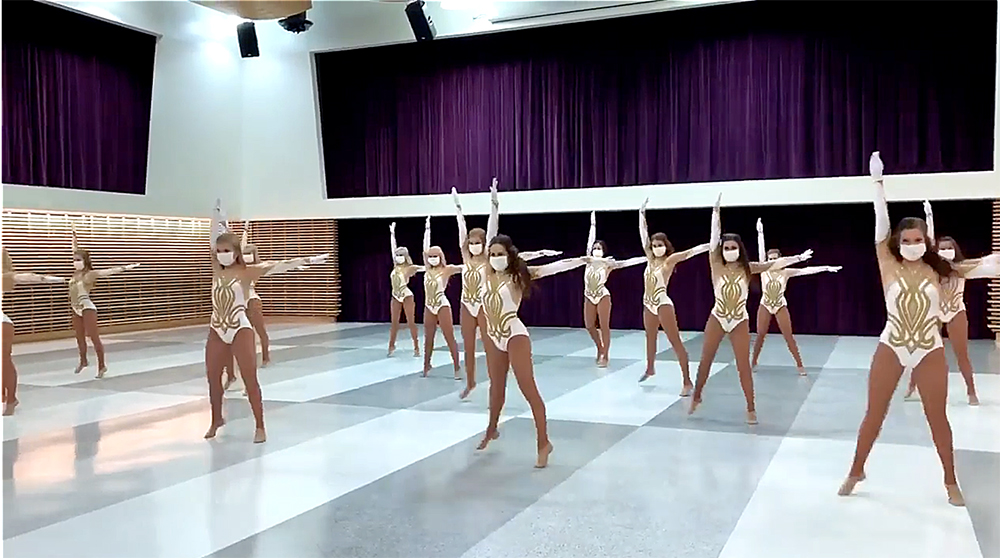 These videos helped the team stay on top of its game during a season that was a little off. Guillaume saw the videos as the best way to help new team members get acclimated with being a Golden Girl and to give the seniors one last chance to experience a full season of dancing.

The team has continued this new tradition in 2021 with more full-out routines, unlike the smaller performances they do on the field with the band. Guillaume says these videos are a great recruiting tool and help the Golden Girls reach a larger audience.

The videoed dance routines were something Ramsi Rodriguez was grateful for as a new Golden Girl in 2020. Even when it seemed like her first season would be affected by the pandemic, Rodriguez says the team still thrived through it all.

“When I made the team, I was still honored and grateful,” Rodriguez says. “Even though our performances were different, I still embraced every second of last year because I got to be a part of such an amazing team.”

Destiny Rooney and Lauren Aguillard, 2021 co-captains, were there for the highs of the 2019 season. They say the pandemic seasons have not been a total loss, but instead provided a time for the team to strengthen its skills and bonds with each other.

“Without times that may seem difficult, it becomes hard to appreciate those times of greatness,” Rooney says.

Aguillard adds, “Last season allowed us to take a step back from the busyness of our lives and appreciate all of the small moments we were given … It also gave us a chance to lean on each other during such a time of uncertainty.” Find the Golden Girls on Instagram at @lsugoldengirls