The sunny, summer morning is quiet, except for the swishing of horse tails and the clip-clop of their hooves as four young riders make their way to the training ring at Sommerview Farm in St. Gabriel.

Aili King, Emma Melville and sisters Stella and Vivian Silva have spent the last several weeks making final preparations for the show of their lives—at least thus far in their equestrian careers. Next month, the girls, their trainer, horses and families will caravan to Lexington, Kentucky, for the United States Equestrian Federation Pony Finals.

Qualifying for the prestigious event, which draws young riders from around the country, is a hard-fought accomplishment reached through a season’s worth of national qualifying events. To earn a spot at Pony Finals, the girls had to earn “champion” or “reserve champion” status (placing first or second overall) at a nationally rated horse show.

The girls have trained six days a week to hone their skills in the hunter jumper discipline, an equestrian category that requires technical precision, control and athleticism.

Rider Stella Silva qualified for Pony Finals by placing first at a horse show in Texas on her white pony, Laughing out Loud. 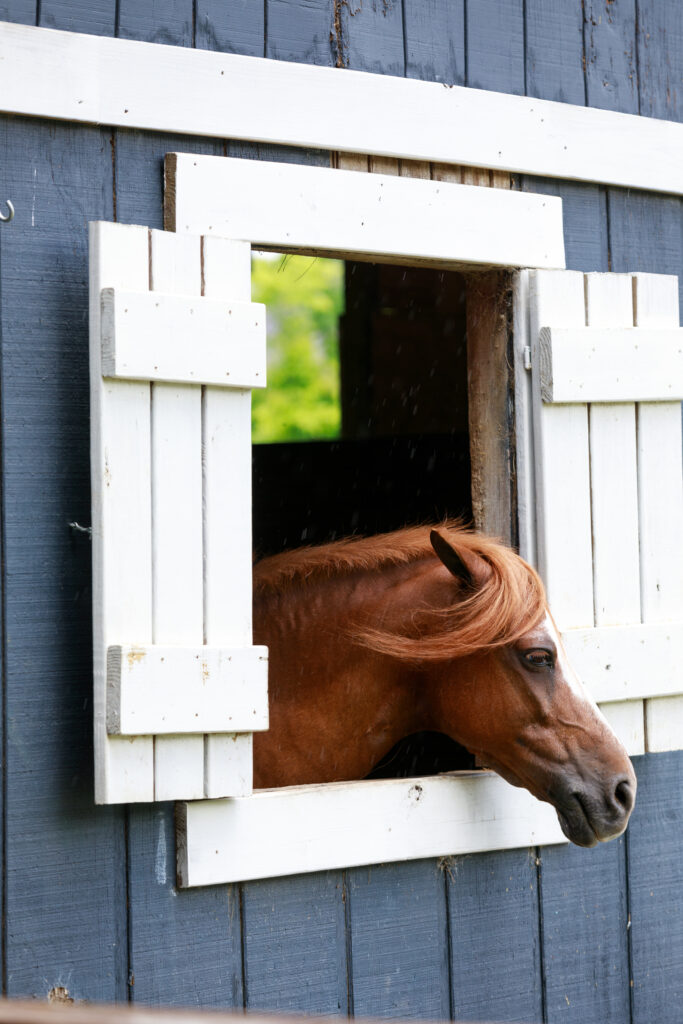 Silva’s little sister, 9-year-old Vivian, qualified for the first time this year on a black pony named Signed in Ink. She says riding has been a journey that’s included learning to get back in the saddle when you fall off—literally.

“It feels good to overcome obstacles. It feels like I’ve accomplished something,” Vivian Silva says. For her, a horse show is “not about the ribbons, but the riding.”

Having four riders make it to Pony Finals is a big deal for Sommerview Farm, a family-owned barn operated by Brittany Sommer DeSalvo, an award-winning equestrian who grew up in Baton Rouge.

The barn, located about 25 minutes from downtown Baton Rouge, offers lessons to riders of any age and ability level. It’s also a boarding barn for families who own horses. Located on a verdant swath of land on Bayou Paul Road, the operation includes two training rings and a large barn with tack rooms, a washing area and stalls that currently hold about 25 horses. A full-time groom lives on the property to give the animals round-the-clock care. DeSalvo also owns a sister operation in Lafayette called Sommerview Oaks. 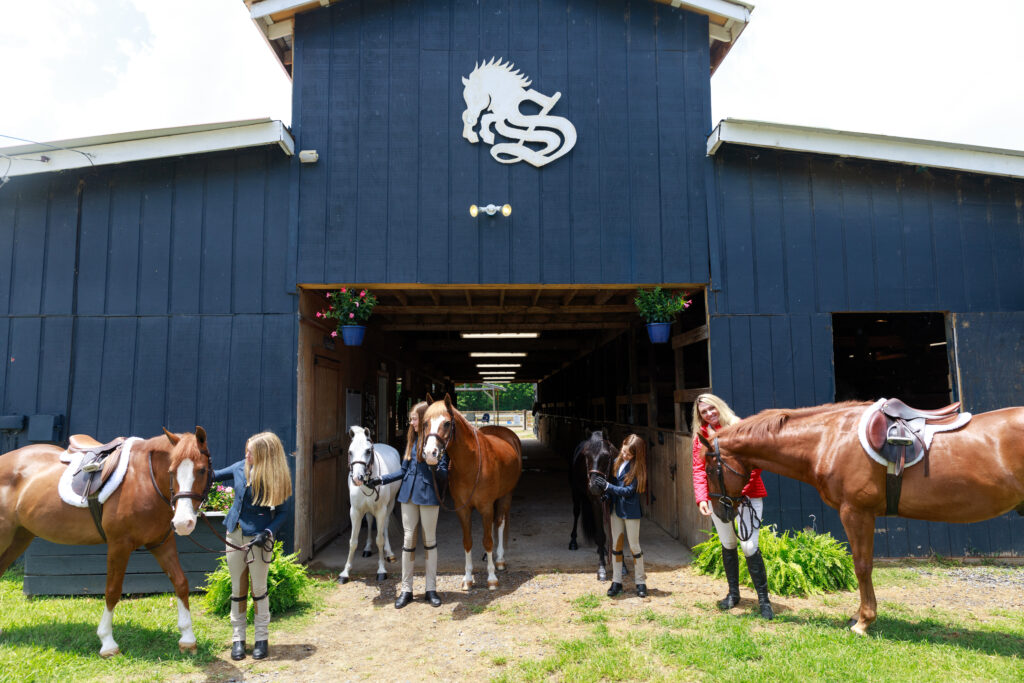 “I’m really excited about going and for what these girls have accomplished. Now, let’s go win.”

Buying an expensive horse isn’t a prerequisite to equestrian success, DeSalvo says, who regularly brings in rescue horses she believes deserve a second chance. In fact, Melville’s horse, Golden Ticket, is a rescue that DeSalvo bought at a “slaughter auction,” where horses are sold for processing.

Melville, 13, has spent months working with Golden Ticket (nicknamed Tank), riding every day after school during the school year and a full day on weekends. It’s paid off. She surprised herself by qualifying for Pony Finals this year with Golden Ticket at a show in Folsom.

“I didn’t realize it at first,” Melville says, “but then everyone was screaming.”

Sommerview Farm was born out of DeSalvo’s single-minded, childhood passion for horses. Her mother, Sharon DeSalvo, recalls that at age eight, DeSalvo issued a full-throated rejection of all other sports and activities.

“We had her at a swim meet, and she was about to dive in and said, ‘that’s it, I’m done,’ and she walked away,” Sharon says. “She was just wild about horses.”

“As far back as I can remember, this is what I wanted to do,” she says. “On a horse—that’s where I wanted to be.” 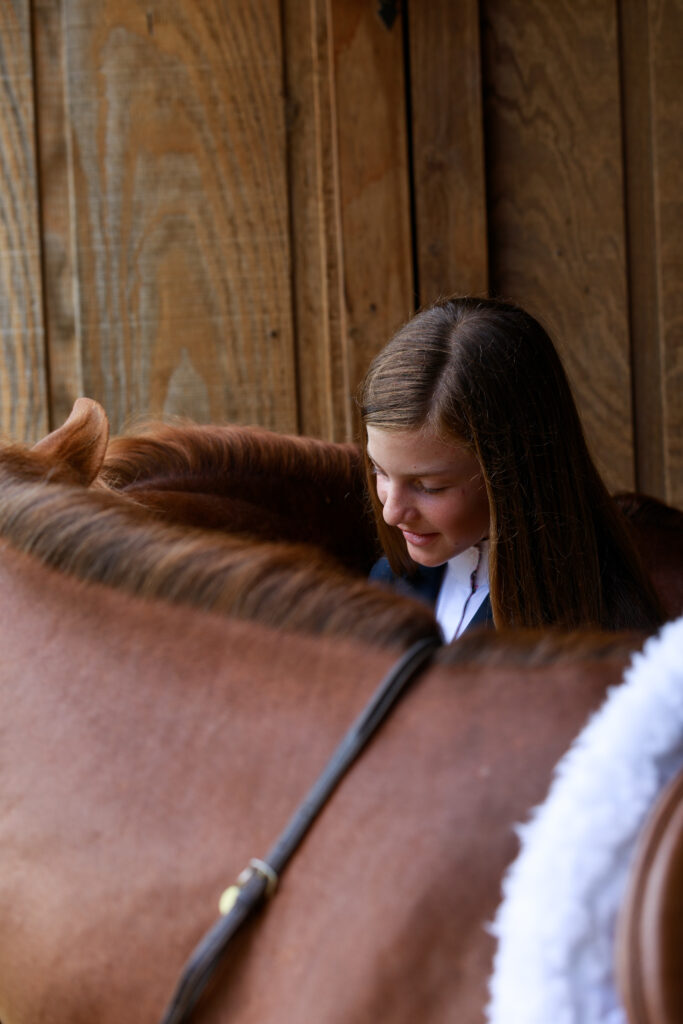 “I just tried to relax and do my best and trust him.”

But this was 30 years ago, when fewer opportunities for equestrian education existed in the Capital Region than they do today. The family had to travel to Lafayette and even as far as San Antonio for lessons, Sharon says, later buying the St. Gabriel property and bringing in trainers to work with DeSalvo and some of her friends.

DeSalvo hadn’t been kidding about her equestrian commitment. She earned big success as a teen rider, raking in scores of ribbons, and placing first in the nation in her division at the 1999 National Horse Show at Madison Square Garden, where she faced off against the country’s top 10 riders. It was a huge accomplishment for an unknown rider from Louisiana, and one of several honors she has earned over the years.

Sixteen years ago, DeSalvo began putting her energy into developing Sommerview Farm, improving its facilities, and expanding lessons and camps for riders of all levels and ages.

“I’m really excited about going and for what these girls have accomplished,” DeSalvo says. “Now, let’s go win.”

This article was originally published in the July 2022 issue of 225 magazine.