In 2020, the Gonzales native made it to the top 10 during the show’s 18th season. Fans and judges alike were introduced to Webb through his soulful rendition of the song “Whipping Post” by the Allman Brothers Band, which he performed for his audition.

Webb then soared through the ranks of the contestants, garnering adoration from viewers across the country for his powerful performances of songs like “You Are the Best Thing” by Ray LaMontagne and Joe Cocker’s rendition of “With a Little Help from My Friends.” 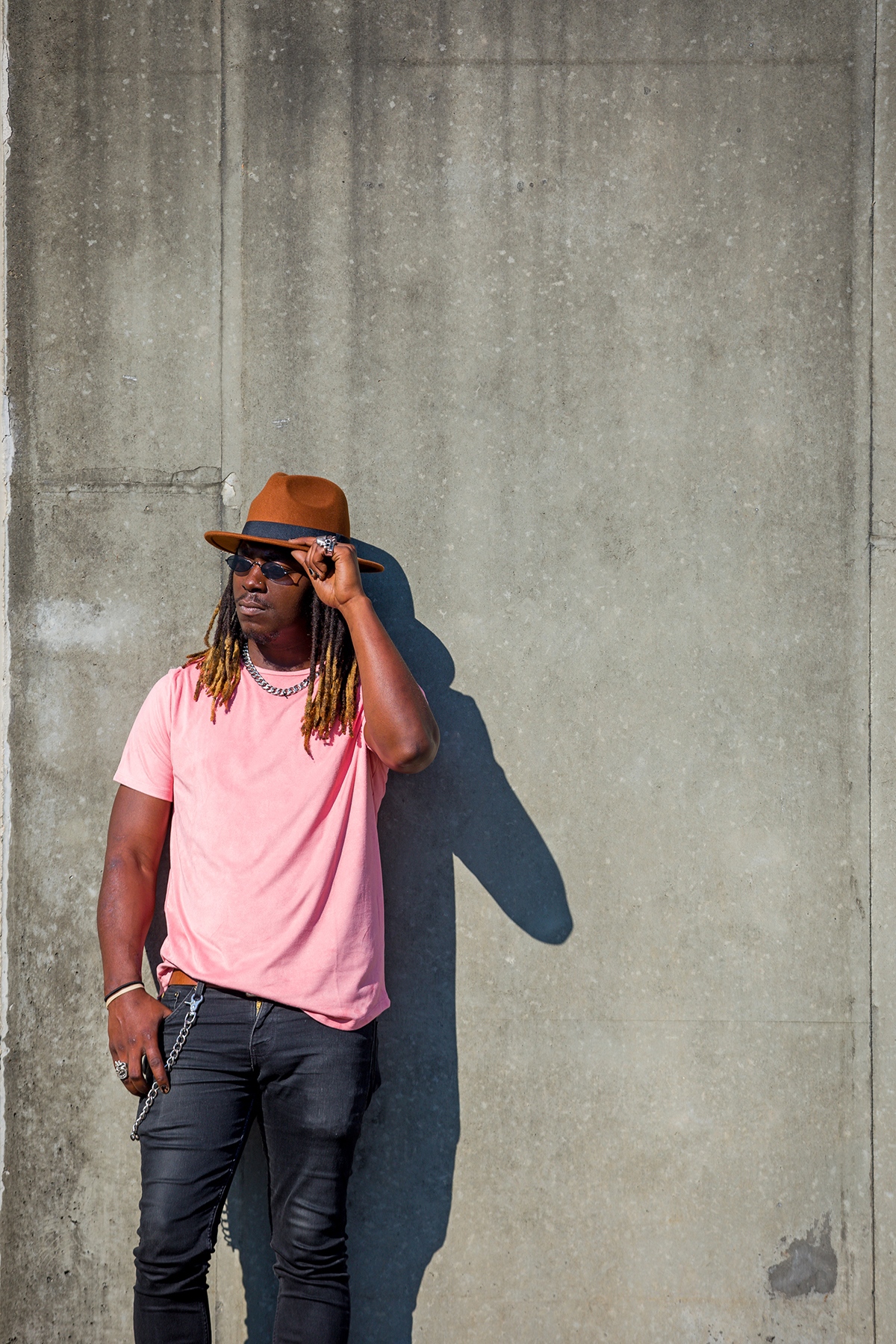 “You can’t fake that feeling when you’re singing it. You either got it, or you don’t.”

But the show had to adapt when COVID-19 struck. After the competition reached the top 20, contestants were sent home and provided with the equipment to set up livestream performance spaces in their homes, and the remainder of the season was conducted virtually.

Webb’s run at the prize was cut short, just before he made it to the top seven. “Devastated” was the word he used. The fans castigated the judges on social media, saying Webb’s talent and stage charisma were betrayed by his having to deliver virtual performances.

But Webb learned a lot from his time on the show—most importantly, he says, how to respect his own individuality.

“It brought me out,” he says. “It showed me more to put the gas on, to get more focused, to believe in myself.”

Webb walked away with a lot of attention and love, and now, he hopes the spotlight cast on him by the show will continue to illuminate his work. The 26-year-old is focusing his energy on his first solo blues album. He hopes to honor the rich tradition of blues and soul music that has inspired him ever since he was a young boy playing drums in the gospel band of a local Baptist church.

He’s also performing three to six nights a week with various ensembles. He sings regularly with local funk powerhouse Captain Green, from which a few members occasionally join him for his own group, the Jovin Webb Experience. He sings ’70s-era rock ’n’ roll with a group called Bayou Bullets and has recently begun foraying into rap and R&B with collaborator and longtime friend Matt Chenevert.

But Webb says it won’t be until after the pandemic has subsided that he’ll really start to see the dividends of his time on American Idol, where he gained an international audience—he recently learned he even has a sizable following in Vancouver. He yearns to go on tour and bring his sound to fans who came to love it on Idol.

Before that happens, Baton Rougeans have the chance to experience his powerful vocals and stage presence live—as long he’s still hanging around the boot. Find Jovin Webb on Instagram at @jovinwebb

You’re invited: A culinary experience with a cause, sponsored by Fete Rouge