Before the first-ever Zapp’s Beerfest, organizers assumed only a few hundred people would show up. But to their surprise, 500 people arrived, and the next year 1,000 people. The year after that, attendance soared to 1,500. Now, organizers cap entry at 2,000 attendees to prevent long lines.

The 16-year-old event unfolds on the grounds of the LSU Rural Life Museum, underneath oak trees and amongst historic buildings. On a spring afternoon, attendees can sample more than 200 brews and festival food, including a wide array of complimentary chips from event sponsor Zapp’s. Proceeds go toward preserving the museum and its historic structures.

Despite the unlimited beer tasting opportunities, organizers say the event is not a drinking festival.

“It’s a beer tasting, not a beer guzzling,” says LSU Rural Life Museum director David Floyd. “We have about a 4-ounce cup people can get beer in.”

Novelty and craft beer companies supply many of the beverages, often bringing new releases or limited experimental batches to test on customers.

As the event has grown throughout the years, it’s also attracted homebrewers. One of the tried-and-true favorites is Baton Rouge’s own LA Homebrew, which has been part of the festival since 2014. The company, which sells homebrewing equipment and ingredients, has become known at the fest for its robust, diverse menus, which have previously included batches of a chocolate sundae-style oatmeal stout and a banana’s foster-inspired hefeweizen.

Red Stick Brew is another brewer—and homebrew club—that brings around 25 to 30 different beers to the event.

LA Homebrew owner Keith Primeaux’s biggest tip? Visit the homebrewers first, then work your way toward booths for the commercial brands. “They’re probably going to have a bigger quantity of each of the beers they bring,” Primeaux says of the larger companies. That way, you won’t miss out on some of the day’s more limited brews from the smaller suppliers. After all, this might be your only chance ever to try them.

HIGHLIGHTS BY LA HOMEBREW
The homebrewing company consistently supplies one of the fest’s most creative lineups. Owner Keith Primeaux says he always tries to bring in a mix of lighter beers, darker brews and sours. Here are four he’s excited to show off at this year’s fest. 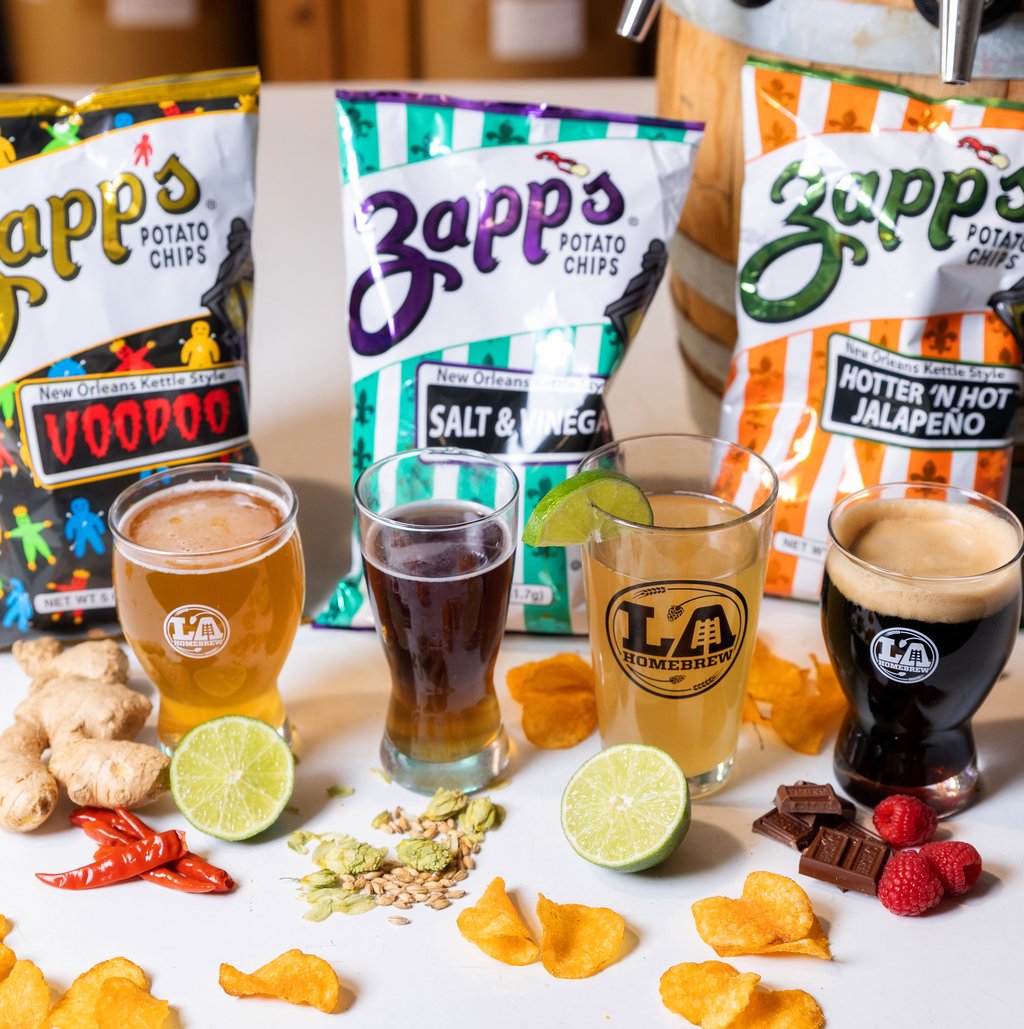 Zapp’s International Beerfest is March 28, 3:30-6 p.m. Tickets start at $40 per person, while a designated driver pass is $20. Find the event on Facebook.

This article was originally published in the March 2020 issue of 225 Magazine.

Take notes: We’re explaining the drinks to try on that ever-growing coffee menu