Smokin Aces BBQ is on to part two of its makeover. The Denham Springs barbecue spot has been renovating since last year, adding a new bar and bar menu, an expanded patio and an overall more rustic and sports-forward aesthetic. It will all be completed just time for college football season.

Originally born in Baton Rouge, the restaurant reopened in Denham Springs in January 2020. The eatery only had a few months in its building before the pandemic forced it to pivot to delivery and to-go orders. By last October, it was time for a change. Owners started renovations in the lobby for a more strategic flow in and out of the restaurant.

Despite delays in materials and shortages in labor, the bar was ready for a grand opening this past May. And the next phase of the renovation is already underway, with the patio being expanded to include two new 65-inch TVs, string lights and space for larger bands when the weather cools off. 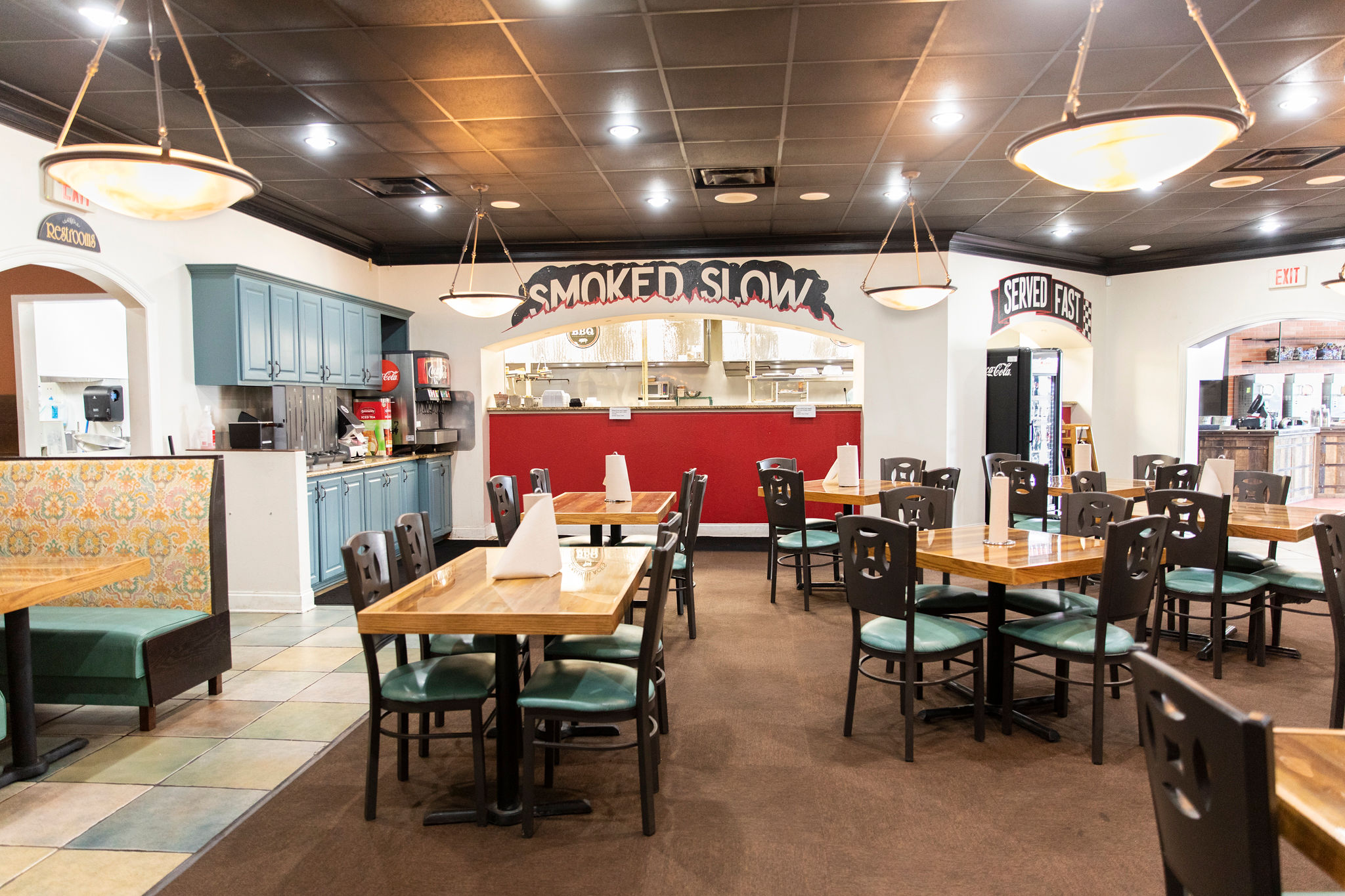 “We’re really happy with the results (so far),” says Emily Ashford, Smokin Aces’ marketing manager. “Obviously we’re a barbecue restaurant, but both of our owners are sports enthusiasts, so we were able to play on the idea of a smoking ace baseball player.”

Leaning into a more sports-forward business model was one of the primary goals of the renovation, with new flatscreen TVs, cornhole boards, sports memorabilia like signed jerseys and a golf arcade machine installed throughout the restaurant, all aimed at attracting both families and sports fanatics. The end goal for emphasizing the sports angle, Ashford explains, was to be able to “pack this place once football season starts.”

“We’re actually talking about doing our official ribbon cutting that first week of college football, so that would be early September,” she said.

The owners also wanted to add more character to the restaurant, particularly in the bar area with a new bar made from reclaimed wood weathered to look like old whiskey barrels, as well as the aesthetic of an old-school barbecue joint that the location—with its original white walls—just didn’t have before. 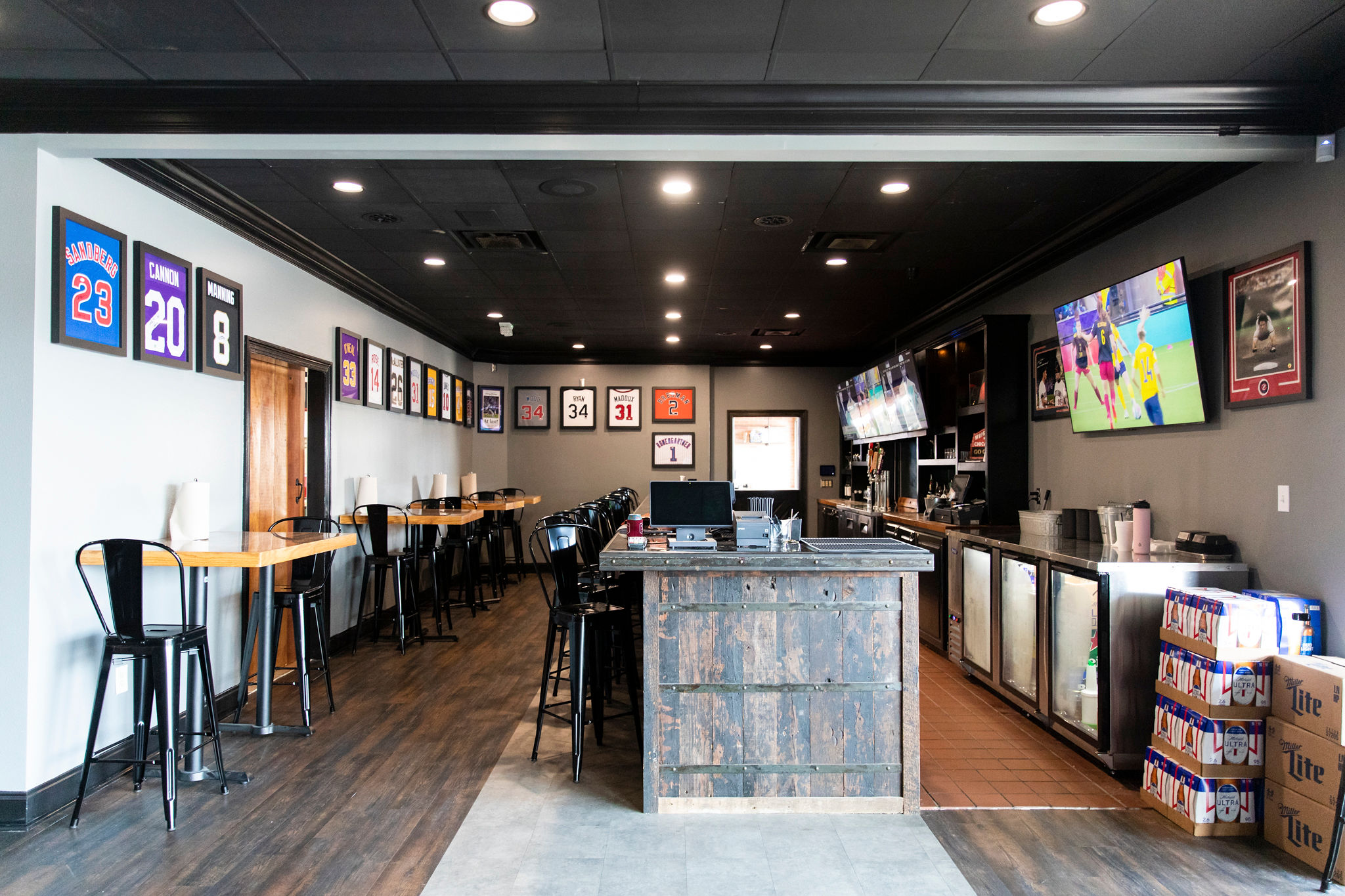 A new evening bar menu with bar boasts favorites like hamburgers, spinach artichoke dip, and chips and queso. The traditional menu will still be available until 8 p.m., with the quick-selling 18-hour smoked brisket, ribs and the best-selling barbecue quesadillas, all made in the style of old-school barbecue that is smokey without the need for much sauce.

But even though the restaurant may look a bit different to customers who have been enjoying the barbecue and collard greens since the restaurant opened on the eve of the pandemic, it’s still has the same food and owners—just with a new coat of paint.

“We want to convey that, while our current customers know us for our fast counter service, they can still get that incredible service but with a little extra attention on the bar side,” Ashford says.