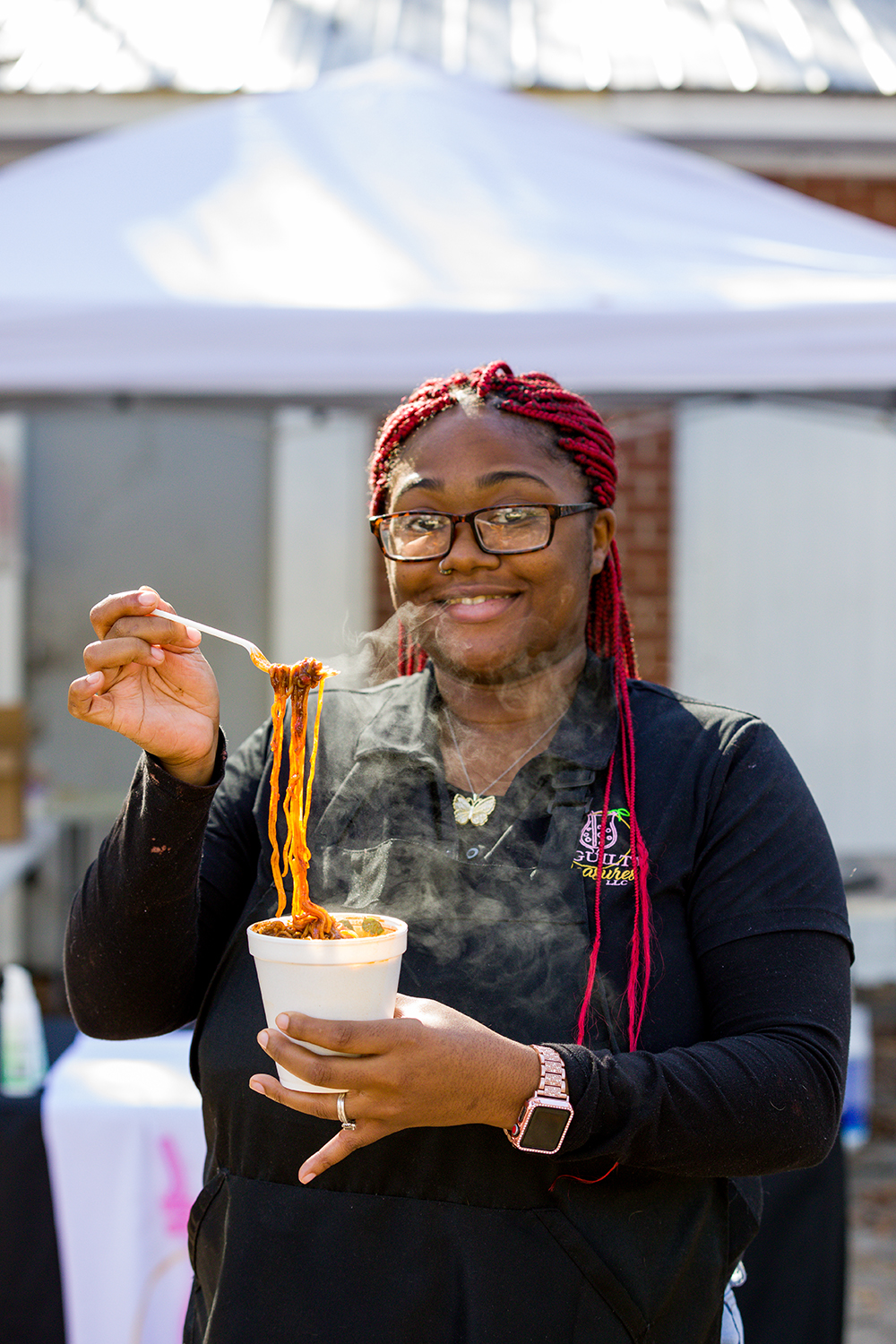 What’s that spice combination, Labostrie’s fans might wonder, as they queue up in front of a simple folding table under a white tent for a taste of her signature birria ramen. Served in a Styrofoam cup, the thick tangle of noodles is bathed in slow-cooked, deeply flavored beef consommé and drizzled with a little chili oil. A tender cooked baby carrot or two might make an appearance, or a stray morsel of braised sirloin, but really, this dish is about the straightforward relationship between the noodles and the deep brown au jus they rest in. The broth is extracted from Labostrie’s braised birria beef, used in her other wildly popular menu item, birria tacos. 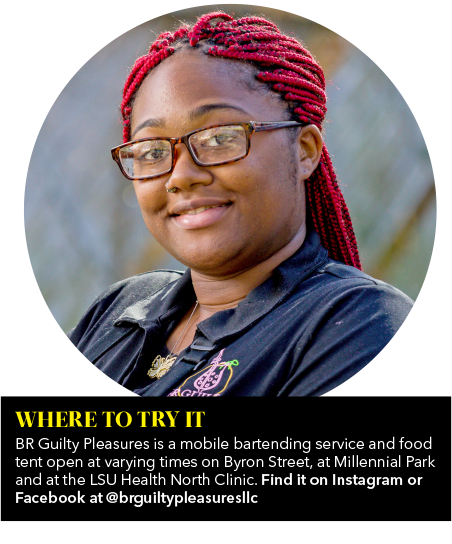 “The tacos and the noodles are my biggest sellers,” says Labostrie, who launched BR Guilty Pleasures first as a mobile bartending service about two years ago. The operation now mostly focuses on food. “I sell them until we run out.”

That usually doesn’t take long. Fans track Labostrie’s movements on social media for a fix of birria, the traditional Mexican style of braising beef. Over the last few years, more diners across the United States have embraced the ritual of dunking seared braised beef tacos into an accompanying side of consommé. To make her birria, Labostrie cooks down chuck or sirloin roast for several hours with loads of spices and aromatic veggies until the meat is falling apart. Bits of the fork-tender, shredded beef are folded into soft corn tortillas, which are then seared in oil, giving their sides a sinful crunch.

Like birria tacos, birria ramen has picked up steam among Instagrammers and food bloggers. Labostrie, a self-taught cottage culinary entrepreneur who likes riffing on global street foods, was quick to add it to her menu. Her followers might pick up a steaming cupful for the road, or combine it with a couple birria tacos. BR Guilty Pleasures also sells birria burritos and quesadillas, Mexican street corn and Spanish rice.