A familiar name in the regional doughnut business, Shipley Do-Nuts, officially returned to Baton Rouge in late February with the opening of a new store on Essen Lane. Baton Rouge residents may be familiar with its other Louisiana stores in Alexandria, Metairie and Lake Charles, or remember its long-closed Capital City location on South Sherwood Forest Boulevard. The Houston chain has more than 330 franchises and is known for its variety of doughnuts and kolaches.

Take your pick among dozens of sweet, pillowy gems, including that cornerstone of doughnut consumption: classic glazed. It’s joined by scads of other choices arranged in tidy formation. There are gossamer-like chocolate glazed, over-the-top cream- and jelly-filled, cake varieties, doughnut holes and playfully gaudy iced doughnuts, some blinged out with sprinkles, nuts or flaked coconut. If savory is more your speed, try a kolache, a popular Shipley staple that’s stuffed with combinations of sausage, jalapeño sausage, boudin and cheese. 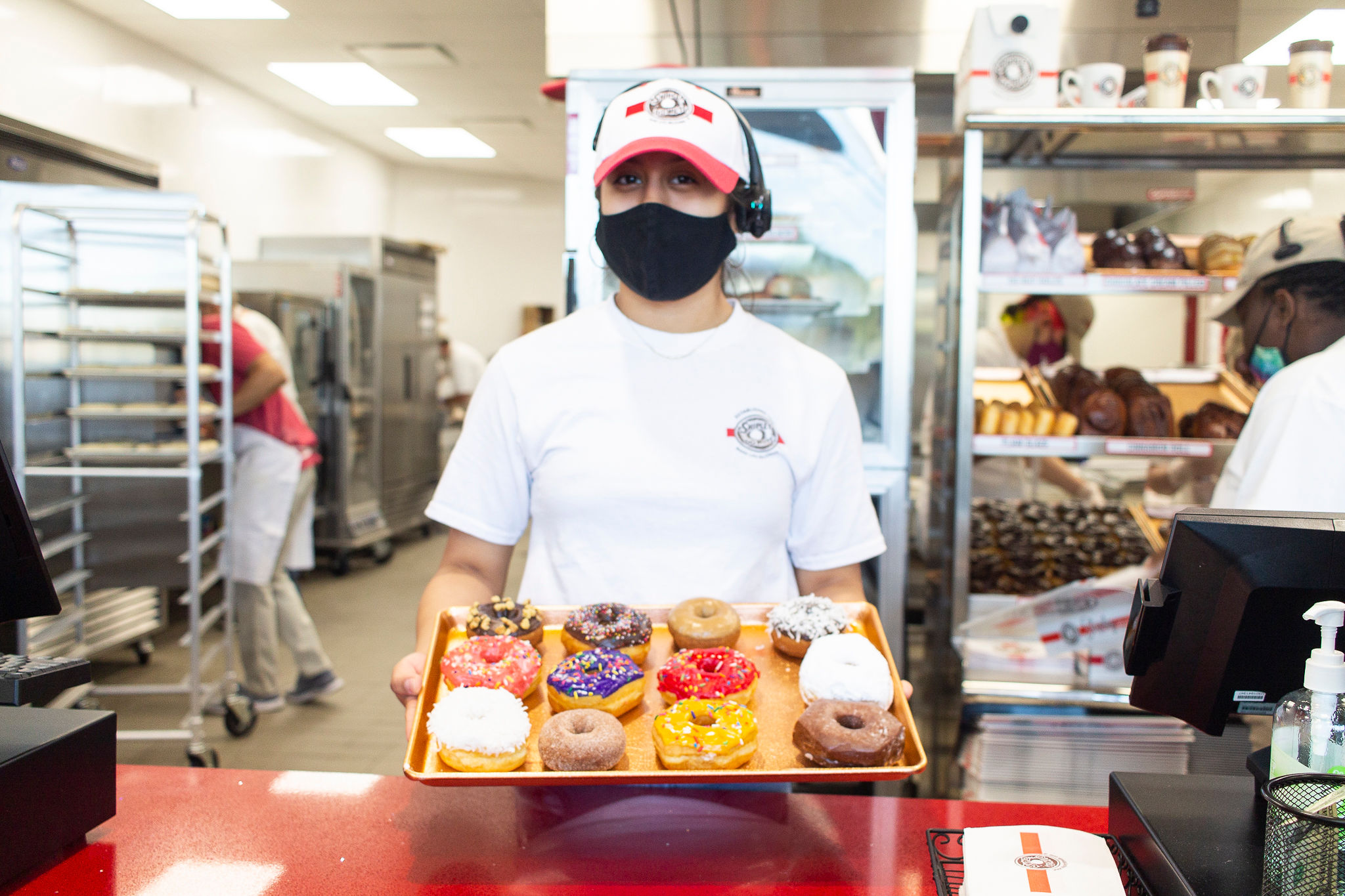 No surprise, glazed is this spot’s top seller, but Baton Rouge also likes the apple fritters, one of several available non-doughnut pastries, say owners and father-and-son team, Greg and Hayden Smith. “I was surprised at how popular the apple fritters are here,” Hayden says. The Smiths moved to Baton Rouge last year from Houston to open the franchise.

The bright, 3,200-square-foot space features a drive-thru, free wi-fi and plenty of room for hanging out. It’s part of what the company hopes will be a continuing expansion in the state, says Smith, who is also Shipley’s Louisiana area developer. He’ll be working with future franchisees on the company’s systems and protocols. 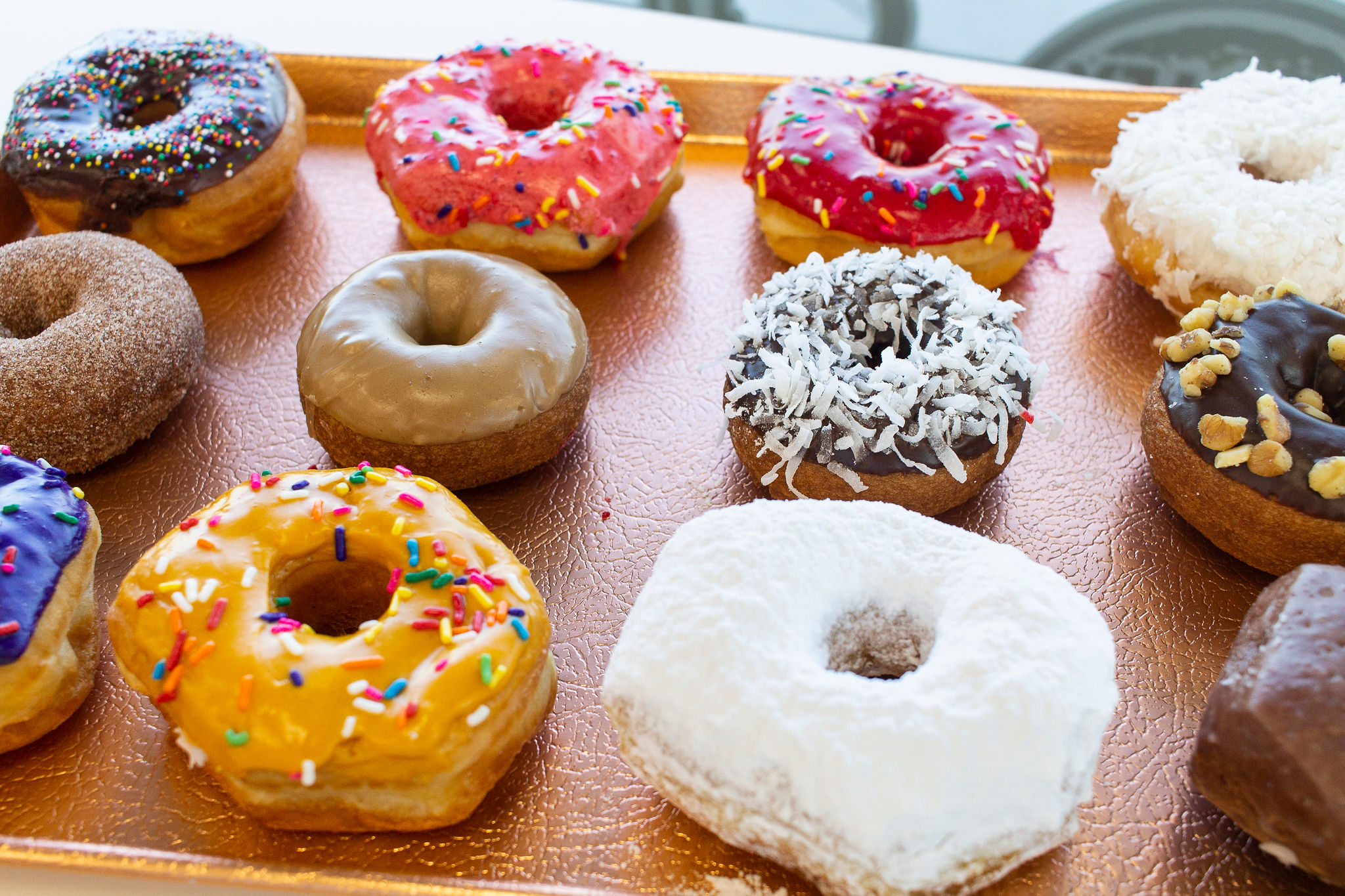 A former banker in the energy sector, Smith was looking for a career change, trading in his office job for the doughnut business. The Essen location, he says, has plenty of morning traffic counts, an essential component in a doughnut shop’s success. But then there is also Essen’s notorious traffic, which has challenged past occupants of this space, including most recently Pokeworld.

Smith is tackling this head-on by educating patrons about the so-called Shipley Shortcut, a loop around the store created by the traffic light at Essen and Picardy, and a rear exit by way of Mancuso Lane. He’s even printed a map describing this strategy on the back of his business card, and posts about it on social media. Smith has also gotten creative by tempting cars stopped on Essen wait for passing trains with free coffee.

A separately-owned Shipley store is expected to open on Florida Boulevard later this year in the location once occupied by Dunkin’ Donuts, and most recently by Cathy’s Southern Kitchen.

How to safely travel this summer, sponsored by Baton Rouge General

Bread baking class, back to school bash and more food events in Baton Rouge this weekend

Recipes for a different kind of backyard boil for August 2021