During his travels for work, Drew Maranto drinks a lot of coffee. As Senator Bill Cassidy’s deputy chief of staff, Maranto spends his days meeting with constituents over coffee at cafes around the state. Last year, the Baton Rouge native wanted a business to call his own. So he decided to take a leap and dove into the coffee industry.

“Going from city to city, I noticed that people gravitate toward coffee as a thing to have in common with someone from the get-go,” Maranto says. “It’s kind of an easy ice breaker.”

Maranto was inspired to try his hand at the craft after meeting with the owners of Baton Rouge coffee roasting company Cafeciteaux Coffee Roasters. He now works alongside Cafeciteaux to source and roast his coffee beans. Every Monday, he packs and labels his coffee orders at the Cafeciteaux headquarters on Airline Highway during their weekly “roasting party.”

Fresh coffee coming up! Don’t let Monday get you down…grab some Titan Coffee and get through the week 🙌🏻🙌🏻🙌🏻 . . . #titan #titancoffee #smallbatch #roastery #batonrouge #local #caffeine

Titan Coffee Co. sources its hand-picked beans from South America, Africa and the Pacific islands. They are shipped fresh to Baton Rouge for roasting. The smooth, velvety texture of Titan’s brewed coffee is a testament to the quality of small-batch coffee.

But the quality beans aren’t the only thing that makes Titan special.

Maranto’s love for his 4-year-old rescue dog inspired more than just the name of his business. Maranto adopted Titan in 2015 after he was returned to the Companion Animal Alliance by his previous owners. As soon as he met the energetic, chocolate brown, Husky-German pup, Maranto knew he wanted to give him a permanent home. 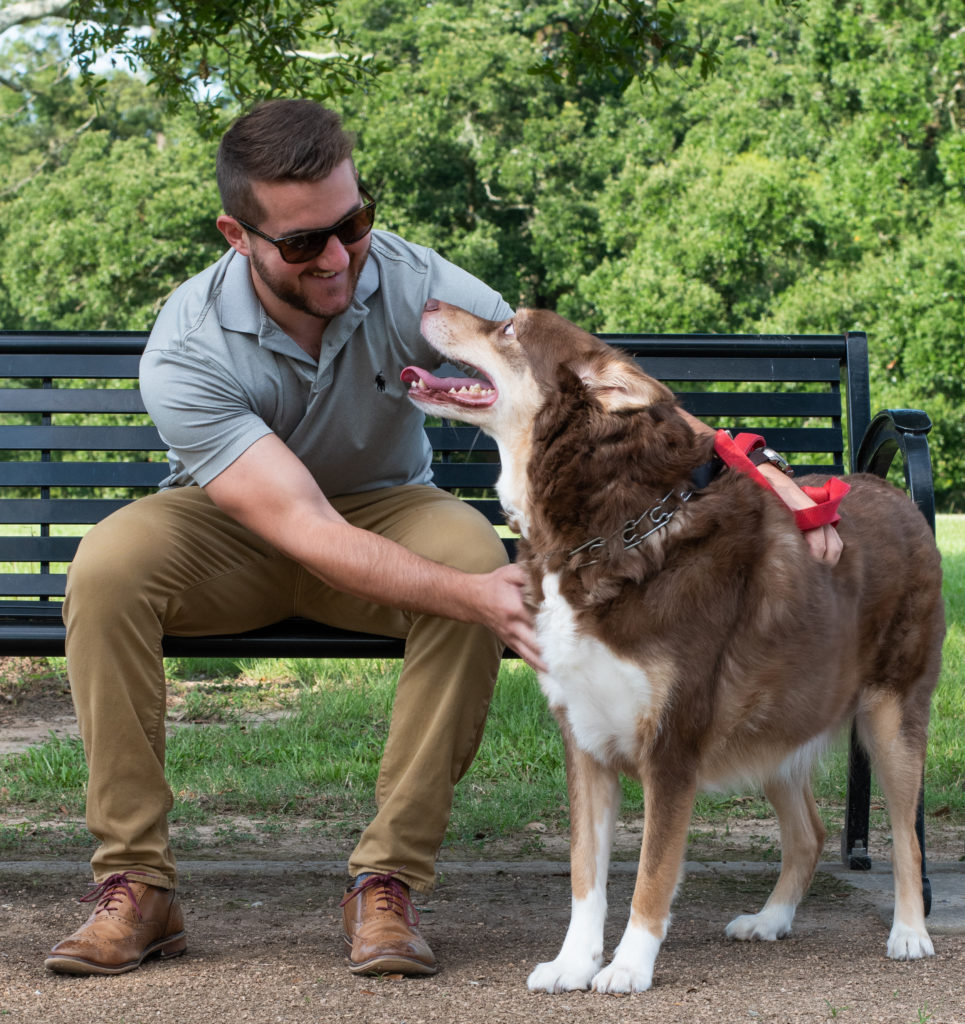 “Titan was 11 months old when I adopted him,” Maranto says. “When I started thinking about what I wanted to name him, I knew it had to be something strong since he’s a big dog and has a large presence. That’s when I came up with Titan. I thought if I’m going to start a business, I want it to be our thing. So Titan Coffee Co. was born.”

Maranto sells his coffee online, at pop-up events like Circa 1857’s Champarty, and on the shelves at Alexander’s Highland Market. But this is just the beginning. Maranto hopes to sell his coffee at more local shops around town and develop new merchandise and products like mugs and canned cold brew.

Learn more about Titan Coffee Co. on its website.