Every week, locals gather at Culture Reggae Club on Oklahoma Street for tacos, music and shopping in a casual atmosphere. The party happens outside at the downtown venue’s patio and backyard. The evening event is a house party-style hub for musicians, visual artists, creatives and hipsters. 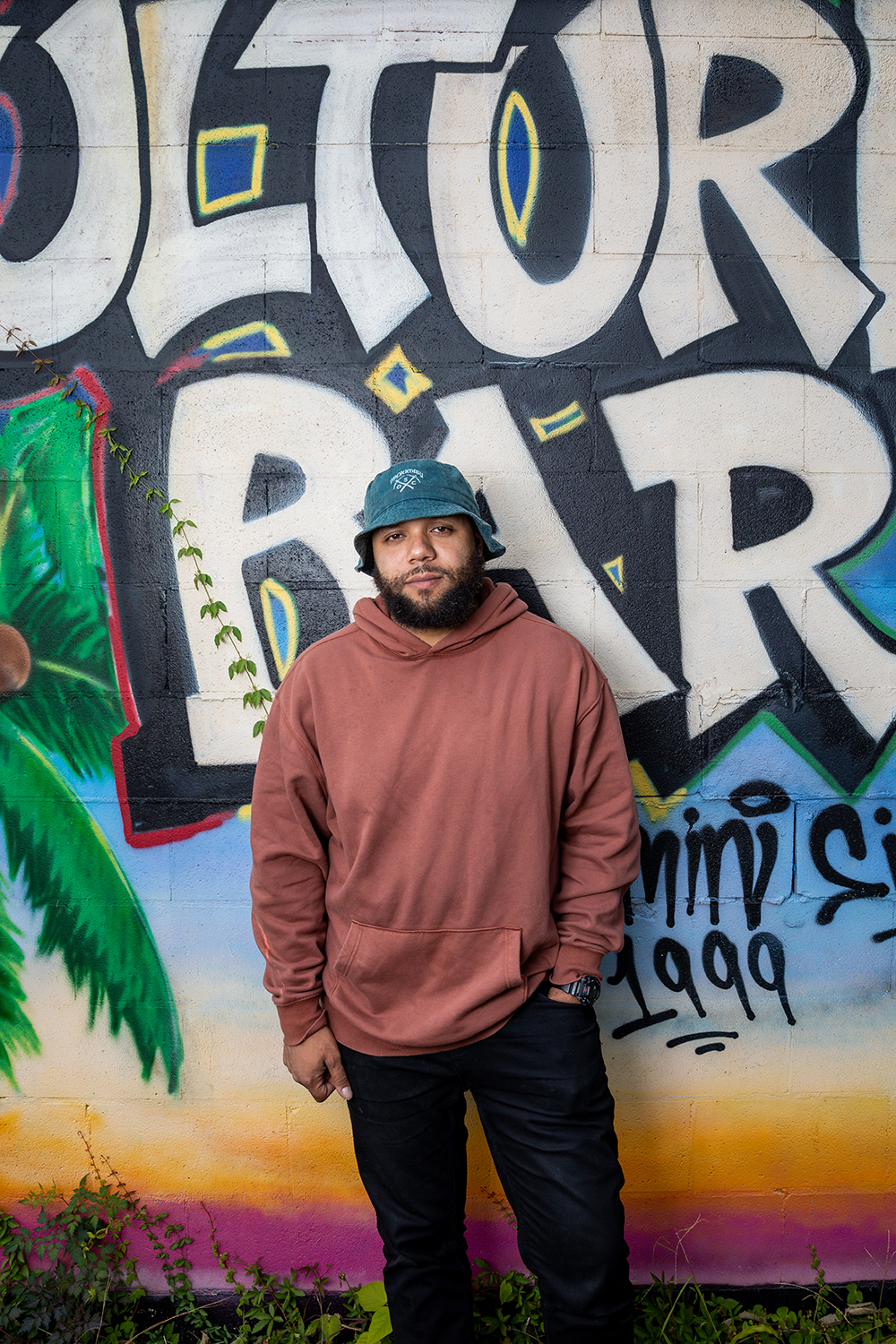 “We have a lot of talent in Baton Rouge that hasn’t even been recognized yet. I’m trying to give those creatives a platform and space to shine.”

The 32-year-old Baton Rouge native started the event in 2019, combining his love for tacos and music with his desire to offer a unique event to the city. He launched the event at Brickyard South Bar + Patio on South Boulevard before moving it a few blocks to Culture Reggae Club.

Every Tuesday is a different experience. If Harrington isn’t behind the turntables himself, he brings in Louisiana DJs to perform, such as DJ K-Strikes, DJ Kelly Green, Legatronprime, DJ FTK, Mikey Offline, DJ Jess, Nick Fury and DJ LoveYourself.

Some nights the music is slow, chill and hypnotic. Other nights, it’s upbeat with heavy trap bass to get the attendees moving and grooving.

The music is not the only thing that makes people do a happy dance. Doors open at 9 p.m., and by 10 p.m., the line for the taco stand is usually wrapped around the patio. Harrington alternates between local food vendors like Fresh Cravings, BR Guilty Pleasures and Birriannas.

The vendors typically serve birria tacos and assorted Mexican-inspired dishes like street corn, Spanish rice, beans, burritos and even birria ramen. The food has gained a large fan base. Some attendees come solely to eat. If you don’t arrive early, though, the fan favorites may sell out.

Before Taceaux Tuesday, Harrington hosted The Bandeaux, a monthly live music and arts event at Spanish Moon, and the bimonthly Chicks N’ Waffles at Culture Reggae Club, where people could listen to music and munch on some fried favorites. He plans to bring both events back this fall.

“We have a lot of talent in Baton Rouge that hasn’t even been recognized yet,” Harrington says. “I’m trying to give those creatives a platform and space to shine. It’s only going to get bigger and better from here.”