As the lights in his night house come on in the early morning, LSU’s live tiger mascot Mike VII slowly wakes to the sound of his LSU School of Veterinary Medicine caretakers. 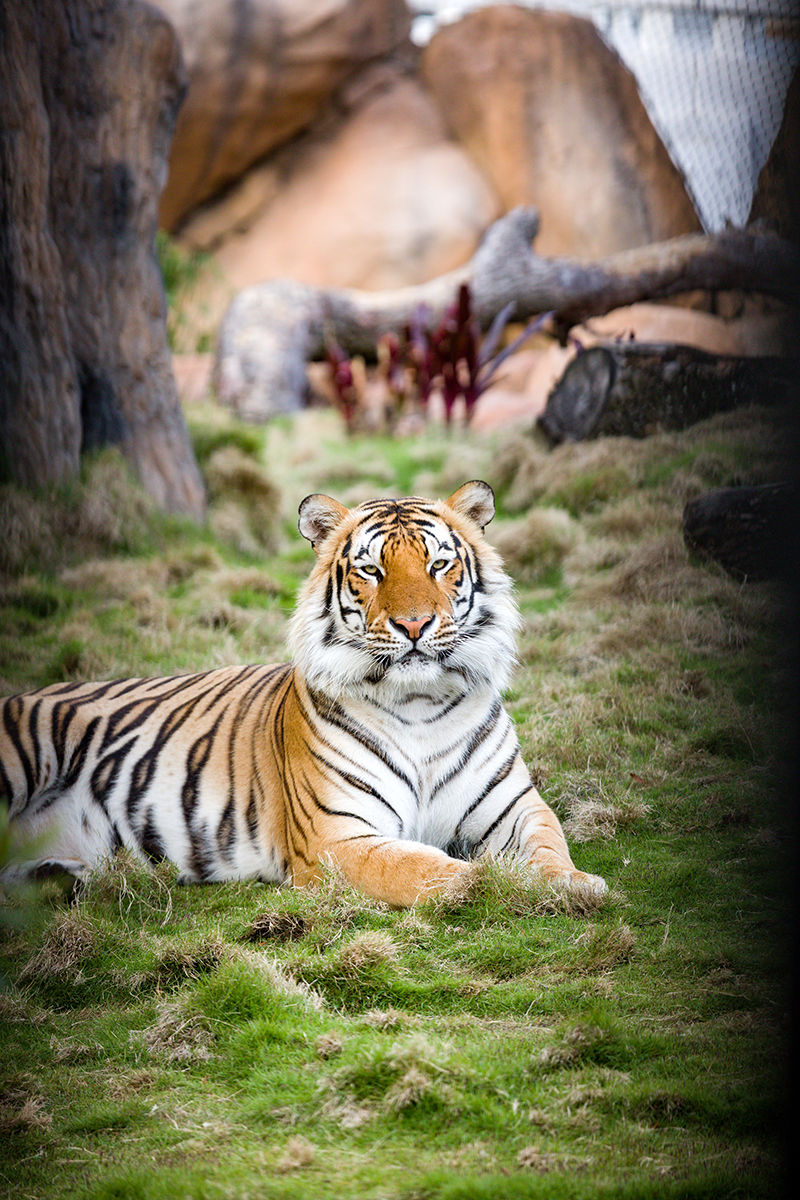 But before the mascot is greeted by the veterinary team, they thoroughly check and clean his habitat to ensure safety for him and visitors—and make sure his favorite toys and scents are out for him to enjoy.

During the day, Mike does his own thing, roaming the 15,000-square-foot habitat, sleeping, swimming, playing with his ball and interacting with visitors through the glass barrier. But the Vet School team is always watching. The Bengal tiger is visited by his veterinarian weekly and monitored daily through cameras set up in the habitat.

Once the evening arrives, his caretakers prepare 10 to 15 pounds of meat for dinner, pulverized into a mixture similar to ground beef. Once a week, Mike receives a frozen oxtail as a yummy treat to clean his teeth.

Since the Vet School students only observe him through a fence, they have different tricks to examine him from afar, such as holding up a meatball to coax him to stand on his hind legs so they can check his stomach and underside.

LSU has had a live mascot since 1936. In 2005, the university funded a $3.7 million habitat that provided plenty more space to roam and better vantage points for visitors to look in on the wild cat. Since Mike IV, each tiger has been donated to LSU. Mike VII was given to LSU from a sanctuary in Okeechobee, Florida, called the Wild at Heart Wildlife Center.

As the seventh Mike, the university has his care system down to a science. Mike’s caretakers are in the second phase of Vet School. The first phase is focused on lectures and labs, and the second provides more hands-on work with the hospital and Mike.

And while Ginger Guttner is not one of Mike’s caretakers, she is the woman behind the Mike we all know. Her many hats include being a professor and the communications manager of the LSU Vet School, its website and social media. She is also the spokesperson for Mike. Guttner has been doing this long enough to be able to identify which Mikes are on LSU posters and signs. “I can tell by the stripes, because the stripes are like fingerprints,” she says.

And it was the 2014 vet students and Guttner who came up with the famous idea of Mike’s meat art posted to social media.

“It started as an inside joke,” Guttner says.

When a Vet School student went to feed Mike the evening before the Alabama game, she shaped his meat dinner into the Alabama “A.” From there, the meat art tradition was born, and has even been covered by ESPN.

It’s all part of the Vet School’s goal of providing a safe home for Mike.

“I would love if all tigers could live in the wild. That would be amazing,” Guttner says. “But the wildlife sanctuary where we got him had to get rid of some of their animals and had to find new homes for them, or they were going to be shut down. They just had too many, and they couldn’t provide good enough care for the ones that they had, and so LSU is dedicated to providing a good home for a tiger.”

Head to mikethetiger.com for more on LSU’s mascot and to view his live habitat webcam.