Update: This story was updated on Jan. 25 to include additional locations sent in by readers.

Hubig’s Pies, a popular New Orleans brand of hand pies, have made their long-awaited return to grocery stores, gas stations and produce stands across the state—and pie-crazed fans have been quick to snatch these sticky, sweet snacks from shelves everywhere.

Production of the hand-sized pies paused for a decade due to a factory fire in 2012. But last November brought hope to those with a 10-year-long craving when production picked back up. Before the end of the year, some New Orleans groceries had those iconic, white paper packages back in store.

As someone who grew up closer to New Orleans, I can remember grabbing a Hubig’s Pie on a grocery or convenience store run. When the brand announced the return, I realized it had been well over a decade or even longer since I had one. 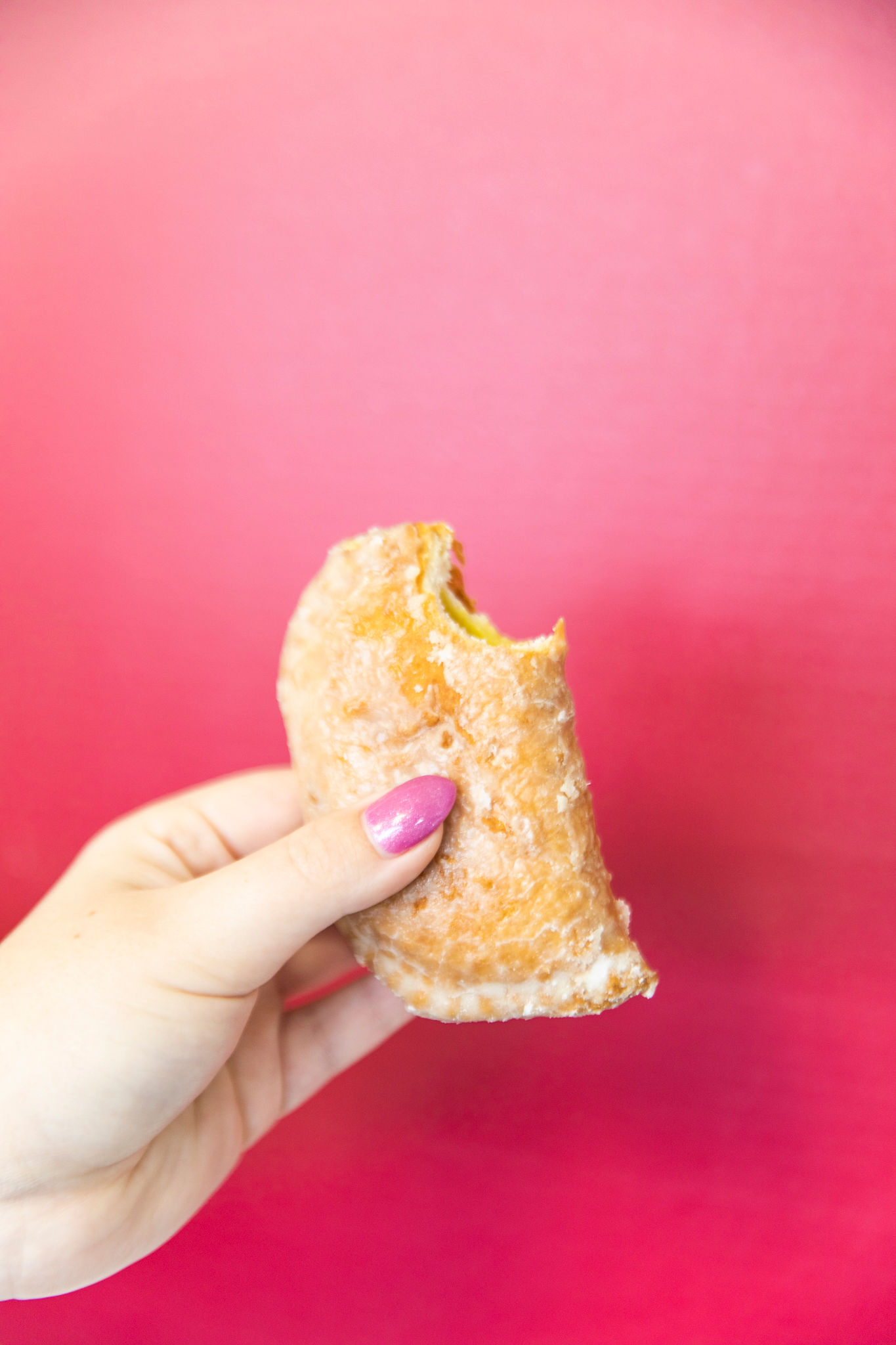 But when the new pies made their way to Baton Rouge, I was always met with empty shelves and boxes. One day, a lucky friend gifted me a sweet Hubig’s apple pie she had found. It looked just the same, and one bite in I was filled with the sweet, sweet taste of nostalgia.

After posting a poll to 225’s Instagram story, I was shocked to learn that out of 111 voters, 75% of them had not seen pies in store yet. From there, I decided it was my duty to find Baton Rouge retailers that were getting these sugary shipments.

Last week, I woke up early, all pie eyed and bushy tailed, on a mission.  I drove all around town to multiple stores, making phone calls to find out where these coveted confections were being sold. I even took to social media and joined a pie-tracking group on Facebook to get some ideas on where to go. 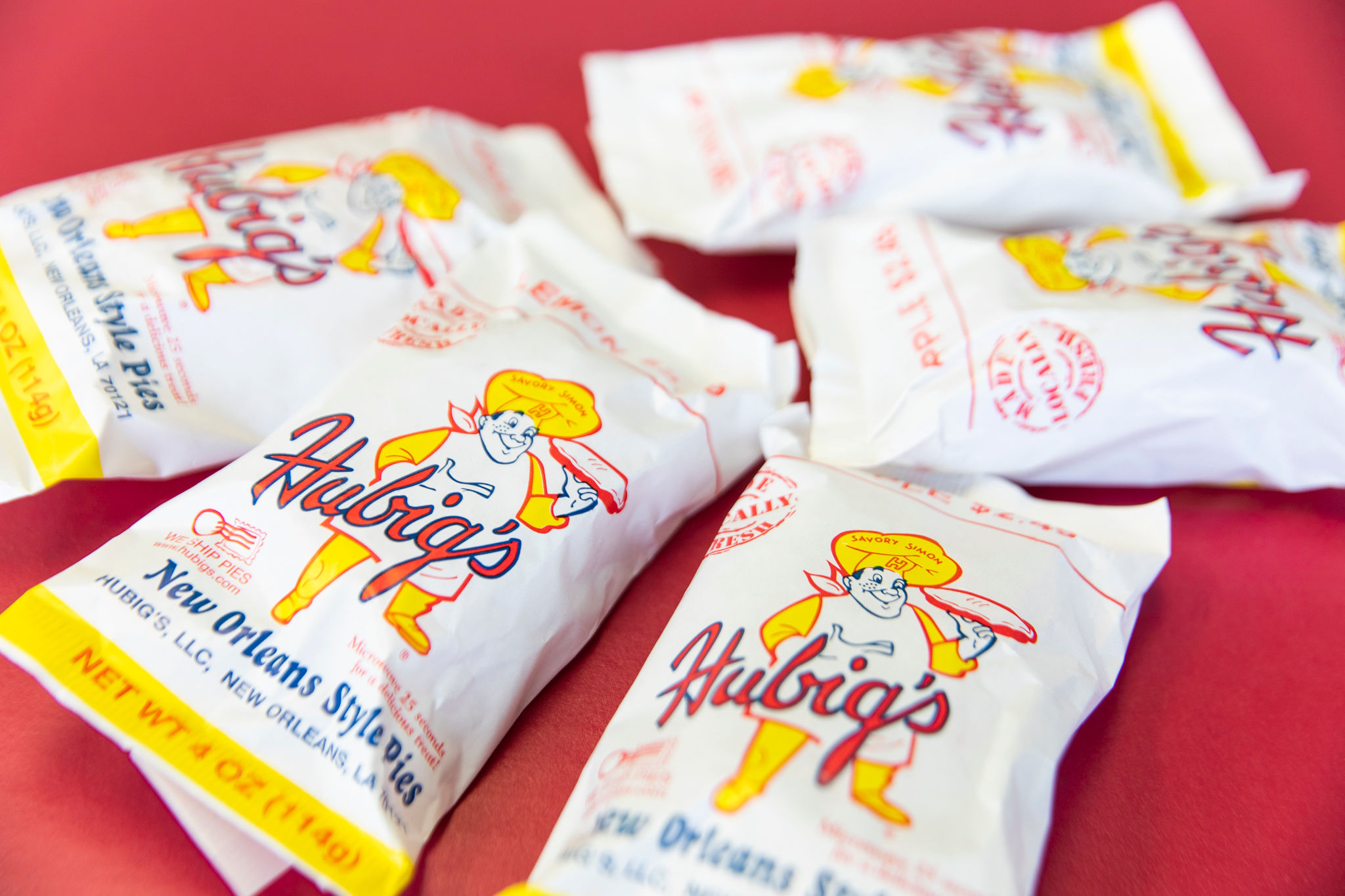 At times, I was lucky to find a well-stocked selection of both apple and lemon—the only two flavors currently in production. Other times, I found pie-less displays and walked out empty handed. After talking to sales associates and assistant managers, I found out you have to be quick if you want to get your hands on a Hubig’s.

“We get them in on a Tuesday and come Wednesday, most of them are sold,” Anne McIndoe at Southside Produce says. “We get 100 each time. Whenever people know they’re here, they fly out the door.”

Dorothy Bowman, assistant manager at Calandro’s Supermarket on Government Street, says that the pies “fly off the shelves like hot cakes.” Calandro’s began getting shipments before the end of 2022, but Bowman says the demand is still high.

Though it’s been about two months since the pies arrived at local stores, it’s not always easy to find one or two to take home. I secured a hefty bounty of eight pies on my first day of searching, but finding them proved to be a challenge by the end of the week.

After researching and visiting stores in the area, I compiled a list of where to get Hubig’s Pies along with some days of delivery. Happy Hubig’s Hunting!

Know of a shop stocked with pies that we missed? Tell us at [email protected].

Please note that some delivery days may change or vary based on the distributor, so always call ahead or get to the location early to ensure a successful shopping spree.

Other stores that carry Hubig’s Pies:

Availability varies by day at these locations. Contact the stores for more info: