Editor’s note: This article has been updated to reflect a name change at the restaurant. Restaurant owners have decided it will now be called Spoke & Hub, not Spoke ‘N’ Hub.

Reimagined diner fare, a semi-secret speakeasy and a cycling-centric theme define the new Spoke & Hub, the latest City Group Hospitality concept. The restaurant is set to open later this month in the iconic building on the east end of Government Street once occupied by Bistro Byronz.

Spoke & Hub scratches a different itch, aiming to draw neighborhood families hungry for Saturday morning waffles, the cycling crowd and trendspotters searching for a story-worthy craft cocktail in the hip bar out back. 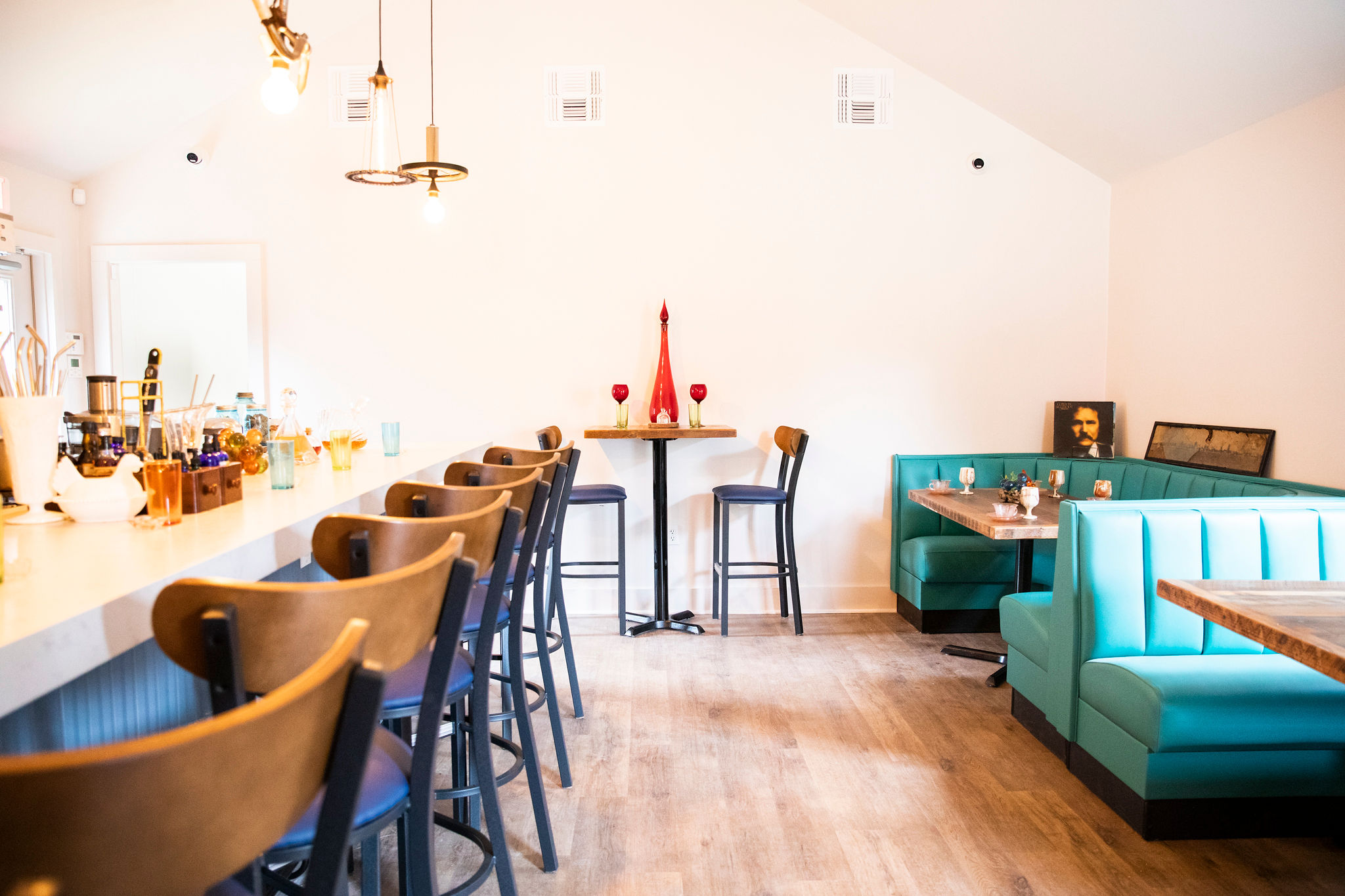 The bike theme was the brainchild of City Group Director of Operations Jeff Conaway, a cycling enthusiast who saw the motif as perfect for the location and the city’s slow, but steady march toward improved bike friendliness. The restaurant is, after all, reachable on bike by way of Capital Heights Avenue, which connects to those shiny new bike and pedestrian lanes on the western half of Government Street.

Arrive in cycling attire, if that’s your thing, and hitch your bike to the large rack being installed outside. Peruse the bike merch that hangs on the peg board by the hostess stand. It includes fun stuff like tire repair kits that can be deployed outdoors in a designated bike maintenance area. Conaway wants the place to serve as, yes, the hub for cyclists, pre- or post-ride.

Executive chef Elisabeth McKinley, who has worked in several of the restaurant group’s concepts, leads the kitchen. McKinley trained at Johnson & Wales in Miami in both savory and pastry, and those dual skills are part of the reason the restaurant is showcasing homemade breads and desserts. Kevin Anderson is chef de cuisine and Dylan Landry is sous chef.

“We sought out to make not just good food, but comfort foods that people can relate to, and that have that sense of familiarity,” she says. “Foods that are still creative and kind of play on what we grew up with.”

The menu includes a crawfish pistolette-inspired pasta dish made with pasta prepared in house, crab Mornay-topped fried green tomatoes, Gulf fish dusted with cracklin’ and a Thanksgiving-style sloppy sandwich doused in gravy. “Croffle” sandwiches feature slices of bread made with croissant dough run though a waffle iron. Other menu items include a Reuben with housemade corned beef and burgers made with thin, griddle-cooked double patties. The weekend breakfast line-up features crawfish etouffée crepes, pancakes embellished with a choice of different toppings, homemade sticky buns, biscuits and English muffins and and breakfast sausage made in-house.

McKinley’s pastry background informs the dessert bar, a soda fountain-like counter where homemade Southern cakes and pies live under glass domes, and where “Blizzard”-style shakes are made with remnants of those same pastries. Conaway says he sees kids from the neighborhood pedaling over for something sweet, which could also include McKinley’s dipped and sprinkled Rice Krispy treats. Later, their parents might belly up to the same bar for a beer milkshake.

The interior and exterior spaces are carved into multiple quadrants for dining and sipping, including two separate patio areas, one with comfy couches, a front porch whose doors open in nice weather, a row of booths (separated by lane stripes) and groups of tables. Hardwood floors and an exposed shiplap ceiling make the space feel warm and cheery. Moveable-type marquis over both the dessert and main bar create a sense of whimsy and fun.

One of the restaurant’s most anticipated elements is its freestanding speakeasy, the Brakes Bar, located behind the restaurant. Conaway says City Group’s recently hired mixologist Allen Walter will develop the cocktail program here in the sorta hidden haunt, a small, stylish spot whose vintage decor includes a mashup of glass vessels holding unnamed restoratives.

Walter, who formerly ran the Loa Bar at the International House Hotel, has a national reputation for his cocktail creativity. He had been advising City Group on its overall beverage program, but will make the Brakes Bar his pet project, Conaway says. Spirits enthusiasts will be able to find him here, mixing his brand of genre-defying intoxicants. 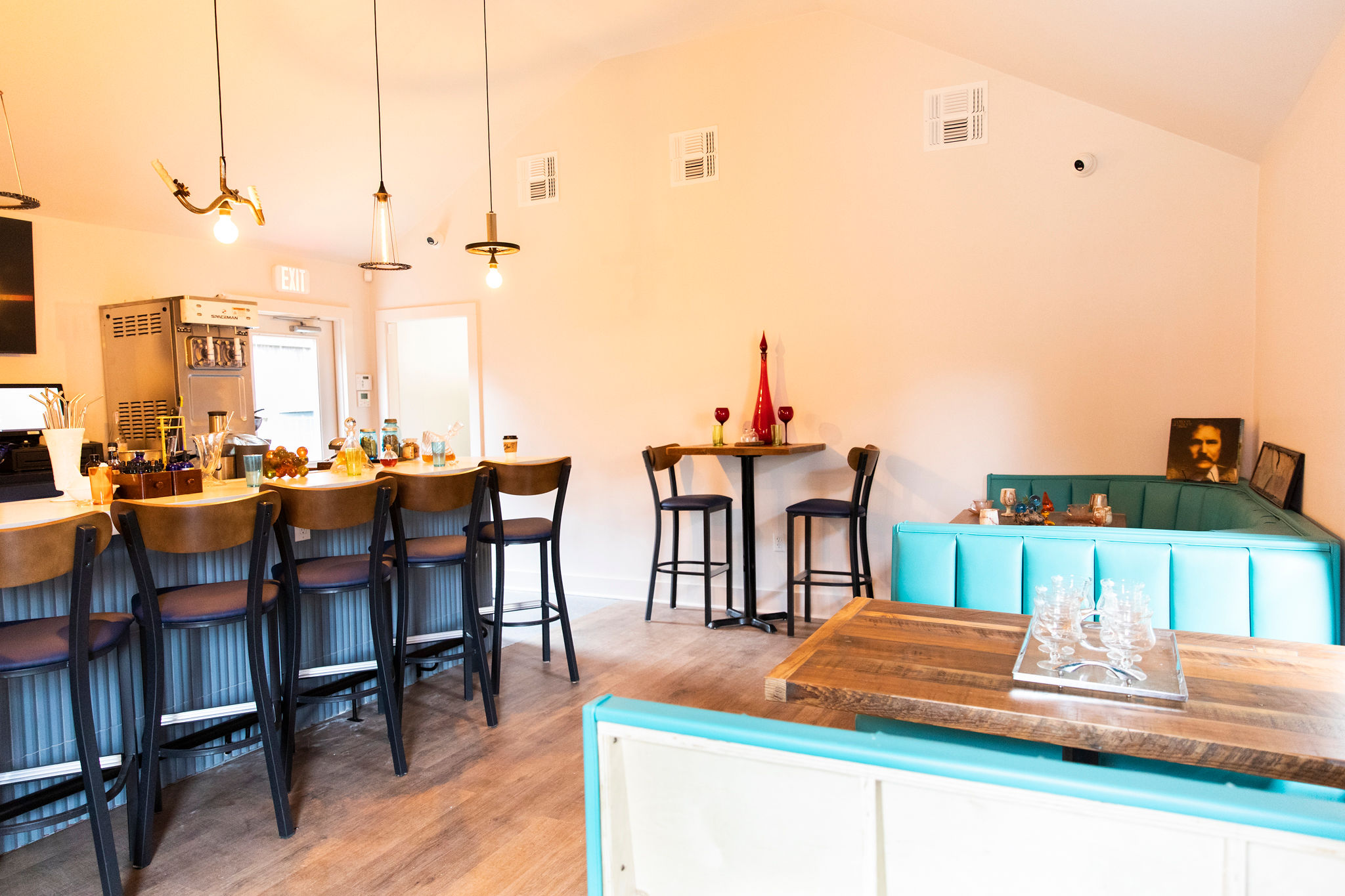