Over the last 15 years, the mixologist has built a national reputation for eschewing tradition and preparing drinks in a manner that’s a lot culinary and a little mad science. Sure, he’ll make you an Old Fashioned the old-fashioned way. But he’d rather serve one that incorporates, say, toasted birdseed—an inspiration that once hit while Walter was shopping for cat food. There, across from the Meow Mix, lay bags of birdseed, prompting him to think, why not?

“(We’re) thrilled to have Alan join our team, bringing his amazing expertise,” City Group Hospitality Managing Partner Stephen Hightower says. “He has the unique talent to become a storyteller through his crafted cocktails.” 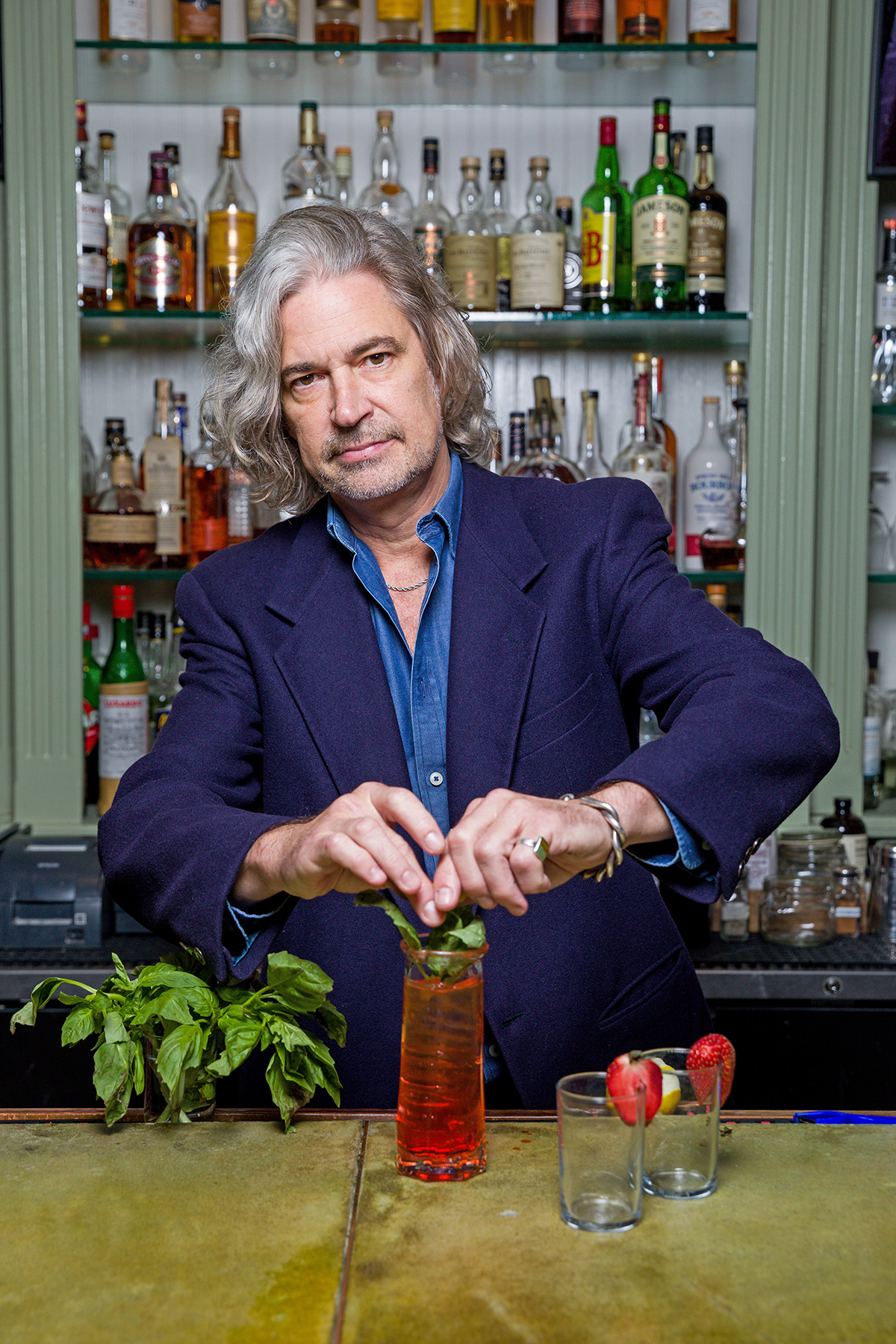 This, of course, bodes well for local cocktail enthusiasts. Walter’s alchemist’s approach has led him to blend gin and scotch with delectable results, to play around with clover, Spanish moss and pine needles, and to scour Asian markets for roots, tubers, herbs and rhizomes for an unexpected ingredient to fine-tune a libation’s profile. Just one example is adding ginger-like galangal to London dry gin, sake and pineapple nectar.

But pushing the envelope on cocktail assembly isn’t done willy-nilly, he says.

“It’s like what Bob Dylan said, ‘To live outside the law, you must be honest,’” Walter muses. “In other words, you can break the rule, but it has to prove itself.”

At Loa, Walter earned the nickname “Spirit Handler,” thanks to a four-page cocktail menu strewn with drinks built with handmade syrups and infusions, fresh ingredients and high-end intoxicants. For City Group Hospitality’s concepts, Walter says he plans to complement what’s already working and use the bar program to highlight each chef’s culinary point of view.

So far, Walter has spent time at Proverbial, and recently shifted his focus to Beausoleil Coastal Cuisine, where he’ll be working to create new cocktails that dovetail with the restaurant’s seafood focus.

Walter says he’s particularly excited about tapping the wares of local farmers. This year’s lower yield citrus crop due to Hurricane Ida will have him on the prowl for grapefruit and oranges, he says. He’s also excited about what else he might incorporate from the Red Stick Farmers Market, like maybe fungi from Mushroom Maggie’s Farm? For Walter, everything’s in play.

“It’s funny about cocktails, because they don’t do a damn thing for anyone except give them a buzz,” Walter says. “They’re not filling your belly. They’re not giving you vitamins. So it’s like, why not have that be an area where there are little surprises?”