If you’ve ever tried coding before, you know that attention to detail is essential. Every single line—even every single character—must be perfect, lest you see that dreaded word: “ERROR.” Keith Primeaux, owner of the newly opened Agile Brewing, understands the meticulousness of computer programming and has applied it to his passion: brewing beer.

“I’ve been cultivating recipes and doing lots and lots of test brewing to get to this point,” he says. “All the names in the beers have a ‘tech-y’ word hidden in them.”

With names including Lemon Buffer and Dynamic Iteration, Primeaux’s one-of-a-kind recipes range from light and dark beers to sours and hoppies. He says his brewery is serving beers you cannot find anywhere else and encourages even non-beer drinkers to try one of his brews.

“There’s not one beer that everyone gravitates to, so we want to have something for everyone,” Primeaux says.

The aesthetic of the brewery itself also resembles a software developer’s attention to detail. The neatly furnished building can hold over 100 people and is painted a soothing grayish-green, with plenty of tables and bar space to retreat from the constant noise of the industrial park right outside the door and Airline Highway just a stone’s throw away.

The bar is ornamented with the actual grains that Primeaux uses to brew, with darker grains illustrating the Agile Brewing logo. The facility is simple yet satisfying.

And there’s still more construction to be done, as Primeaux is working on building a back patio, installing a food trailer and expanding even more as his brewery grows. He also says live music will be a part of the experience in the near future.

“We’re trying to constantly have something new each week for people to show up and drink,” Primeaux says.

After all the logistical struggles to open, Primeaux says he is thrilled to finally start operation. He invites young professionals, retired folks and everyone in between to give his recipes a shot.

“I’m very relieved and very excited,” Primeaux says. “It’s fun to be able to share all the beers we’ve been brewing with everybody.” 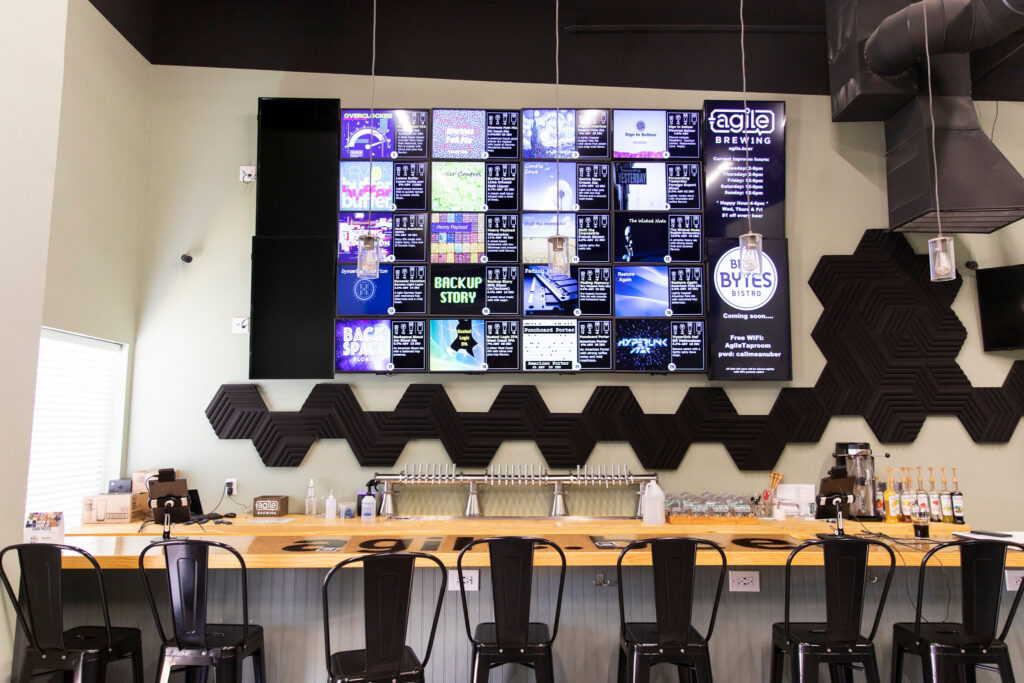 Agile Brewing is at 14141 Airline Highway. It is open from 2 p.m. to 9 p.m. on Wednesdays and Thursdays, from noon to 9 p.m. on Fridays and Saturdays and from noon to 6 p.m. on Sundays. The brewery is pet-friendly.