Walk through the doors of a Piccadilly Cafeteria, and you know the drill. First, you’ll make a beeline for the stack of tan trays waiting at the start of the buffet. As you wait to order, you’ll contemplate the sensory overload of food: fried catfish, roast beef, carrot soufflé and those perfectly shaped dinner rolls.

This is the all-too-familiar scene at any Piccadilly—and it’s been that way since the very first location opened downtown in 1932. 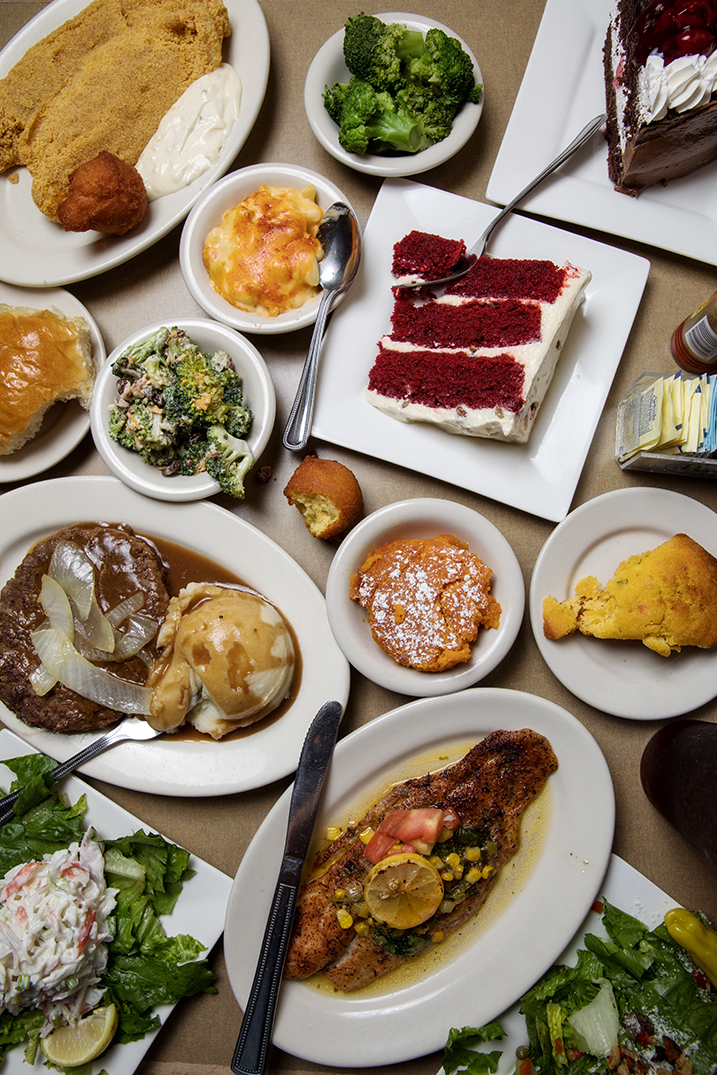 Now, the chain operates 40 locations across the Southeast. Notable changes to the company’s offerings are on the way, including a standalone to-go concept on Lee Drive. Sitting in one of the restaurants today, CEO Azam Malik reflects on what makes Baton Rouge the chain’s strongest market.

“Every time we talk to guests, they have such fond memories of Piccadilly, even if they haven’t been [to one of our restaurants] lately,” Malik says.

Memories of the whole family eating at Piccadilly after church on Sundays or picking up a mid-week meal are almost universal for locals. And for many, the day they stood in the Piccadilly line and picked out their own dinner for the first time was a childhood rite of passage.

Despite the company’s multiple bankruptcy filings and the restaurants’ static decor, brand loyalty persists—just like the array of desserts near the registers.

That’s part of why the Capital City is critical to Piccadilly’s success today and in the future, Malik says. Baton Rouge is where it all started, and loyal fans are ready to support the brand’s growth here. Even now, the headquarters team is fielding regular calls from local residents asking when a new Piccadilly will open in their area.

With the new Piccadilly To-Go format, he says the company is focused on delivering the “old charm of the Piccadilly experience” in a much better, more contemporary environment. The kitchen will prepare the same reasonably priced, comfort food on site and display the offerings behind glass for customers to see, but the Piccadilly team will also utilize a drive-thru window for added convenience.

Another noteworthy addition to Piccadilly’s local presence is the new Juban Crossing full-service location currently slated to open early next year. For this project and the to-go concept, Malik says he chose Baton Rouge firm Ritter Maher Architects, because its team loved Piccadilly as children and was able to keep those classic elements in mind while modernizing the family restaurant. The new location will serve as a prototype for all future full-service Piccadilly Cafeterias, with new design features such as an updated dining area and open kitchen alongside the classic buffet-style layout.

With all of these positive changes on the way, loyal fans can rest easy, because the best part of any Piccadilly experience—the food—is not changing. Even Malik says he himself eats at Piccadilly Cafeterias often because of all the options. He pictures the baked fish, fried chicken and buttered okra—and declares it impossible to decide which of the restaurant’s classic dishes is his favorite. piccadilly.com

These Baton Rouge companies are among the fastest growing in the U.S.