OK, so Gov’t Taco is not an actual government-run building. But it is inspired by the American political system—and all the conspiracies that come with it.

Inside the local favorite’s new home on Government Street, the bar is decked out in black tiles with patriotic white stars. Behind it, a framed portrait of George Washington gets a modern update with a pink neon light slashed across his eyes. In the dining area, there are three, tall, fluted columns like you might find on a D.C. landmark. 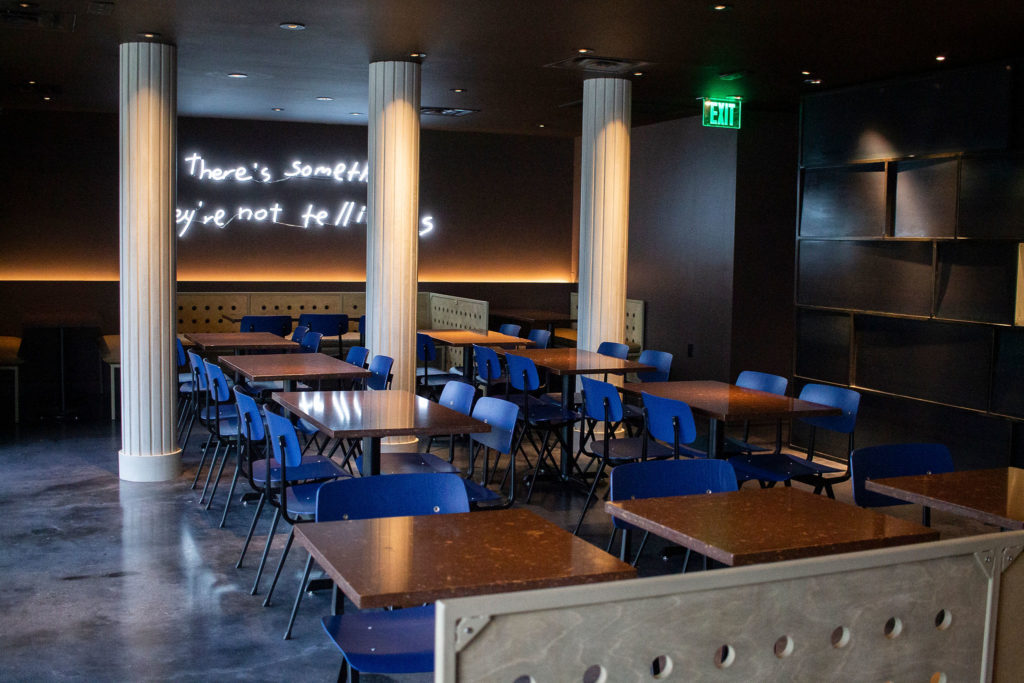 Even the bathroom interiors weren’t overlooked. The dark, elegant bathroom sink area is complete with money-inspired wallpaper that has the pyramid and Eye of Providence from the $1 bill. One bathroom pays homage to Neil Armstrong, his face marked with yearbook-style doodles. The other room highlights the John F. Kennedy and Marilyn Monroe rumors with a portrait of Kennedy on one wall and a large image of Monroe with a red X over it.

Did we mention each bathroom has all-black toilets, a hand sanitizer pump and a full-length mirror? (Selfie-friendly: Check!) 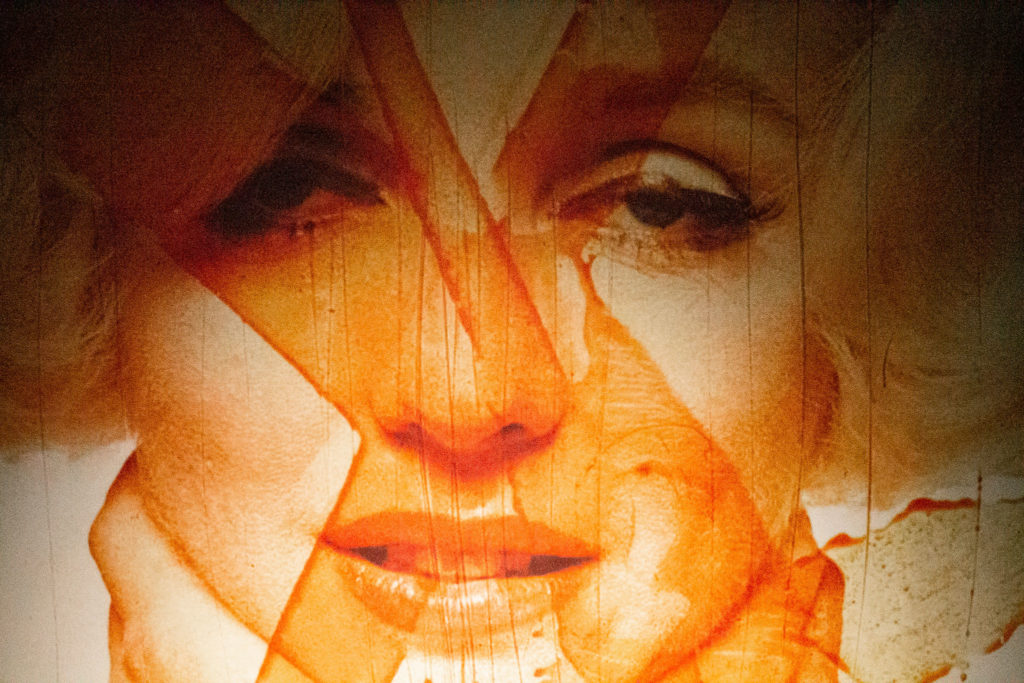 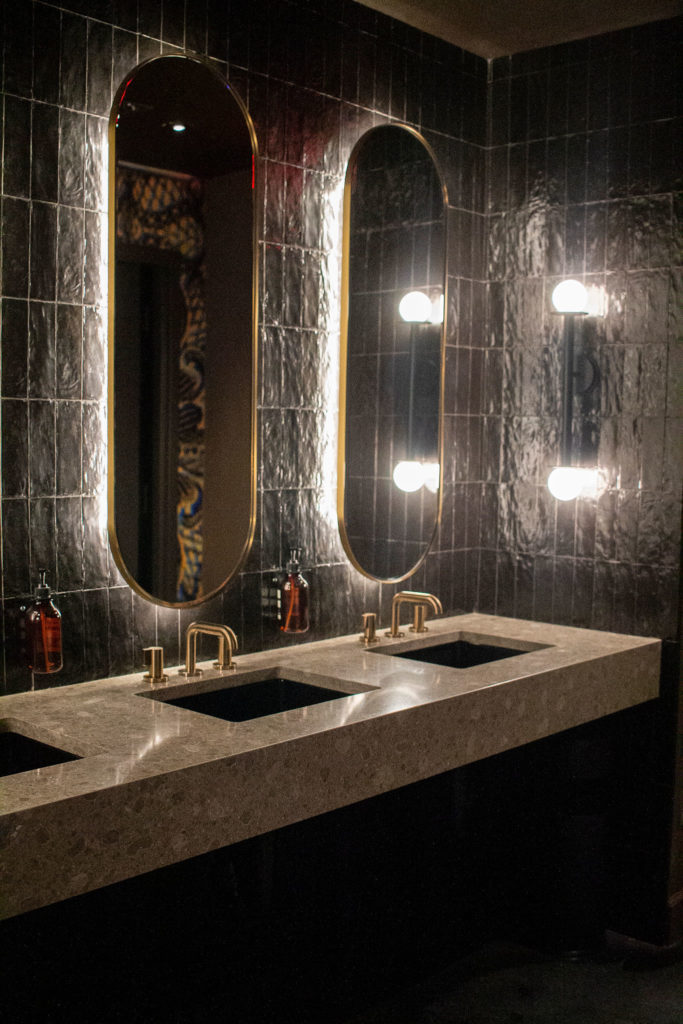 After being announced as the first vendor in White Star Market, Gov’t Taco debuted its booth when the market opened in May 2018. The local taco joint went on hiatus almost two years later, though, when the market permanently shut down in March during the pandemic.

“Going from White Star Market to this was the natural evolution for us,” Gov’t Taco owner Jay Ducote says. “It was something that we were planning pre-COVID. It is interesting trying to open my first full restaurant during a pandemic. But this was kind of the next step in the progression of Gov’t Taco, and we certainly aren’t planning on stopping here. We really want the vibe to be your friendly neighborhood taco joint.”

Ducote says plans for the brick and mortar had been in the works since April 2019. Once White Star closed, the Gov’t Taco team put all its efforts into this new location, which shares a building with the new Cypress Coast Brewing. Now, the time has come. The restaurant will officially (and intentionally) open on Election Day, Nov. 3. 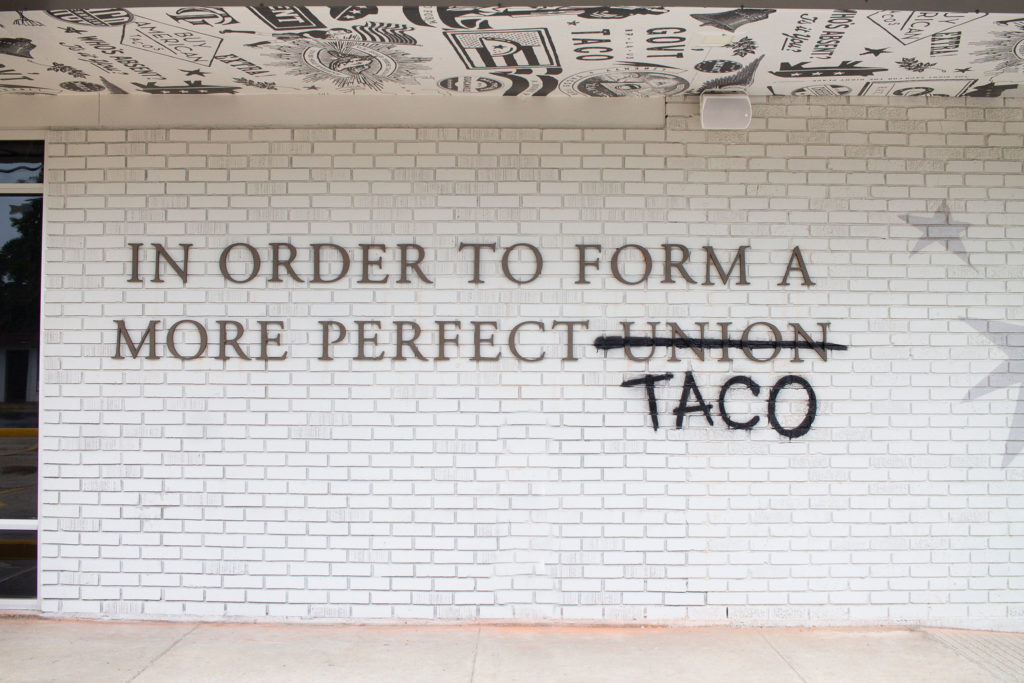 After you cast your ballot, reward yourself with some American government-themed tacos, sides and drinks. The menu has more than doubled its size. It’s still dotted with customer favorites like “The Magna Carrot” taco with cane-glazed carrots, black bean puree, goat cheese, chimichurri and pepitas; and “Clucks and Balances,” which is made with smoked chicken thigh, pimento mac and cheese, Nashville hot chicken skins and white barbecue sauce.

It also has new additions like the “Buffalo Bill” taco, made with crispy buffalo chicken, blue cheese crema, cabbage, carrots and micro cilantro; and the “Phillibuster,” made with coffee- and chile-braised beef, cheese, grilled onions and bell peppers. And there’s more. New bean and beet-based dips like the “Black Bean Dip-lomat,” the “Boston Beet Party” and The Bean-Geoisie are also on the menu.

For the first time, Gov’t Taco will also be serving alcoholic beverages at its new bar. The cocktails are just as playful as the food menu.

In addition to craft beer, wine and frozen and iced margaritas, the bar serves mixed drinks like a variety of palomas; the “Nice Planet, We’ll Take It,” which is made with Brugal Extra Viejo rum, egg white, ginger-hibiscus-peppercorn syrup, lime and topped with an orange twist; and “Something Tropical,” which includes Rayu mezcal, Dolin Rouge vermouth, orgeat, pineapple, lime, coconut milk and Aztec chocolate bitters. 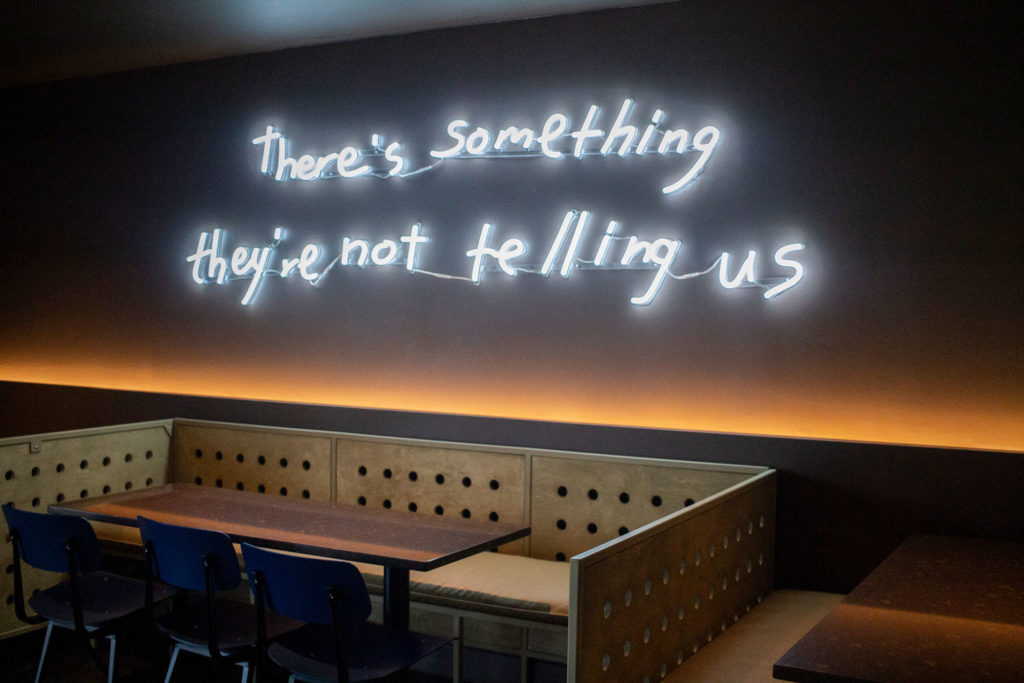 “I think everyone was expecting to walk in here and see the deli paper pattern all over the place. But we wanted to make it more elevated,” says Blair Loup, creative director of Gov’t Taco and vice president of Jay Ducote Hospitality Group. “So we made the space dark, played up the conspiracy a little more and just had fun with it.”

From the humorous and quirky menu items to the play on politics and government conspiracy theories throughout the decor, dining at Gov’t Taco is a completely unique experience in Baton Rouge.

See the space in-person at the Gov’t Taco grand opening Tuesday, Nov. 3. Locals can dine-in or order take-out, and indoor and outdoor seating will be available.