A fun part of writing this monthly recipe feature is keeping up with food trends. They are so diverse and can stem from anywhere in the world. A dish that seems to be popping up everywhere in America—even here in Baton Rouge—is the ramen bowl. This Asian street food is the ultimate in flavor and comfort. It’s perfect any time of year, but especially nice to warm you up in winter.

There’s a history to this now-global dish that’s as rich as its warming broth. It is believed Chinese immigrants brought ramen to Japan during the country’s industrial revolution in the late 19th century. As this new working-class population moved into major Japanese port cities, street vendors and food carts began selling noodles to feed hungry factory workers.

During World War II, Japan experienced a food shortage and famine. The Japanese government placed heavy restrictions on food, including prohibiting establishments from making a profit on food. In the 1950s, once the food restrictions were lifted, ramen regained its popularity—but as a more upscale dish for Japanese families. By the late 1980s ramen had become as ubiquitous in Japanese cuisine as sushi.

In fact, ramen is such a part of the country and its history, there are now two museums in Japan dedicated to the noodle dish: one highlights traditional ramen over the past 150 years, while the second focuses on instant ramen and its popularity.

For this month’s menu, we’re doing a homemade take on ramen with from-scratch broth, flavorful chicken thighs and all the toppings. As a refreshing counterbalance to those savory flavors, we crafted a green tea and vodka cocktail that marries antioxidant-rich ingredients with a kick of liquor. Enjoy! 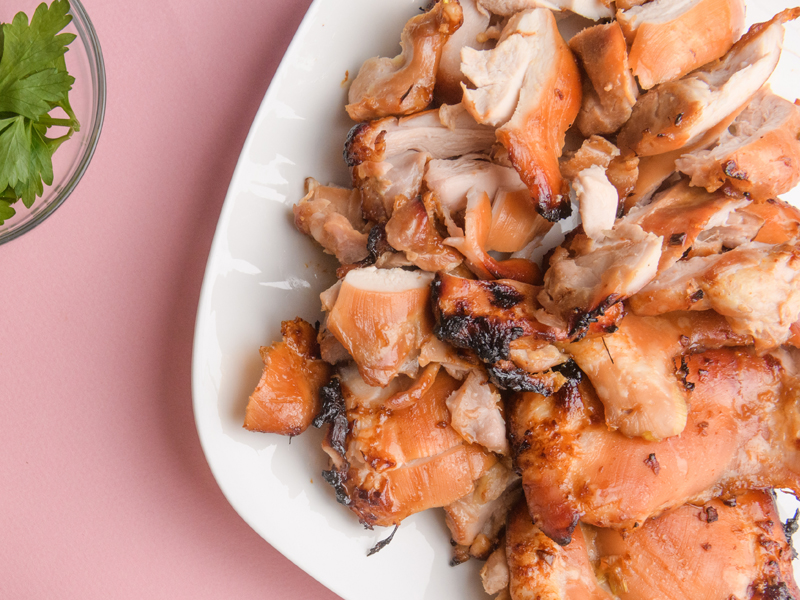 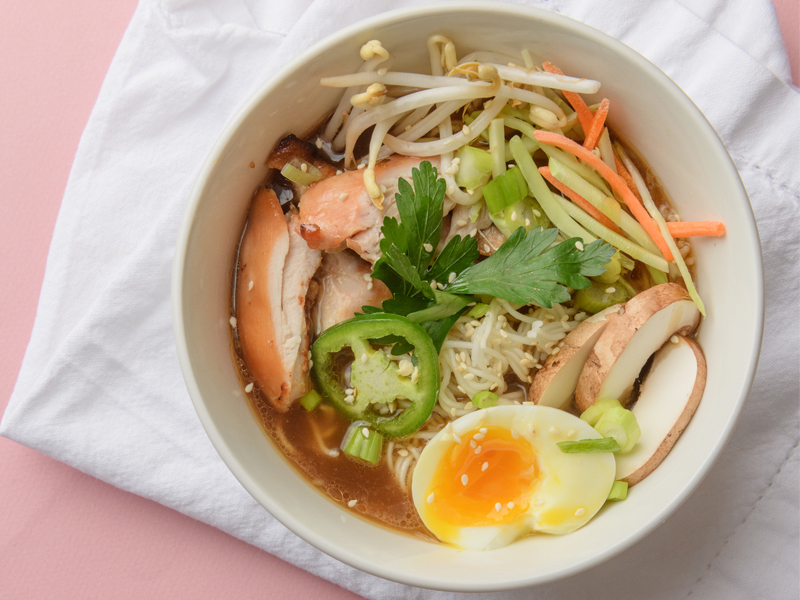 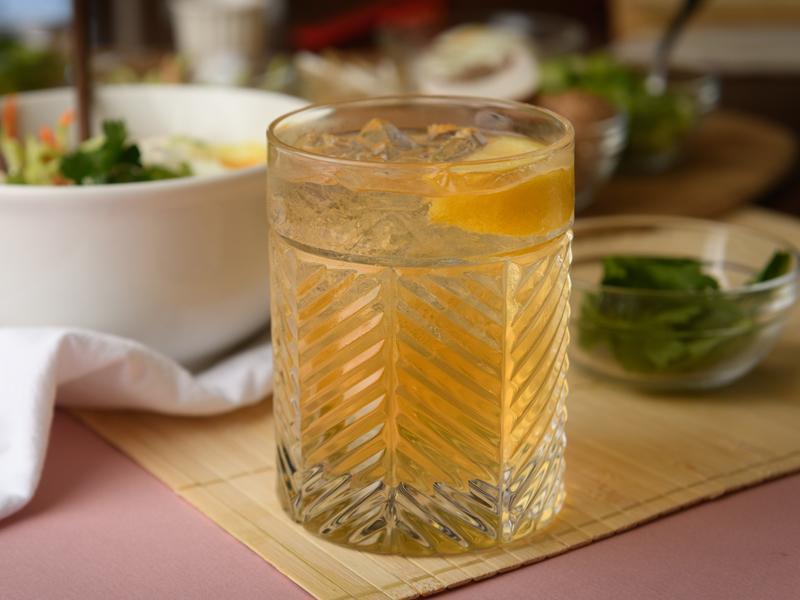 Green Tea and Vodka Cocktail with Honey and Lemon