Baton Rouge is a runner’s town, and one of the sport’s most enthusiastic disciples is Kaylin Ricard.

A longtime fitness buff, Ricard got into running after meeting the man who would become her husband, Kenny Ricard, an avid runner and founder of the Baton Rouge Chapter of Black Men Run. The two got acquainted at the YMCA’s ExxonMobil branch in 2018, and it wasn’t long after meeting that Kenny invited Kaylin on a run. They ran the Harding Boulevard overpass into Southern University, a popular path among runners known as “The Hump.”

In short order, she was hooked. It satisfied her long-standing desire to push herself and fed her love for training for a specific challenge: road races. Since 2018, she has completed about 60 running competitions, including 5Ks, 10Ks, a couple half marathons, and, recently, triathlons. 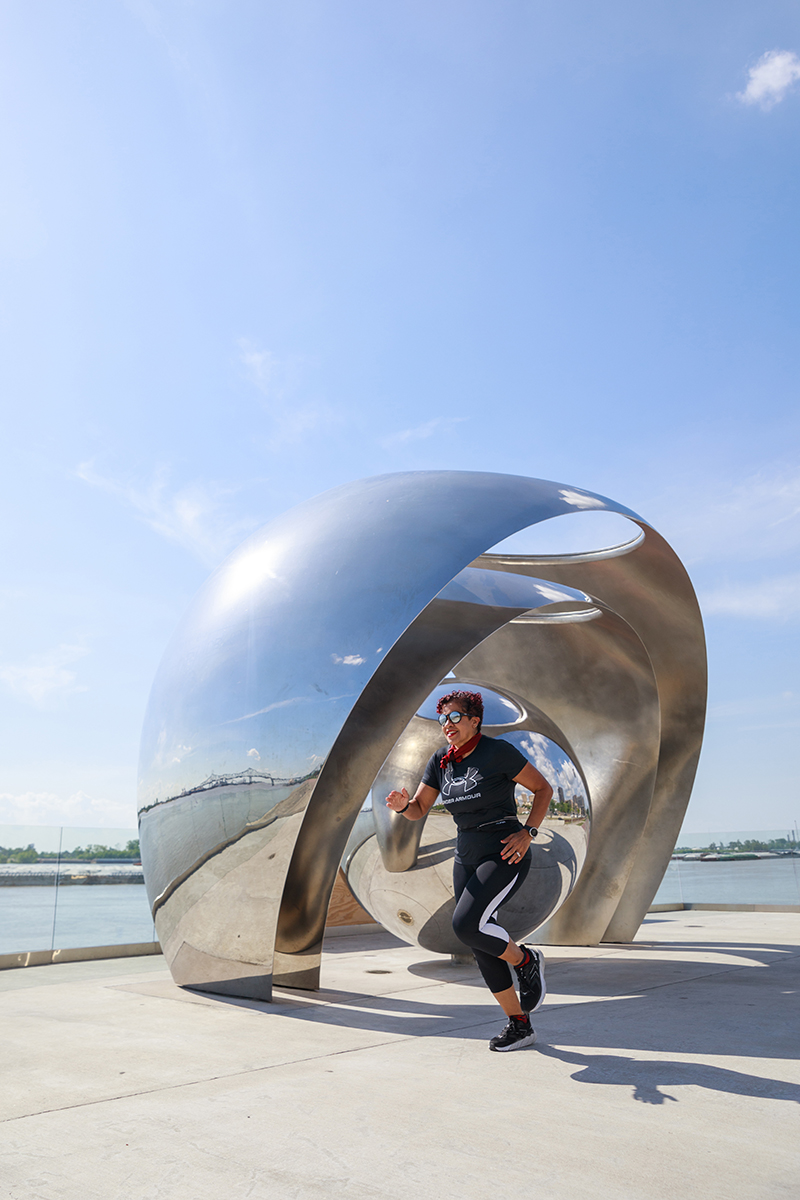 The Ricards, who got engaged during the Crescent City Connection Bridge Run in 2019, train vigorously together. The duo routinely runs along the LSU Lakes and the Mississippi River Levee or over The Hump.

Runners like the Ricards take advantage of a local running scene that has grown significantly over the last 20 years, says Pat Fellows, whose Fresh Junkie Racing owns or produces more than 30 races in Baton Rouge and around the country, including the Turkey Trot and the Louisiana Marathon. Growth in running in Baton Rouge follows a global trend that has seen race participation increase by more than 50% over the past decade, according to the 2019 State of Running report by the International Institute for Race Medicine. Moreover, several Capital Region running clubs keep runners motivated with group runs followed by social events, Fellows says.

“It’s a big part of our quality of life here,” he says “You really don’t have to look far to find the running scene.”

“It’s a fun way to meet and be social,” Ricard says, but also to work out and motivate each other.”