Our tour guide, Sarah, decked out in an antebellum gown, is telling us in a drawling Southern accent about the legends of The Myrtles Plantation.

Right now, she’s talking about the famed haunted home’s history: Attorney David Bradford escaped arrest for his role in the Whiskey Rebellion in 1794 and traveled down the Mississippi River to lay the foundations of The Myrtles.

I’m trying to listen. I really am. But in the corner of my eye, I swear I keep seeing the shadow of a figure flitting across the foyer.

Agreeing to stay the night at the self-proclaimed “Most Haunted House in America,” widely rumored to house a host of spirits, would keep anyone on high alert.

Tonight, I’ve brought my editors Jennifer Tormo and Benjamin Leger with me for backup, and we’ve booked two adjoining rooms in the main house, which we find out were both once used as the children’s nursery.

As Sarah leads us through the “mystery tour” of the house, she tells us more about our rooms. The Ruffin Stirling Room, where Jenn and I will stay, is named for one owner of the house who loved to tuck his grandchildren into bed. As legend goes, his ghost can often be felt pulling the sheets snug in your bed. The William Winter Room, where Ben will sleep, is purportedly haunted by the ghost of a voodoo priestess who was hanged after failing to save one of the children of the home from yellow fever.

We exchange glances. Jenn covers her mouth with both hands. Ben grimaces. I mouth an emphatic, “Nope.” Stephanie Landry, our skittish photographer who still hasn’t forgiven us for putting her through this issue’s 13th Gate photo shoot, looks like she might be contemplating adding us to the house’s body count.

All of us entered this experience with varying degrees of belief. I am a sage-burning, crystal-rubbing spiritualist. Ben is mostly skeptical. Jenn is a believer, but she’s also certain nothing paranormal will ever manifest in her presence.

Regardless of our beliefs, the longer we spend at the Myrtles, the more we agree there is something different about the energy here.

Dusk is falling around the old house now. Sarah tells us how the ghost of one lady of the house leaves a powerful scent of French perfume in rooms she’s just visited. 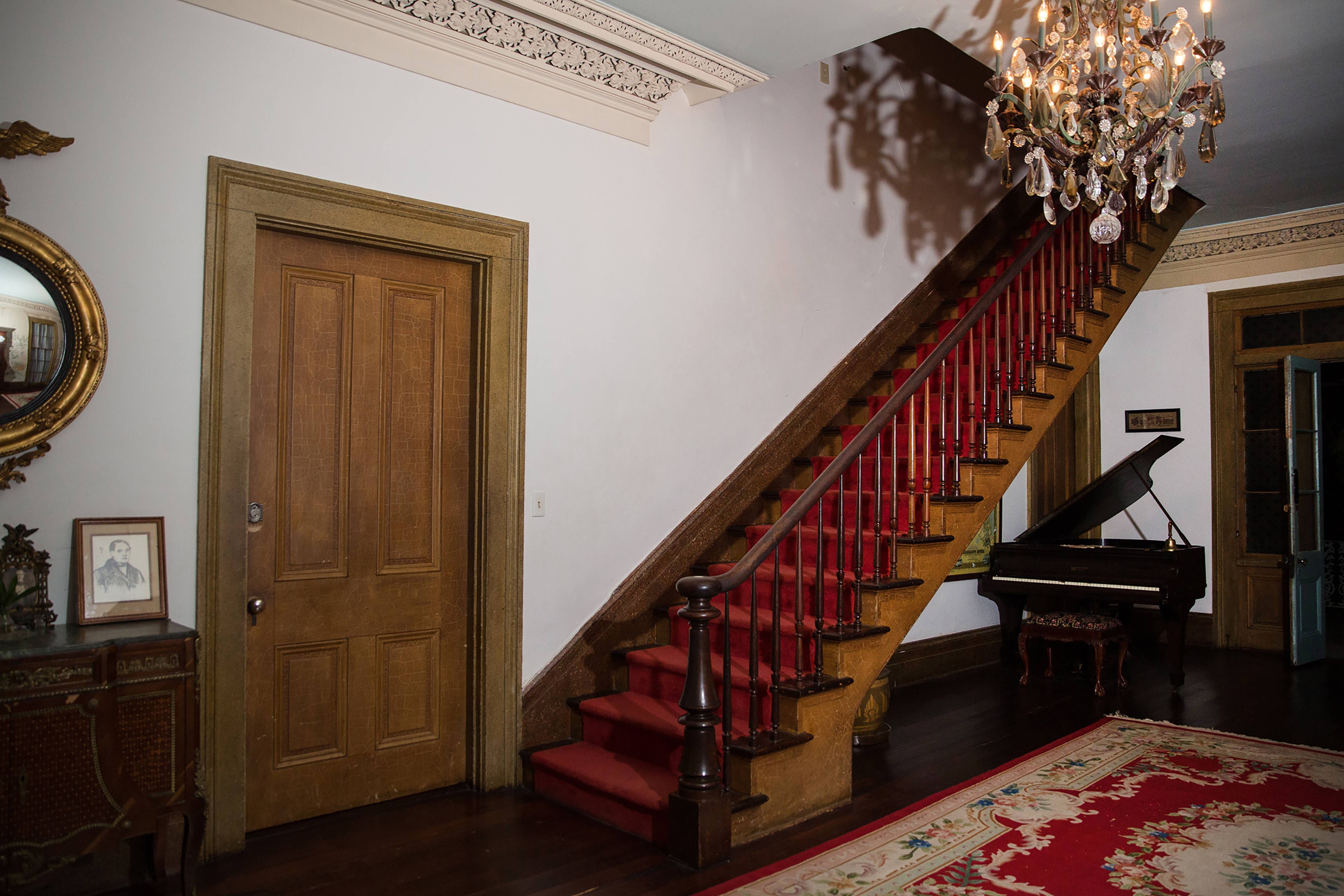 We’re feeling unsettled as we we walk into the French Room, where the lady of the house would conduct her business—and my senses flood with a thick smell of perfume.

While Sarah talks about the lady of the house’s daily tasks, I search the room for fragrant flowers, potpourri, an air freshener—nothing. I’m convinced the staff must perfume the rooms to trick you, but when I ask Sarah, she insists they don’t for exactly that reason.

Each room is filled with stories. We hear all about the parties that used to fill up the long porch of the house and the man of the house who died on the 17th step of the stairs. We learn of Chloe, a slave girl who poisoned her mistress and two of her daughters with oleander leaves baked inside a birthday cake.

Even the grounds feel alive with movement, whether natural or supernatural. Moss-covered branches sway in the breeze, old ceiling fans rattle above the porch and water ripples in the nearby lake.

When we make our way back up to our rooms after the tour, Stephanie and I both stop in our tracks on the staircase. We swear we can hear the low sound of children singing. It stops quickly, but we definitely hear it, and Stephanie spends several minutes digging around the landing, determined to find a hidden motion-activated speaker. She never does, though. 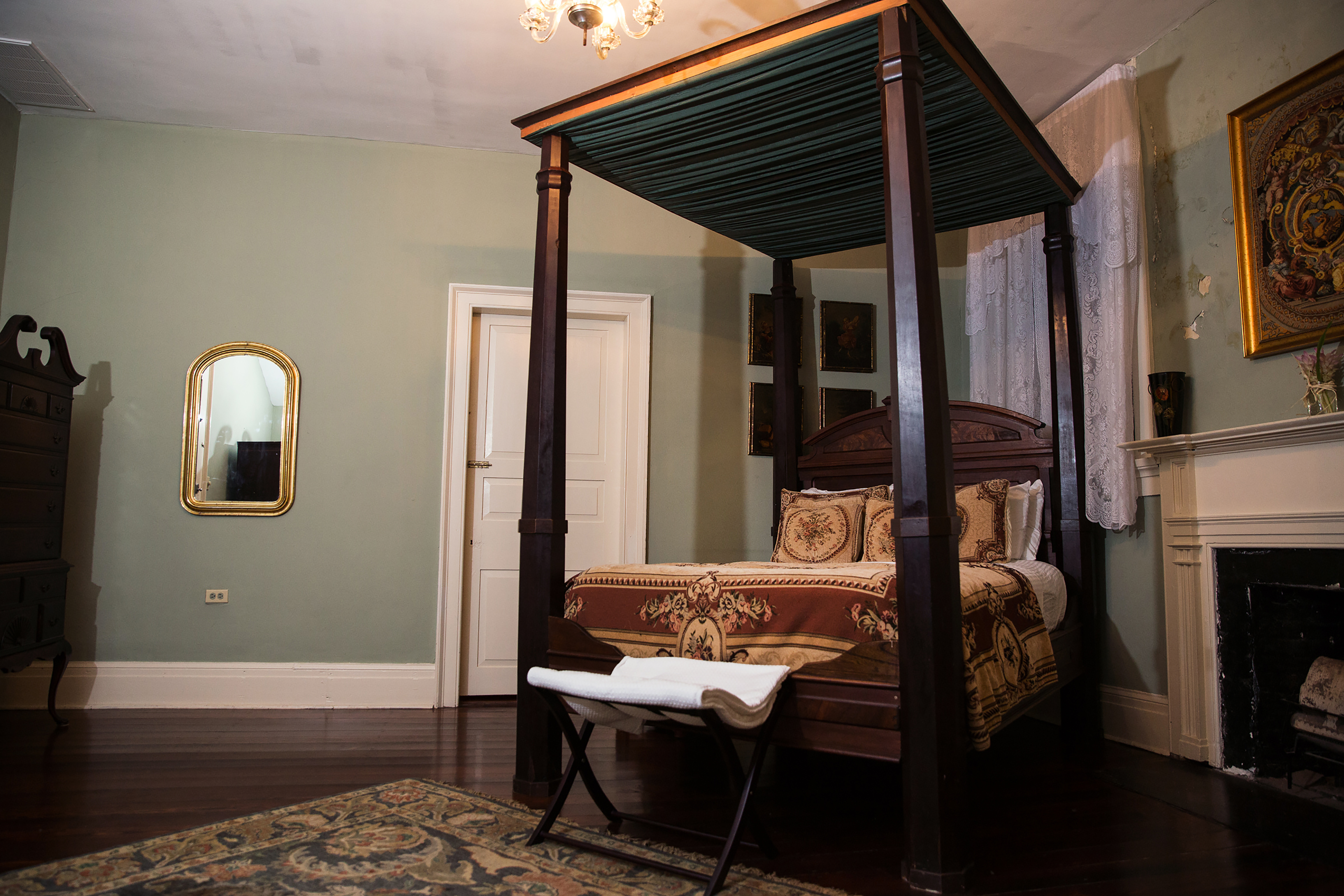 That night, we try to stay up late. Sarah told us that “the witching hour”—the peak hour of paranormal activity—is 3 a.m., when many guests report hearing the broken grandfather clock chime and music playing from the old ballroom. Determined to see a ghost, I set an alarm for 3 on my phone.

It’s easy to be brave right now, with the lights on. Before long, though, we’re falling asleep.

I wake up a few times during the night, feeling a sense of vague dread, as if something might be lurking at the foot of the bed if I peer hard enough into the darkness. But I squeeze my eyes shut and force myself back to sleep, knowing my alarm is coming.

I know I haven’t touched my phone all night. Jenn and Ben both confirm they never heard any alarm go off. All I can think is perhaps the ghosts didn’t want to be spied on. 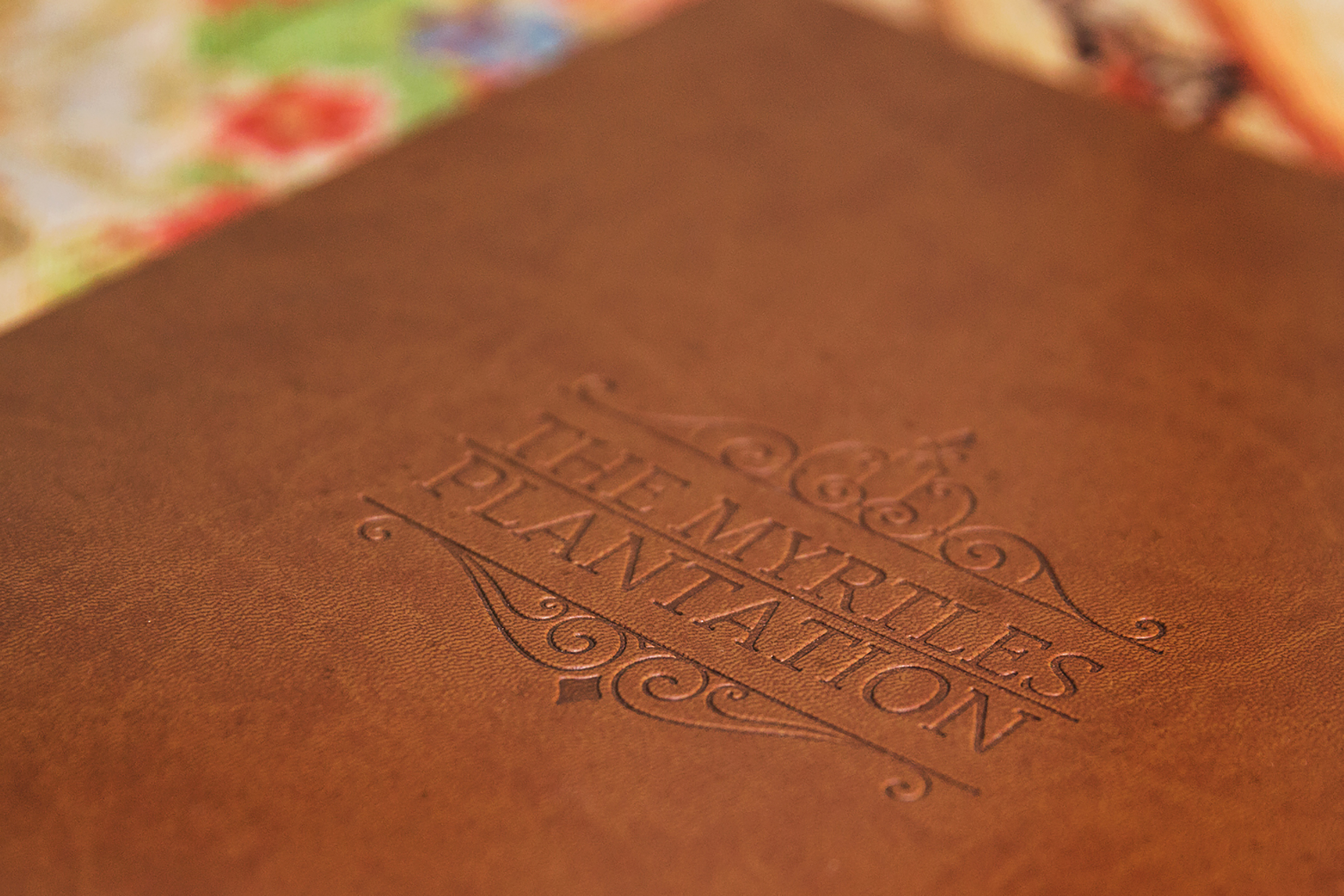 Ben leans against one of the massive bedposts of our antique bed and asks, “Did one of you walk through my room to use the bathroom during the night?”

Of course, neither of us had. We had kept the door between our adjoining rooms open all night because the bathroom is on the far end of his room. Ben—who, remember, is our team skeptic—thinks he saw a short female figure walk across his room from the open doorway, enter his bathroom and switch on the light. The vision was so vivid that he can describe her appearance: Her hair was down, and she carried herself as if she were wearing heels. When he sat up to look around the room, though, the bathroom was empty and dark, and Jenn and I were both asleep.

We debrief over breakfast and coffee downstairs. We all report strange dreams. Ben thinks he felt something tug on his sheets during the night, and Jenn says she awoke once to the feeling of something standing over her trying to put its hand through her head, followed by a loud ringing in her ears.

None of us are sure what to make of our experiences. Were they dreams during a restless night of sleep? Was it the power of suggestion? Or did we have an encounter with something beyond this realm?

One thing is certain: Something is going on at The Myrtles.

Check out some more photos from our trip to The Myrtles:

This article was originally published in the October 2017 issue of 225 Magazine.