It’s been 20 years since the 13th Gate opened its creepy doors in downtown Baton Rouge, and since then, the well-known haunted house has attracted scores of patrons annually. The secret to its success, says founder and creative director Dwayne Sanburn, has been to create an experience designed to appear so lifelike that your mind can’t help but play tricks. Surely that guy with the chainsaw isn’t serious, right?

That same verisimilitude contributes to the popularity of the 13th Gate’s sister attraction next door, the 13th Gate Escape. Open since 2014, the business has grown to include seven escape rooms with an eighth possibly opening by the end of the year, Sanburn says. Like the haunted house, the 13th Gate Escape has cemented a national reputation for visual appeal and patron satisfaction. The Goonies-esque game “Cutthroat Cavern” has won several national top-game awards for its swashbuckling sets and quality experience.

“It takes a long time to build (a game),” Sanburn says. “We do it a little different than most people in the deep detail and realism. You walk into one of our escape rooms, and you feel like you’re there. It’s very immersive.”

That’s because the rooms’ sets are designed by local movie industry veterans, giving them an uncanny resemblance to the Egyptian tomb, Mayan ruins and 1950s asylum they’re meant to mimic. Moreover, each game is built around a compelling narrative, which unfolds further as the puzzles are solved and the rooms are unlocked. The goal, of course, is to make it to the last room and escape for good.

All of the current escape rooms are intended to be suspenseful rather than scary, with one exception: “The Asylum,” a fictional century-old tuberculosis hospital that later housed the criminally insane. As the narrative goes, a plucky reporter named Jenny can’t resist sneaking inside the spooky spot. But when she goes missing, her friends (the game’s players) head inside to save her. Challenges unfold, naturally. The asylum is haunted by the ghost of a deranged doctor who once conducted experiments on his patients. Yikes. Side note to those who enjoy this particular subset of horror: “The Asylum” has a companion experience inside the 13th Gate.

The much-anticipated eighth escape room features a plane crash-themed game with two options: “The Disappearance of Flight 13,” in which the plane is lost in the Bermuda Triangle, and the self-explanatory “Hijacked,” which demonstrates the attraction’s continual ability to evolve.

“This one,” Sanburn says, “is a bit of comedy.” 13thgateescape.com 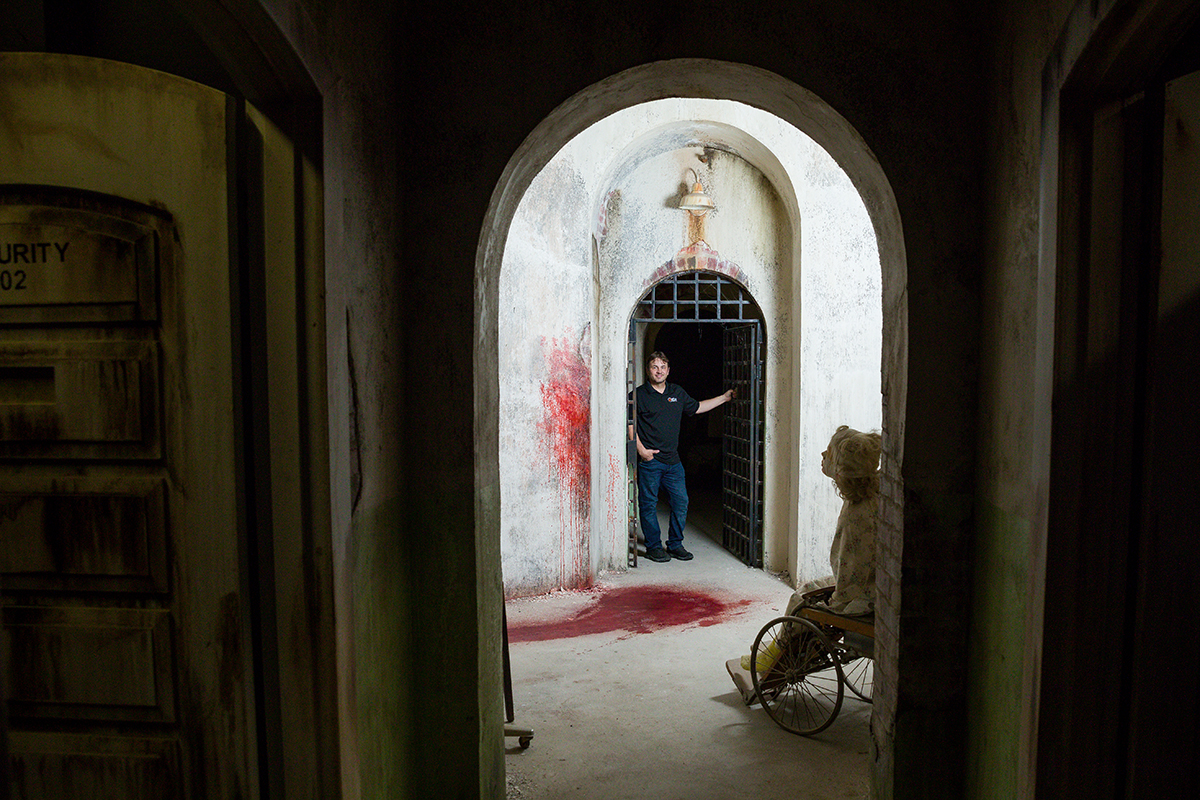