In the Bocage Lakes neighborhood, with tight, manicured lawns, stringent construction standards, and a gate that closes firmly behind homeowners and their guests, sits a house far different from the norm.

At least on the inside. From the outside, this house was created to blend seamlessly with the classic suburban scene. But one step through the 9-by-6-foot, industrial-style front door, and the outside world melts away.

“Everything from the street belies what is behind the gate to the house,” says homeowner Leone Elliott. “That’s the surprise.” 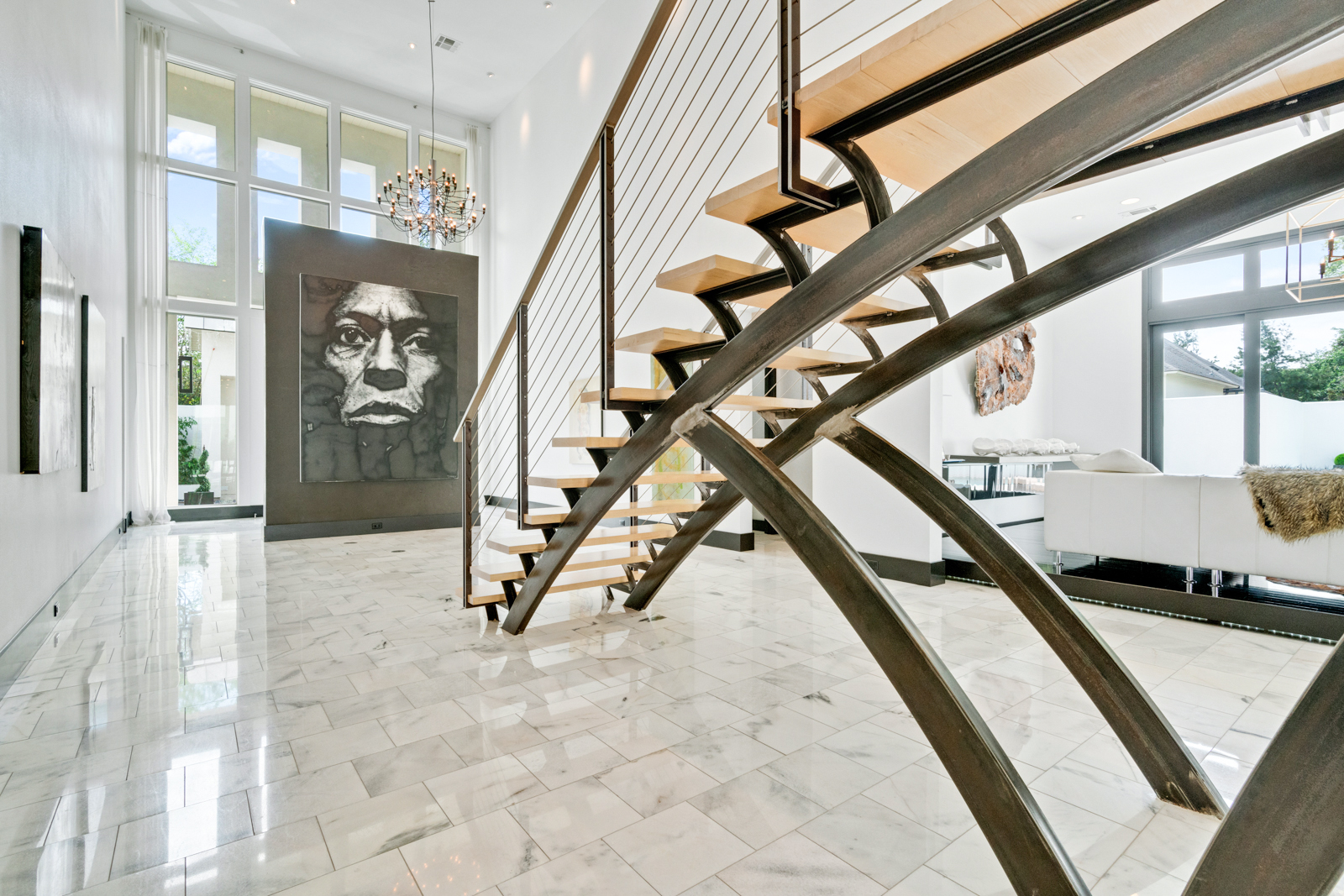 A floating wall separates the entrance from the wide-open spaces of the common areas of the house. Homeowner Leone Elliott drew the stairway and commissioned David Cano with Iron Designs to create it. “From the side, it looks like an exam table,” Elliott says. Photo by  ECKO360 / Courtesy Leone Elliott.

The grand, modern aesthetic Elliott employed in creating this abode is a surprise indeed. Ceilings soar to 24 feet in the foyer, a floating staircase stands like a sculpture in the front hall, and an open-concept common area offers ample space for entertaining guests as well as raising children. The kitchen, dining and den areas are wide open to each other and extend to a central courtyard beyond.

“Both my son and daughter actually used to ride their bikes throughout the house,” says Elliott, physician and founder of the Healthcare Gallery and Spa. “Although the home is extremely modern, we moved in when my daughter was only 1. It’s been a great house for kids—there really aren’t that many things to break.”

Elliott and his wife, Sophia, built the house 10 years ago and implemented design concepts—common now—that were forward-thinking for the time. Eco-conscious elements include an 8-foot perimeter wall that creates privacy but allows natural light to stream in the oversized windows without the need for curtains. Natural cabinetry was imported from Brazil for the kitchen and bathrooms, a tankless water heater was installed, and A/C units were separated into zones. Although private from the outside, each room opens to its own courtyard to meld inside living with nature. 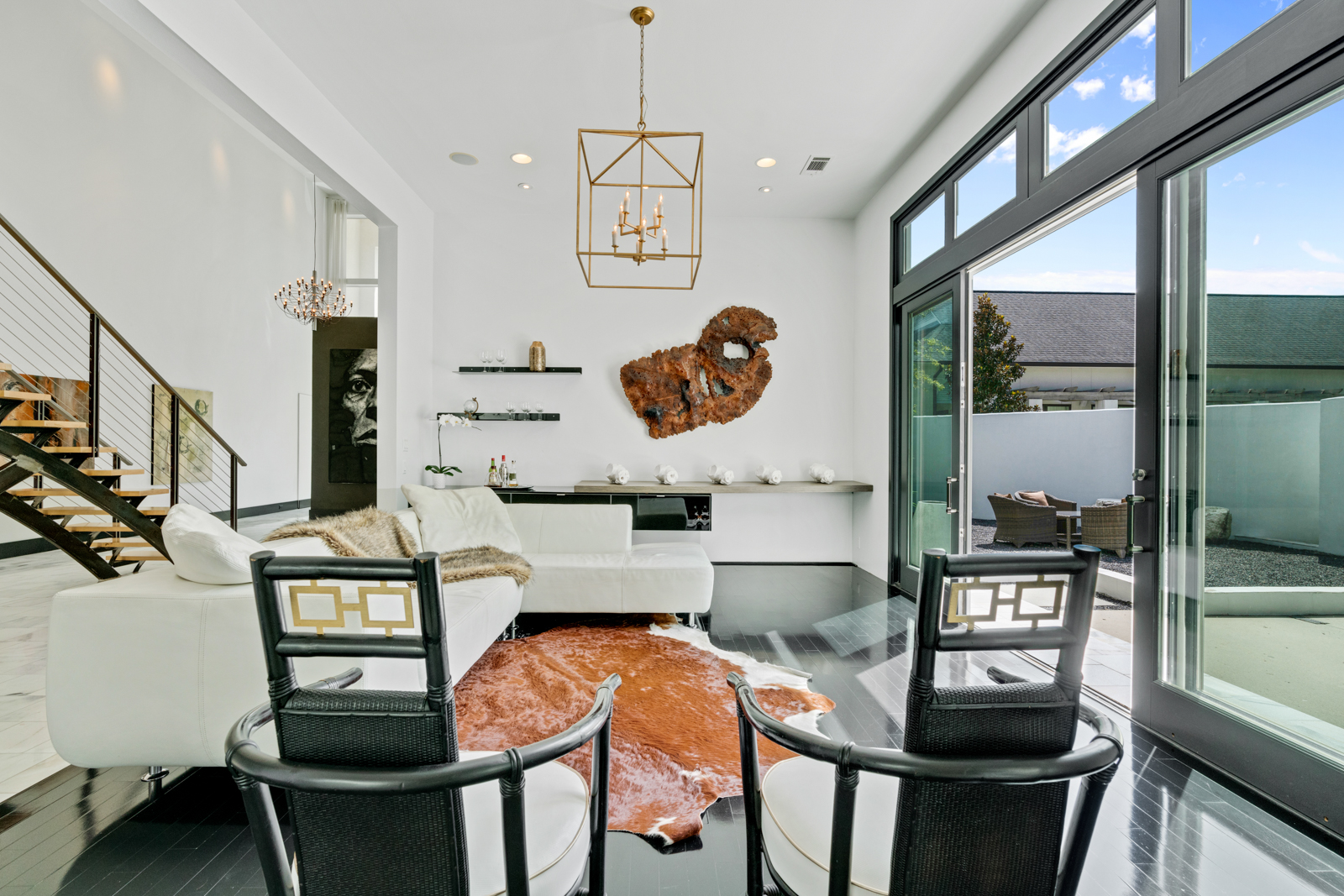 Elevated, high-gloss ebony floors separate the sitting room from the open areas around it. A Tony Mose sculpture, made from charred foam, anchors the wall. The sofa is the perfect perch to view activity in the outdoor pool just beyond the windows. Photo by ECKO360 / Courtesy Leone Elliott.

“We used depth and height to delineate spaces in the larger common areas,” Elliott says. “But we wanted it wide open because we wanted to see everyone without being on top of each other.”

Throughout the house, art is boldly on display. “Art is a big consideration in the design,” says Elliott, whose wellness clinic also serves as an art gallery. He strongly supports artists through his offices as well as at home, where large pieces of art take center stage. “There are not a lot of walls, so the big pieces stand out.” 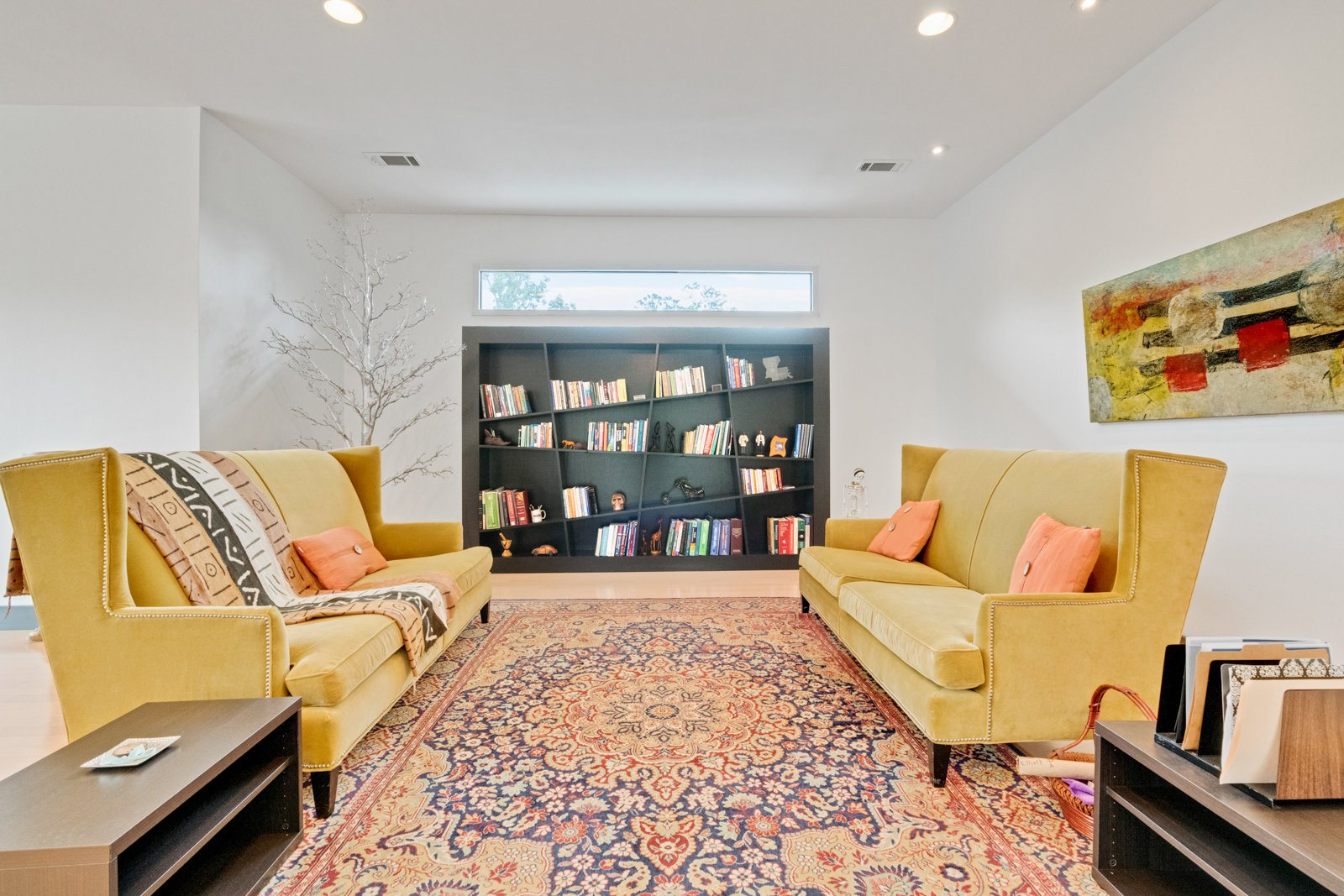 Elliott fell in love with an unusual bookcase available through the contemporary design company Ligne Roset. He had his trim carpenter build one to mimic high-end shelves, and placed his custom piece in the upstairs reading area. Photo by ECKO360 / Courtesy Leone Elliott.

What also stands out is the attention the house has received from those outside the city. Elliott’s home has been leased three times for directors and producers to stay in while shooting films in the area, most recently by Tom Hanks. During these times, the Elliotts have moved out to accommodate the celebrities (and let Hanks enjoy the Miele coffee machine). But they have always been delighted to return to their modern oasis.

“It has been phenomenal living here,” Elliott says. “It’s been a fantastic house for kids, but we’ve also entertained quite a bit. It appeals to everyone.” 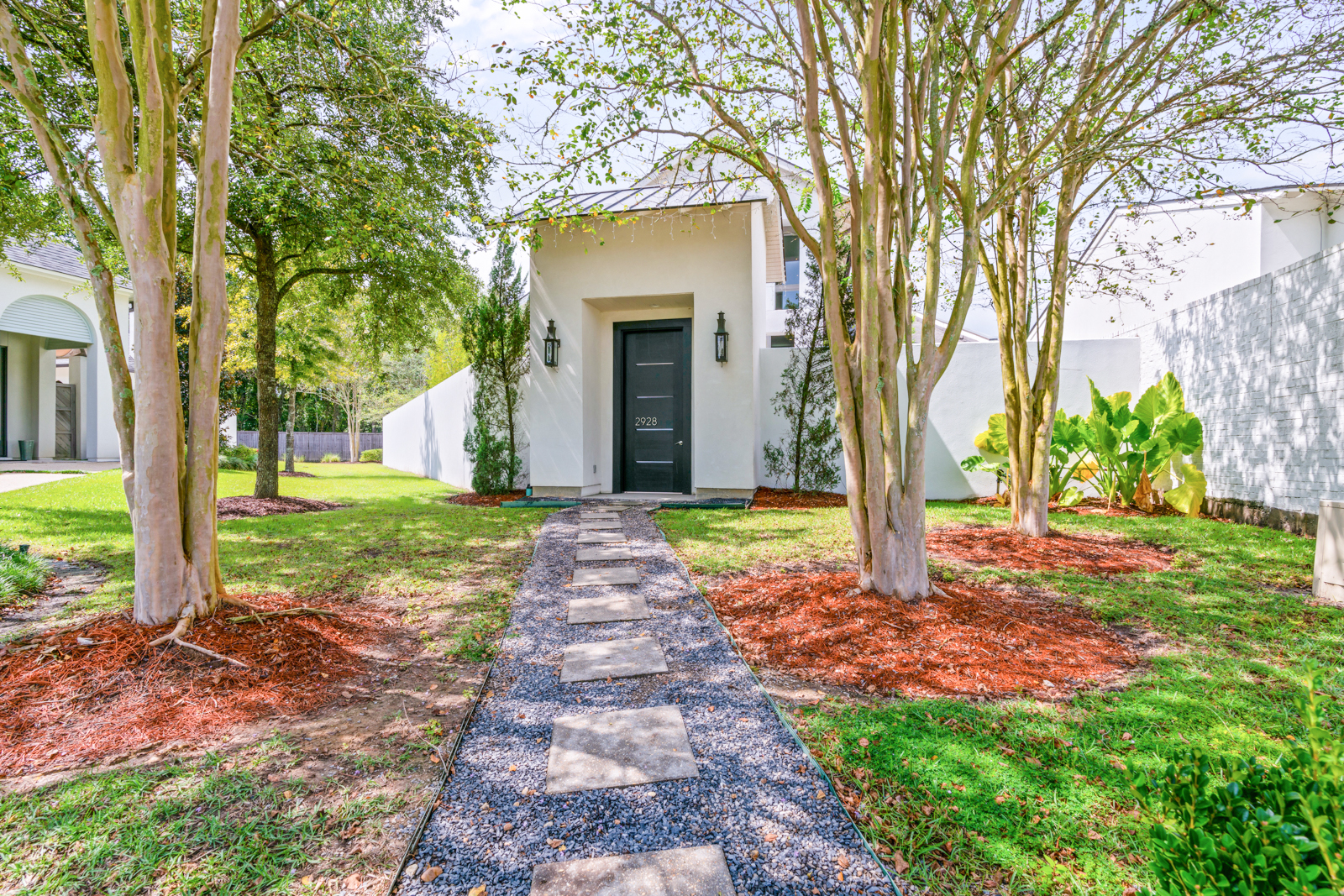 A gateway door on the exterior of the home opens to a welcoming courtyard before the formal entrance to the home. A perimeter wall wraps the property and ensures privacy for the homeowners. ECKO360 / Courtesy Leone Elliott.