Ethan Melancon doesn’t want his home to feel like a museum.

He repeats this over and over as he explains his strategy for outfitting a 1913 rental house in Spanish Town.

This has become Melancon’s mantra because, well, he has a lot of antiques. Stepping into his home is like walking into a time capsule. He’s always trying to imagine how his ancestors might have decorated.

“I grew up deep in the bayou, and I have always had a love for history. I come from a Creole-Acadian family that has been in this area since the 1600s,” he says. “It sparked an appreciation for our culture at a young age. So I’m always looking for Creole items, and I try to tie everything in my house back to Louisiana.”

But. He has one caveat. 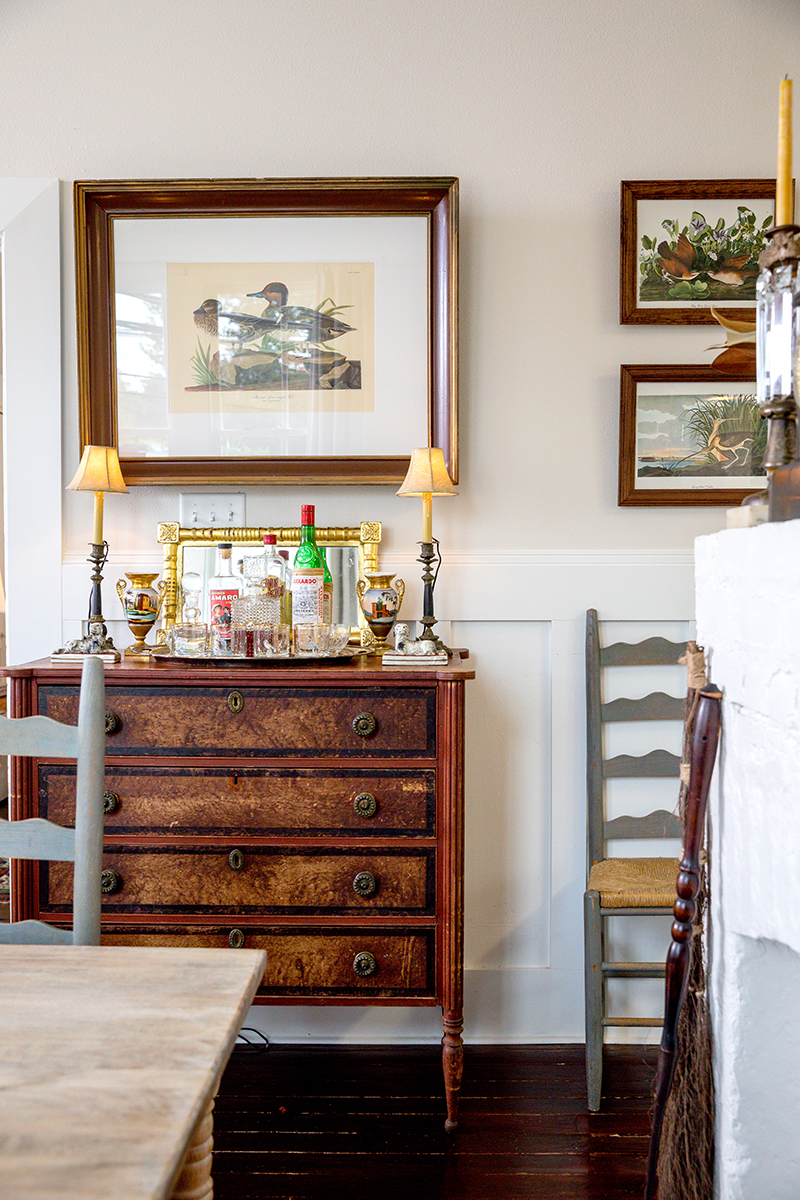 “I don’t live in a museum,” he says. “I use all of my items. Shopping antiques is more environmentally responsible … These things are built to last.”

When Melancon brews coffee in the mornings, he pours his favorite French Truck Coffee beans from an old tin can he uses as a kitchen canister. He sips drinks out of vintage mugs and glassware. And when Hurricane Ida hit in August, Melancon was ready the moment the power went out. He owns so many vintage candle holders, the house almost looked like it had electricity.

“Oh, you were just waiting for this,” his partner Joshua Wartelle joked at the time.

“Maybe a little bit,” Melancon says today with a laugh. “It made for a fun memory for like an hour, and then it got hot.”

Melancon is the director of government affairs for the Louisiana Department of Education, as well as the president-elect of Forum 225. He and Wartelle, a social worker, moved into their Spanish Town home in February 2020, and it became an instant refuge from their busy lives and the chaos of the last year. While some turned to crafting or Netflix to relieve pandemic anxiety, Melancon—who now works mostly from home—poured his energy into thrifting and estate sale digging. 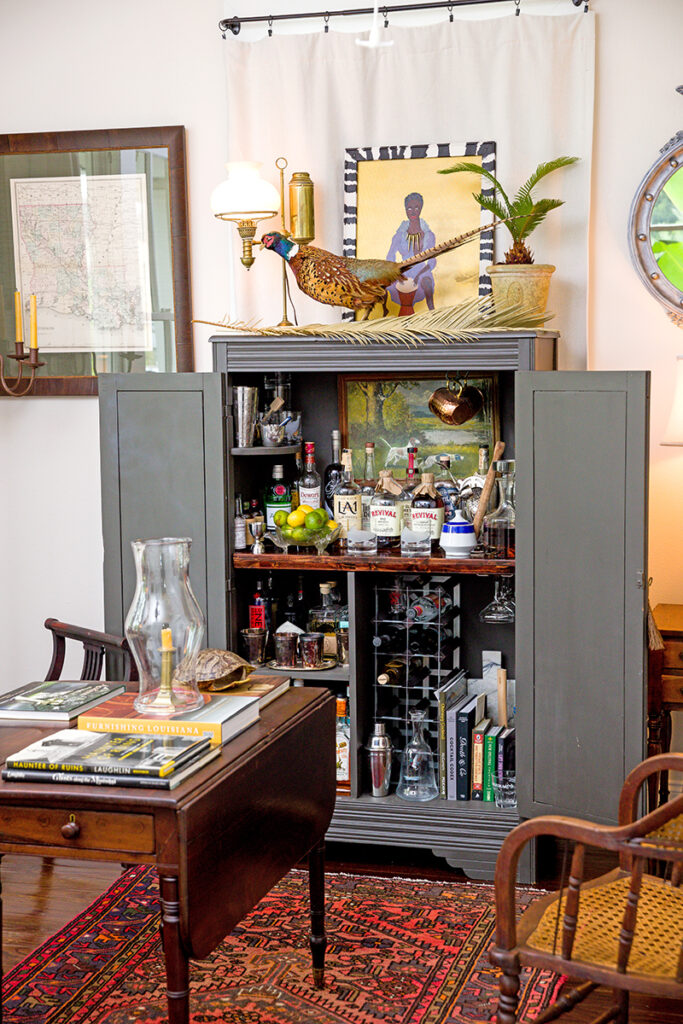 He loves to shop at Renaissance Interiors in Metairie and Showroom Antiques right across the border in Mississippi. At The Pink Elephant Antiques, he scooped up a webbed chair that once sat in Louisiana’s Old State Capitol. He collects antique girandole candelabras and hurricane globes. In another nod to Louisiana culture, he has a self-described “obsession” with ducks. You name it: duck glasses, duck paintings, duck decoys with beautiful green feathers.

He loves to update the house’s mantle for the seasons, which he’ll be “decking out for Christmas in a really subtle, tasteful way.” No animatronic Santa Clauses here; instead, he’ll mix holiday garland with magnolia leaves and old statues of saints.

But Melancon doesn’t just look to family history to decorate—his home is a modern family project, too. When he’s not trading ideas with Wartelle (who loves folk art), he’s repurposing furniture with his mom (who helped him dye a velvet chair a rich chartreuse green) or his uncle (who helped him convert an old armoire into a bar).

He’s taking pieces that were already built to last and giving them new life, a fresh history.

“In my brain, I remember the details about every item I own. I remember the exact price I spent, where I got it, what the weather was like that day,” he says. “This is what I do to relieve stress.”