It’s a common question to ask a high school student as he or she is preparing to graduate to the next phase of their life.

“Where do you see yourself in 10 years?”

If you had posed that to Zach Von Rosenberg in 2009 as the then-18-year-old was signing a professional baseball contract worthy of a $1.2 million signing bonus, his answer would not have involved punting for the national title-winning LSU Tigers. 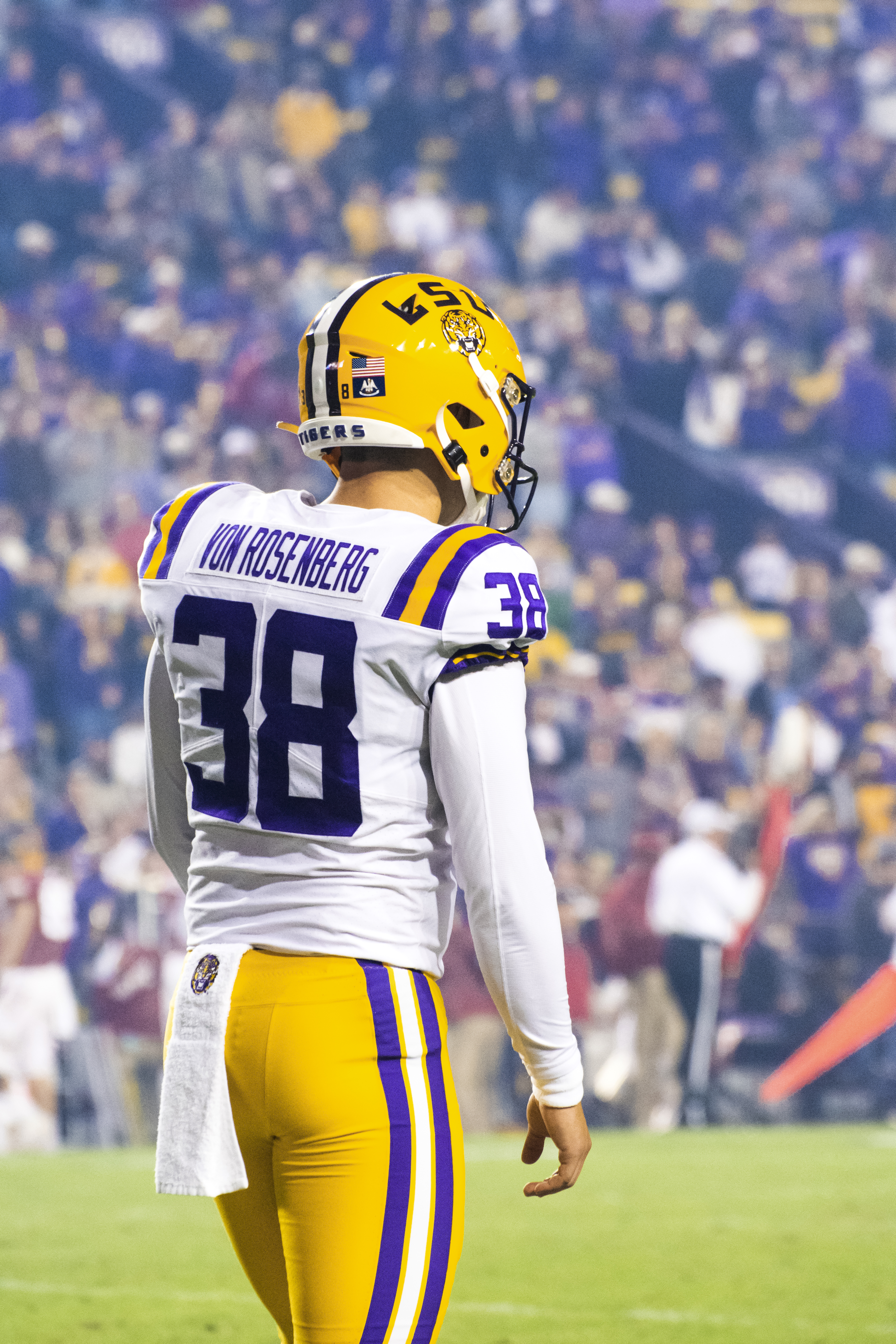 As a pitcher at Zachary High School, Von Rosenberg was rated as the No. 41 overall baseball prospect in the country by Baseball America. He helped lead the Broncos to three straight state titles from 2007 to 2009 and was throwing 88 to 91 mph as a senior. Top-level talent for a young prospect.

He was drafted in the sixth round by the Pittsburgh Pirates and spent six years in the minor leagues, bouncing around to several clubs in Pennsylvania, West Virginia and Florida before deciding to make his move back to Baton Rouge.

Von Rosenberg, who returned to college at 25 and is now entering his senior season nearing 30, wanted to stay involved in sports, and LSU’s coaching staff knew he was a good quarterback in high school.

“Cam Cameron, the [former] offensive coordinator, called me and said ‘We’ll have you. I think you should play tight end,’” he says. “So I put on 30 or 40 pounds and played tight end.”

At the time, several of LSU’s tight ends were battling injuries, so Von Rosenberg was there to fill the gap.

It didn’t take too long for those wounds to heal, and he was again out of a job.

So guess who tried his luck at punter when the Tigers’ backup got into some off-field trouble and the job opened up?

Von Rosenberg did punt in high school but never thought he’d have to develop his body to be an SEC-caliber punter.

“I had to get more explosive legs to be a pitcher in baseball, but it was a different explosion,” he says. “[In baseball] you’re trying to get all your momentum in a straight line toward home to throw 90-plus miles per hour. Punting, you’re going up against gravity. It’s a lot different, and the training reflects that.”

Comparatively, with the offense LSU fielded last season, he had 11 fewer punts despite playing in two additional games.

No worries, though. As the Tigers’ field goal holder, he still got plenty of action.

“It was more stressful because I didn’t know if we were going to score on the first or third play of the drive,” Von Rosenberg jokes. “You’re used to these long, drawn-out drives that are nine or 10 minutes. Then all of a sudden you’re scoring in 30 seconds or less. It was kind of a shock.”

Von Rosenberg will turn 30 this September, making him easily the oldest player on the squad. In fact, he’s even older than some of the assistant coaches.

He’s got plenty of experience in a variety of stops, and while he may not be the flashiest position, Von Rosenberg is again going to play a pivotal role in LSU’s success.