On the job for a year now, East Baton Rouge Parish School System Superintendent Sito Narcisse hasn’t been afraid to make bold decisions, joking that “when you’re flying a jet, you take off fast, not slow.”

Narcisse has also had time to form an opinion about his adopted city. “People who live here don’t always see Baton Rouge’s potential,” he says. “We have a lot going on, but we don’t always show confidence. You meet someone from New Orleans, and they have a swagger. Baton Rouge isn’t really that way, but we should be.”

“The biggest difference with this plan is that it’s measurable and includes key performance indicators,” Narcisse says. “I think it’s important for families to hold us accountable.” 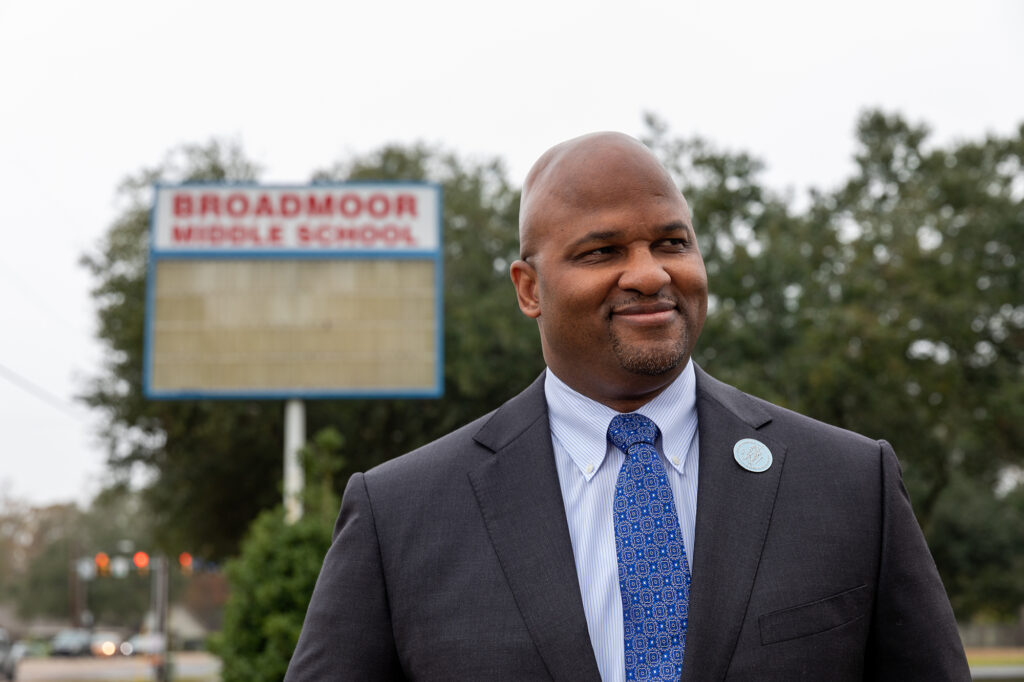 Narcisse’s vision includes opening “new types of schools that give students more options,” he says. After leading a group of educational insiders on a trip to Miami to learn how the Miami-Dade School District has innovated arts education, Narcisse sold the idea of creating a dedicated arts academy for grades six through 12. Broadmoor Middle School, which closed in 2019, will be converted into the new academy.
It is tentatively scheduled to open in fall 2024.

That’s not the only new offering families will be able to take advantage of, Narcisse says. “We’re looking at creating partnership schools that work with colleges and universities to offer special programs,” Narcisse says. “We want to build on the resources we have here in the city. For example, you might see a partnership that trains students to work in the field of water management and resiliency.”

Elsewhere, Narcisse says expanding dual enrollment classes, which allow students to earn college credit for select classes they take for free in high school, is a big priority. He will also push for industry-based certifications to be available to students in public high schools, preparing them for work in high-need sectors like construction manufacturing, business management, technology and others.

This year, Narcisse faces a unique opportunity—an infusion of $144 million in federal relief funds to curtail educational setbacks due to the COVID-19 pandemic. “It’s going to help us to catch kids up and to accelerate children to the next level,” Narcisse says. “We are going to be very aggressive in moving kids forward.” ebrschools.org