Since taking the helm of the Arts Council in 2015, Renee Chatelain has set a powerful vision for the role the arts should play in the Capital Region.

“It’s really important that Baton Rouge realize the value of its cultural and artistic assets,” she says. “Having a strong arts sector translates directly into building the economy, because talented young people want to live in a place that values the arts.”

Chatelain, whose career includes law, professional dance and arts administration, has led a sweeping strategic plan to reboot the Arts Council’s focus. She launched the annual Ebb & Flow Arts Festival downtown and has brought temporary installations by international artists to Baton Rouge, including Steinunn Thorinsdottir’s outdoor sculpture series, “BORDERS,” which had previously been housed on the grounds of the United Nations; and Philadelphia artist Olek’s “Love Across the USA: Marian Anderson,” a large crochet mural that will hang on the Triangle Building in downtown Baton Rouge until the spring.

She has also become a member of several national arts boards and committees, including one on how the arts can support incarcerated individuals and another on how the arts plays a role in disaster relief.

This year, Chatelain oversees what is arguably the Arts Council’s biggest project yet: the transformation of the aforementioned Triangle Building into the new Cary Saurage Community Arts Center. The 12,000-square-foot space opens this December and will feature, among other things, collaborative studio space for artists.

“We know from our strategic plan that we have had no arts-centric, affordable space for artists to create and collaborate,” Chatelain says. “The collaboration possibilities are really exciting. An artist might be working on a painting while an opera singer is rehearsing.”

The sustainably designed Community Arts Center will also feature classrooms, meeting and event spaces and a rooftop terrace with Mississippi River views. The $3 million project puts the midcentury modern Triangle Building, vacant for several years, back into active use. And it provides a permanent home for the Arts Council, which has been housed in the Bogan Fire Station and Museum on Laurel Street since 1978.

The Community Arts Center will also include a recording studio to support Baton Rouge’s growing number of singer-songwriters. “They have to go to Nashville and other cities to record their works,” Chatelain says. “This will

allow us to keep them here and to grow this part of our arts scene.” artsbr.org 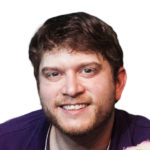 A short film submission won animatronic sculptor Barton Gilley a private tour of Jim Henson’s Creature Shop in Los Angeles, ground zero for cinematic and animatronic puppetry. While there, Gilley networked his way to a job building puppet characters for last fall’s Netflix series, The Dark Crystal: Age of Resistance. It was a childhood dream come true, and it didn’t end there. Gilley continues to go back and forth to Hollywood, working on other animatronic projects on the sets of movies, TV shows and special events. 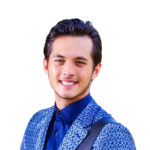 A lot has happened since the 19-year-old Livingston Parish native won the 17th season of American Idol in spring 2019. He quickly launched a national tour that will run until the end of February. Hardy was spotted at the 2019 CMA Awards in a spiffy sequined tuxedo jacket and will perform next month at the South Beach Food and Wine Festival. He’s currently in Nashville working on an album, which will include his original songwriting.