It would have been so easy for Myles Brennan to transfer out of LSU.

He had plenty of reasons to seek eligibility at another high-level program where he could have been all-but-guaranteed a starting spot. And no one would have blamed him.

But Brennan knew there was more in store for him in Baton Rouge. He didn’t want to be another statistic. He had given his pledge to LSU, and he was willing to bide his time until it was his turn to shine.

“I was put at LSU for a reason,” Brennan tells 225. “I just knew that hard work and dedication is going to pay off eventually. I worked as hard, if not harder, than a lot of the guys that were able to play and that were starting. If anything, it taught me to persevere and just to trust the process. I know that’s kind of cliché because it’s used a lot—to trust the process. But I’ve lived through it, and I’m still living through it.”

It’s never been a super clear path for Brennan to seize the starting job, either. Before he ever even got to campus, he was in competition with fellow four-star quarterback commit Lowell Narcisse (who has since transferred from LSU).

Once Brennan arrived, he was battling senior incumbent Danny Etling—who transferred to LSU from Purdue—and third-year sophomore Justin McMillin, who also ultimately transferred out of the program.

The following season, another transfer quarterback entered the picture by the name of Joe Burrow. We all know how that story unfolded.

All the while, there sat Brennan, constantly growing, observing and progressing his game just waiting for his moment in the limelight.

“I wanted to benefit from the guys that were in front of me instead of giving up and going somewhere else,” Brennan says. “And because I’ve learned so much from Danny and Joe the past two years, I feel like it definitely has helped me as a quarterback. I would not have gotten that if I’d left to go somewhere else. I just feel like keeping my head on straight and working hard every single day will eventually pay off.”

It sure seems to be paying off now. 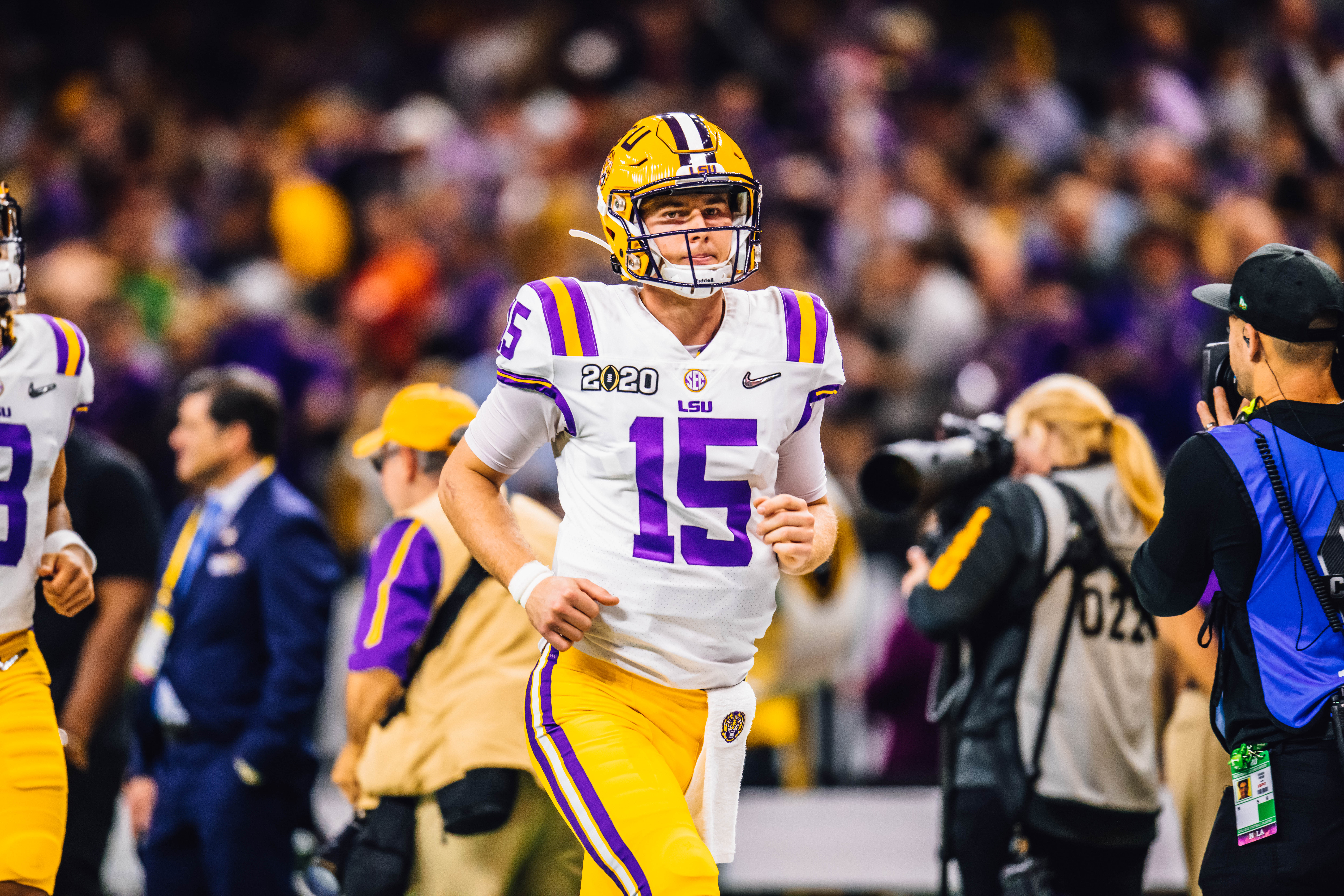 The redshirt junior is the nailed-on starter for LSU entering the season. This fall marks his fourth year on campus, which has allowed him to transform his body from a tall, lanky high schooler to a more toned, filled-out young adult.

And to top it off, he was able to be a part of an undefeated national championship run alongside the Heisman Trophy winner and top overall NFL draft pick in Burrow. He’s soaked up all the knowledge he could through team meetings, practices and game days.

“A lot of [what I learned] was his preparation and how he practiced,” Brennan says of Burrow. “I’d go in there and watch film with him, and it was really helpful to see what he would look for on certain [plays]. It was fun to pick his brain and for him to share his knowledge. All those things are in my toolbox now, and I’m going to carry those on. And I’m hoping to share those with the guys behind me so they can pick it up and start learning. It was a great learning experience, and I definitely took advantage of it.”

Brennan doesn’t have a wealth of on-field experience at LSU yet. He’s attempted just 70 passes in his college career, most of which have come in mop-up duty after LSU had already secured a strong lead.

But there’s plenty of reason to be optimistic about his inaugural starting campaign. 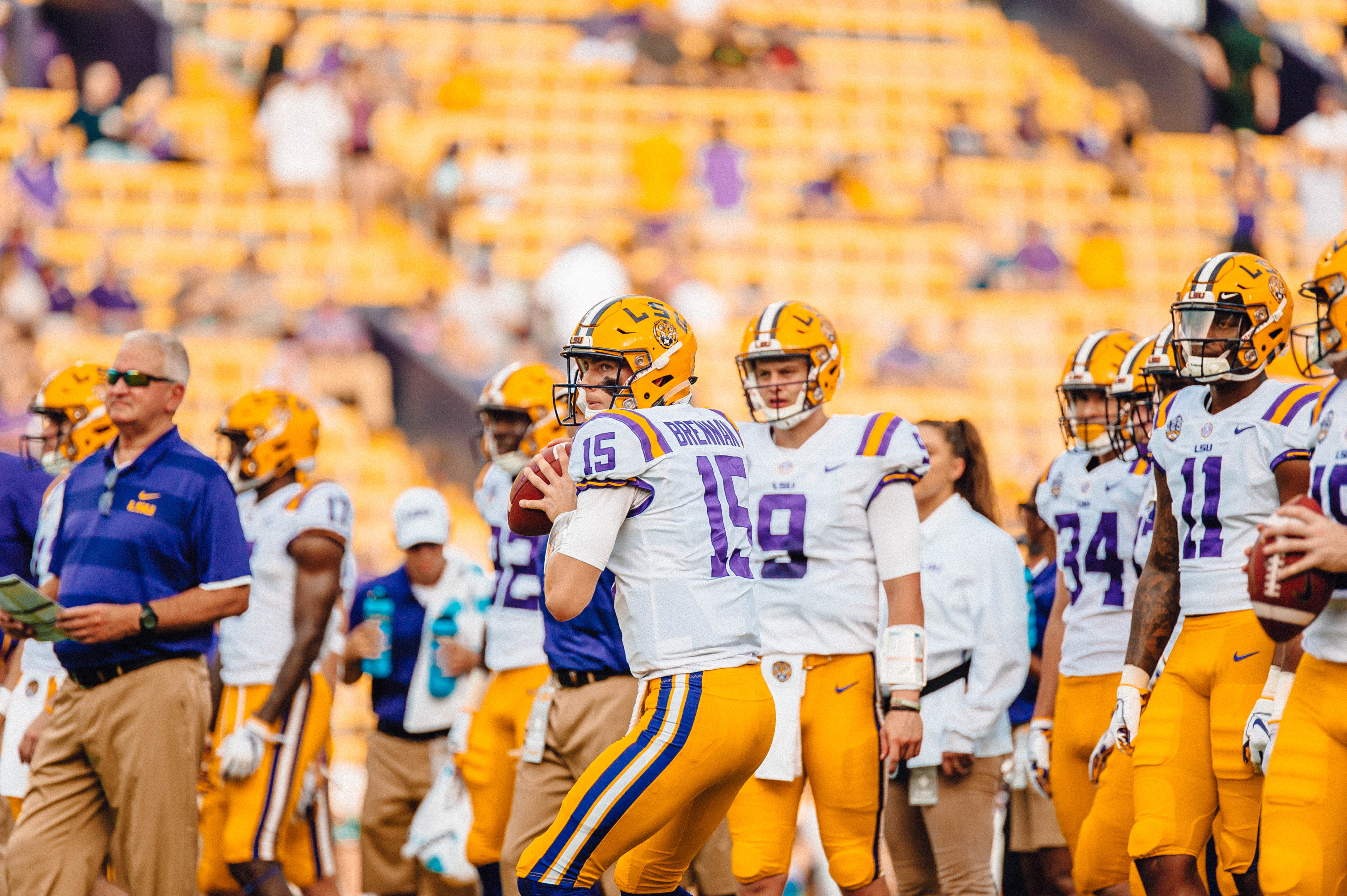 Aside from all the aforementioned benefits of being on campus for three years, Brennan will be surrounded by talent, starting with wideout Ja’Marr Chase.

Chase set multiple receiving records last season, including the SEC mark for receiving touchdowns in a season (20) and receiving yards in a season (1,780). He was named a unanimous All-American and won the 2019 Biletnikoff Award given to the nation’s best receiver.

Behind him is Terrace Marshall, who snagged 13 touchdowns last year, and rising stars like Racey McMath, Trey Palmer and Koy Moore, among countless other former four- and five-star prospects.

Burrow may have set the bar insurmountably high. But there’s no reason to believe Brennan can’t have loads of success himself. And according to the Tiger defense, he’s already beginning to show glimpses of his predecessor in practice.

“He’s very poised,” says cornerback Derek Stingley Jr. “He never gets too far ahead of himself. He’s very smart, and he has a strong arm. He’ll put the ball in a perfect spot. He can move, too. He’s got some deceptive speed. A lot of the traits that Joe had, he’s got that, too.”

Not bad company to keep.