Some voices captivate instantly, conveying heart, soul and emotion from the first words. When they sing sad songs, you feel low. When they belt out thrilling riffs, you can feel the melody in your body. Aaron “Ronday” Day does just that.

The 22-year-old local has a soft, melodic voice that complements the bass-heavy hip-hop and R&B beats he often sings over. While he is still an up-and-coming artist around town, his music is already making waves online.

The video for his single “Weekend,” shot in downtown Baton Rouge, racked up more than 9,000 views on YouTube. And he is not stopping anytime soon.

In January 2021, Day released his latest EP Musa Tape. The title is inspired by Mansa Musa, the tenth Mansa, or emperor, of the West African Mali Empire, who reigned from 1312 to 1337. He was known for being the wealthiest person in history.

The seven-song EP includes upbeat dance club anthems like “Weekend,” and slow, reflective songs like “Levee.” In the song “Never Stress,” Day sings about what it’s like to live in the South, facing gun violence and avoiding altercations with the cops. The lyrics throughout the album tell the story of a Black man navigating life and love in the South and trying to make it out of poverty. 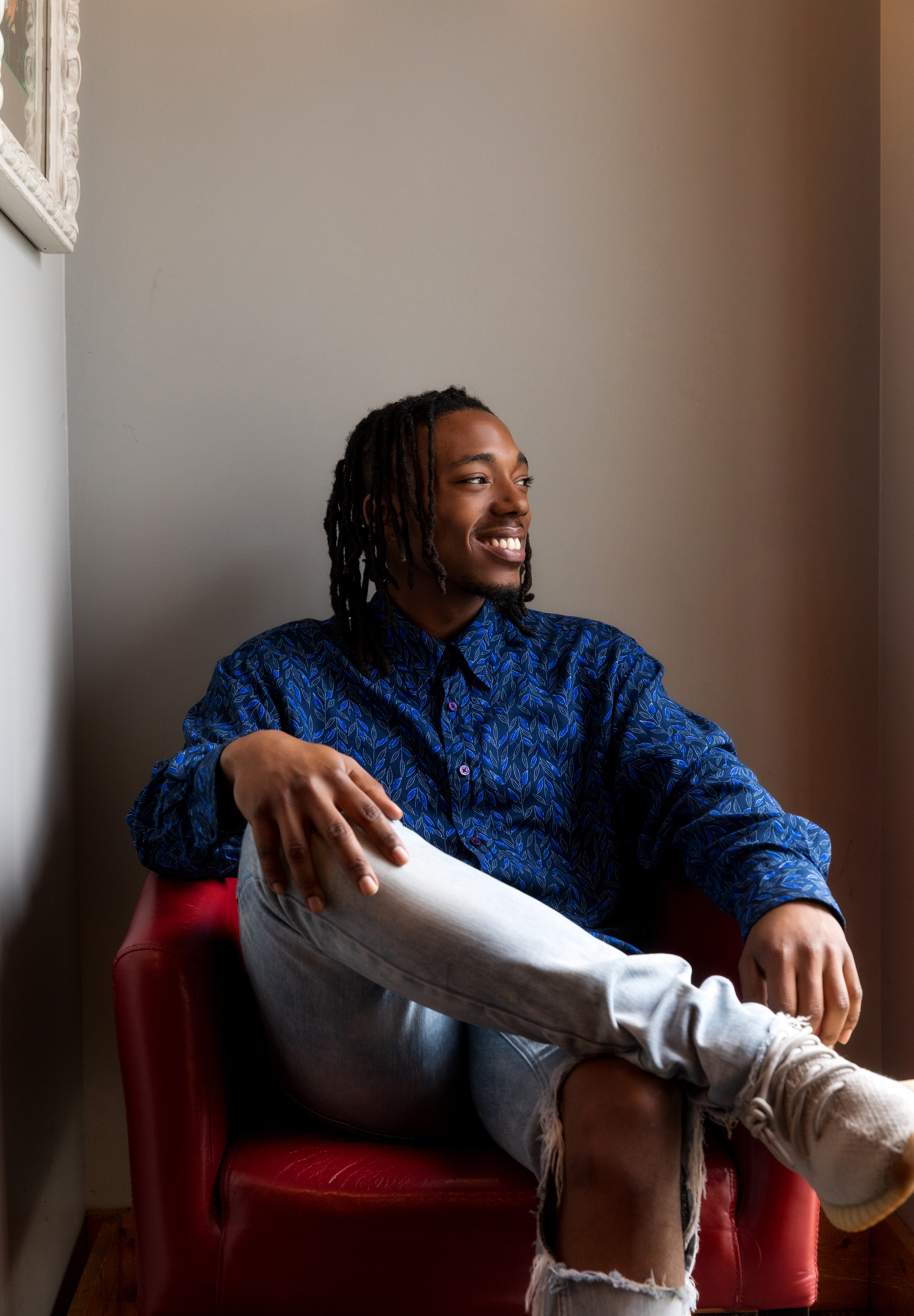 In the last song on the album, “L2g,” which stands for “love to give,” he sings, “No, we ain’t free when we ride on the freeway. Police come to take your life, no stress. Barely got no money to get by, no stress.” The song conveys how Black people are expected to keep pushing despite the anxiety of systemic odds stacked against them.

Though the topics of Day’s songs can be more serious and heavy, his sweet voice brings beauty to the lyrics. For as long as he can remember, music has always been in Day’s life. Growing up in a religious household, the Baton Rouge native sang in the choir at his church. As a child, he wrote gospel music and eventually started writing songs about his own life experiences. Though he left gospel behind, his smooth harmonies are reminiscent of that gospel sound.

This year, Day plans to release more songs, music videos and a merchandise line that features hoodies related to tracks from Musa Tape. In addition to sharing the music he loves, he wants to focus on the business aspect of the music industry and use that success to help his community.

“I want to have enough assets to help others and support other people’s vision,” Day says.

225‘s “Up Next” feature highlights up-and-coming artists in the Baton Rouge area. Pitch ideas for this feature to [email protected].

[Sponsored] The cost of cancer: How receiving care from a community Oncology practice can ease the financial burden