Can you imagine Plank Road with lively green parks, a shiny new bus rapid transit system, and affordable retail spaces and housing? Looking at its blighted buildings and empty, overgrown lots, it may be difficult to envision a future for this neglected corridor. But for the Mayor’s Office and Build Baton Rouge, the vision is clear.

This year, the city is laying the groundwork to transform it into a bustling, economically thriving neighborhood.

“This is a journey that we’re on,” Mayor Sharon Weston Broome says. “The disinvestment did not take place overnight. … But the good news is, we have a plan.”

As part of those efforts, she partnered with Build Baton Rouge (formerly the East Baton Rouge Redevelopment Authority) on the project. The organization saw Plank Road as one of the most unsafe, dysfunctional and unattractive parts of town—an area in need of vast improvements. But they weren’t going to lose hope on it.

“People go down Plank Road and see things that they wish they didn’t see,” says Christopher Tyson, chief executive officer of Build Baton Rouge. “We have to do better than that. We have to roll up our sleeves and get to work. Plank Road is as much a part of Baton Rouge as is Bluebonnet.” 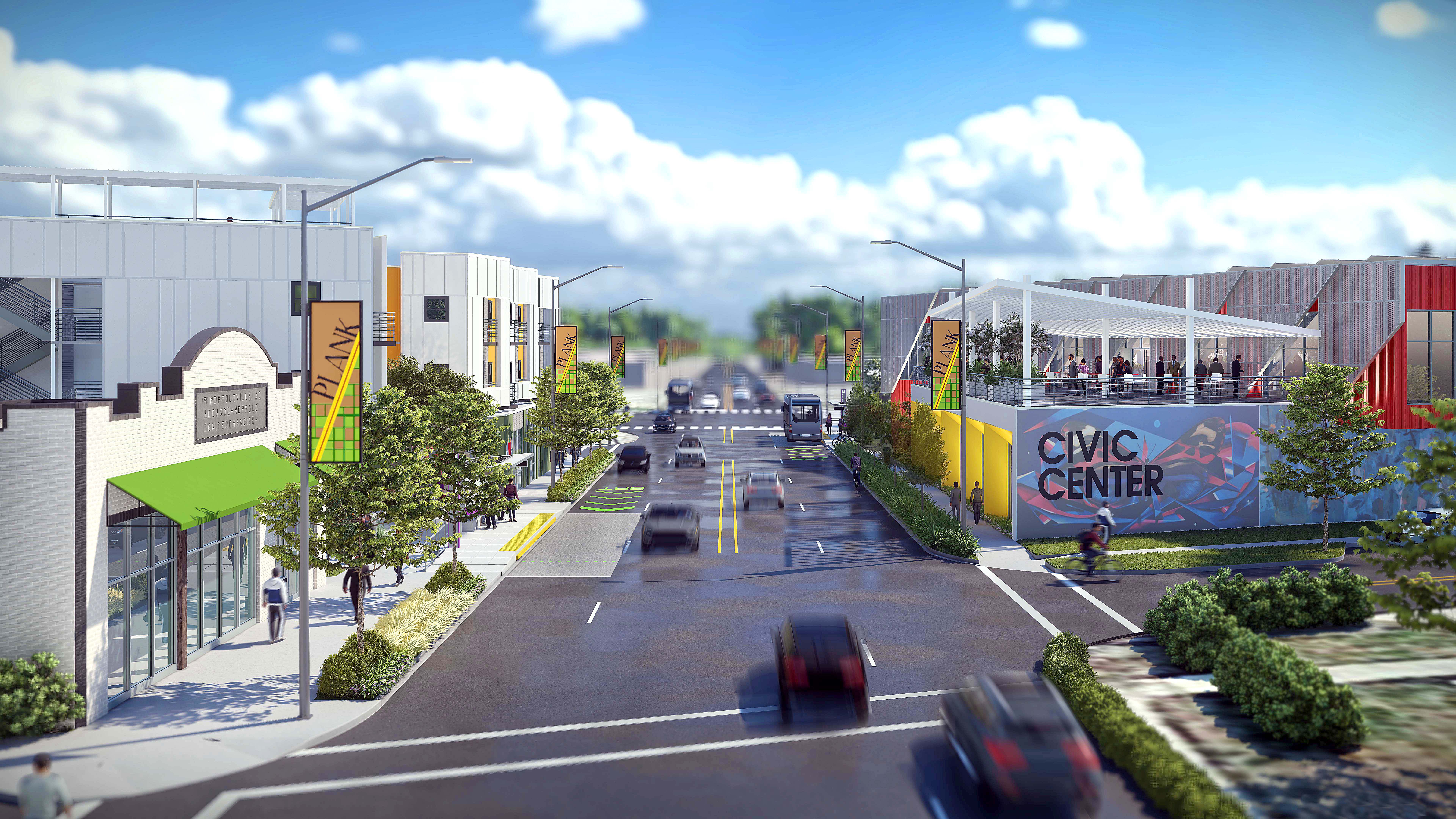 IT TAKES A VILLAGE

Plank Road wasn’t always an eyesore. Before the ’80s, it was a developing commercial corridor with notable destinations like the Delmont Village Shopping Center and historic Regina Theatre. In 1972, Tony Pizzolato opened Tony’s Seafood Market in an abandoned service station and put that block on the map.

“Plank Road has been around for generations,” Broome says. “It’s a part of the fabric of the Baton Rouge community.”

But the story doesn’t end there. Build Baton Rouge believes Plank Road can return to being the hub it once was—and this time even better.

During a year-long planning process, organizers canvassed the Plank Road corridor (between 22nd Street and the Harding Boulevard-Hooper Road intersection) to assess the needs of the community. They received input from residents and businesses through surveys, events and an ambassador team. Some of the events included a trolley tour in early 2019 called “Walk the Plank,” a food truck roundup featuring local vendors, and a street festival held in conjunction with The Walls Project.

“We want to make sure that the people who live and do business there are pleased with the outcome, feel that they’ve been heard and that they do indeed belong,” Tyson says.

With the help of federal grants, organizers hired Asakura Robinson, a New Orleans planning firm that served as the lead on the master plan.

To eliminate blight, Build Baton Rouge has been acquiring vacant properties to add to its land bank in an effort to secure potential sites for development. The properties they purchase will be used for redevelopment or made available to community partners who apply through the organization’s website.

In November 2019, Baton Rouge was awarded a $15 million U.S. Department of Transportation grant to implement Louisiana’s first bus rapid transit system, which ensures any development along Plank Road has a transit-friendly focus in mind.

Bus rapid transit is a fast, cost-effective bus service with frequent stops and reliable service and amenities. The system will bring specialized vehicles, well-lit stations and raised boarding platforms to the corridor.

While the project has already made some strides, redevelopment of Plank Road is still in the beginning stages.

Throughout 2020, most of the work will be happening behind the scenes. The development team is entering its design phase for the future pocket park, mixed-use spaces along the corridor and logistics of the bus rapid transit system.

Nevertheless, it’s the beginning of a new chapter for Plank Road, and the future looks promising.

“There’s not a square inch of Baton Rouge that is disposable,” Tyson says. “Every part of this community deserves the best of our resources, planning, creativity and dedication.” buildbatonrouge.org

1. Strengthen Plank Road’s role as a place for black art and culture.