Typing intently on her laptop at Magpie Cafe, Lindsey Duga looks like any other young professional getting an early morning start. But what she’s up to isn’t sending emails or prepping for meetings. She’s working on her next novel.

By day, Duga is the director of accounts at the web development firm Gatorworks. But after hours (and before), she’s a successful fiction writer with five published young adult novels—and more in the pipeline.

“I started writing in seventh or eighth grade, with a friend, actually, and it was more like collaborative storytelling,” Duga says. “We went to see a movie one day, Pirates of the Caribbean, and we were just super in love with the world we saw. (We) decided to get together and create our own characters.”

Duga found inspiration in the fantasy adventure books and films she enthusiastically consumed throughout her youth, including Rick Riordan’s Percy Jackson series, the Star Wars movies, anime and Studio Ghibli productions, and her childhood favorite, the manga series Sailor Moon. Greek mythology, fairy tales and fables also intrigued her. So did the constellations. Everywhere, she saw new worlds eager to be built and new characters waiting to be formed. 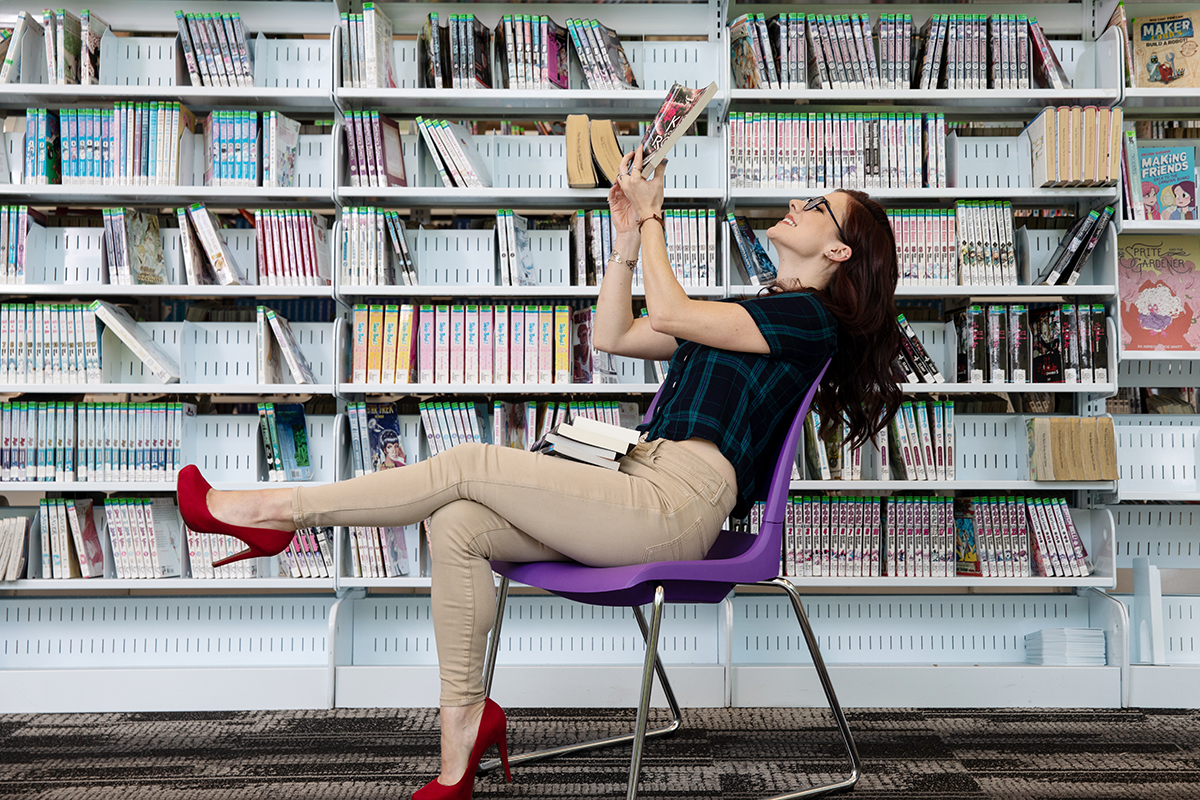 For years, writing was a private pursuit. But after college, Duga knew that if her work was ever going to be on bookshelves, she’d have to decipher the publishing business. She learned to query literary agents. She went to writers’ conferences and built relationships. She recruited writing partners to critique her work. Duga’s diligence paid off in 2016 when the publisher Entangled Teen discovered her manuscript for an adventure romance called Kiss of the Royal. 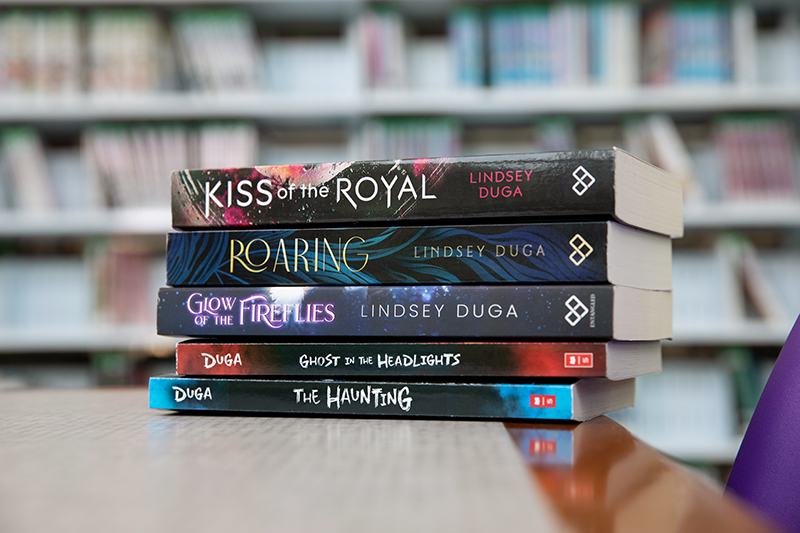 Duga had entered a rapid-fire Twitter contest in which writers pitched their ideas in 180 characters or less, the platform’s limit at the time. Entangled Teen liked her pitch, which reinterpreted the notion of true love’s kiss on a battlefield backdrop. Within a few months, she had her first book deal, and Kiss of the Royal was published two years later in 2018.

Two more young adult fantasy novels quickly followed, Glow of the Fireflies, about a girl who must rescue her missing mother from evil spirits dwelling in nature, and Roaring, a mobsters-meet-monsters story set in the 1920s. Another deal with the publisher Scholastic led to two more books, both middle grade horror novels, The Haunting and Ghost in the Headlights. A third Scholastic novel is due out in spring 2022, an interactive “escape room” story that allows readers to use a UV pen to solve mind-bending puzzles.

The ideas continue to flow for this self-described nerd and lover of escapist fantasy.

“I guess at heart, I still feel very much like a kid in that sense,” Duga says. “I love anything with a very intricate world and magic system where it takes you out of reality.” lindseyduga.com

What to do in Baton Rouge this week: Wreath making, kayaking and short films