Five dollars, a T-shirt and some free Miller Lite.

It’s probably not the way most would have envisioned the owner of the now iconic Varsity Sports shop beginning her foray into the age-old pastime.

Then 25 and an LSU grad student, Peters wasn’t really much of a runner. But a friend invited her to a Fun Run on College Drive—not far from her old stomping grounds of the former Lee High School—and told her she could get a shirt and some beer for just $5 if she tagged along.

And as Peters put it, “that’s what started the rest of my life.”

“To tell you the truth, (running) really wasn’t a cool thing back then,” Peters recalls. “(Now) Baton Rouge is really kind of a hub of particularly high school running, with the girls and guys you see at the state championships. That definitely wasn’t the case when I started running.”

Flash forward a few years later, and Peters would go on to qualify for the U.S. Olympic trials four different times, ran competitively on both the Nike Racing team and U.S. Track and Field team, and was at one point in 1988 ranked in the top 20 in the world by Track and Field News.

But as successful as she was, the competitive runner life just wasn’t quite for her. While she would occasionally get sponsored to participate in a race or paid for winning one, it was never a full-time income.

“It was hard. I didn’t even really enjoy it that much,” Peters says. “Every run wasn’t the joy of running. It was, ‘Can I pay my car note or my mortgage?’ It was never huge money. Professional running really is not for me. I still (wanted) to be competitive and go out there and run the circuit and win some money; I just don’t want it to be my only income.” 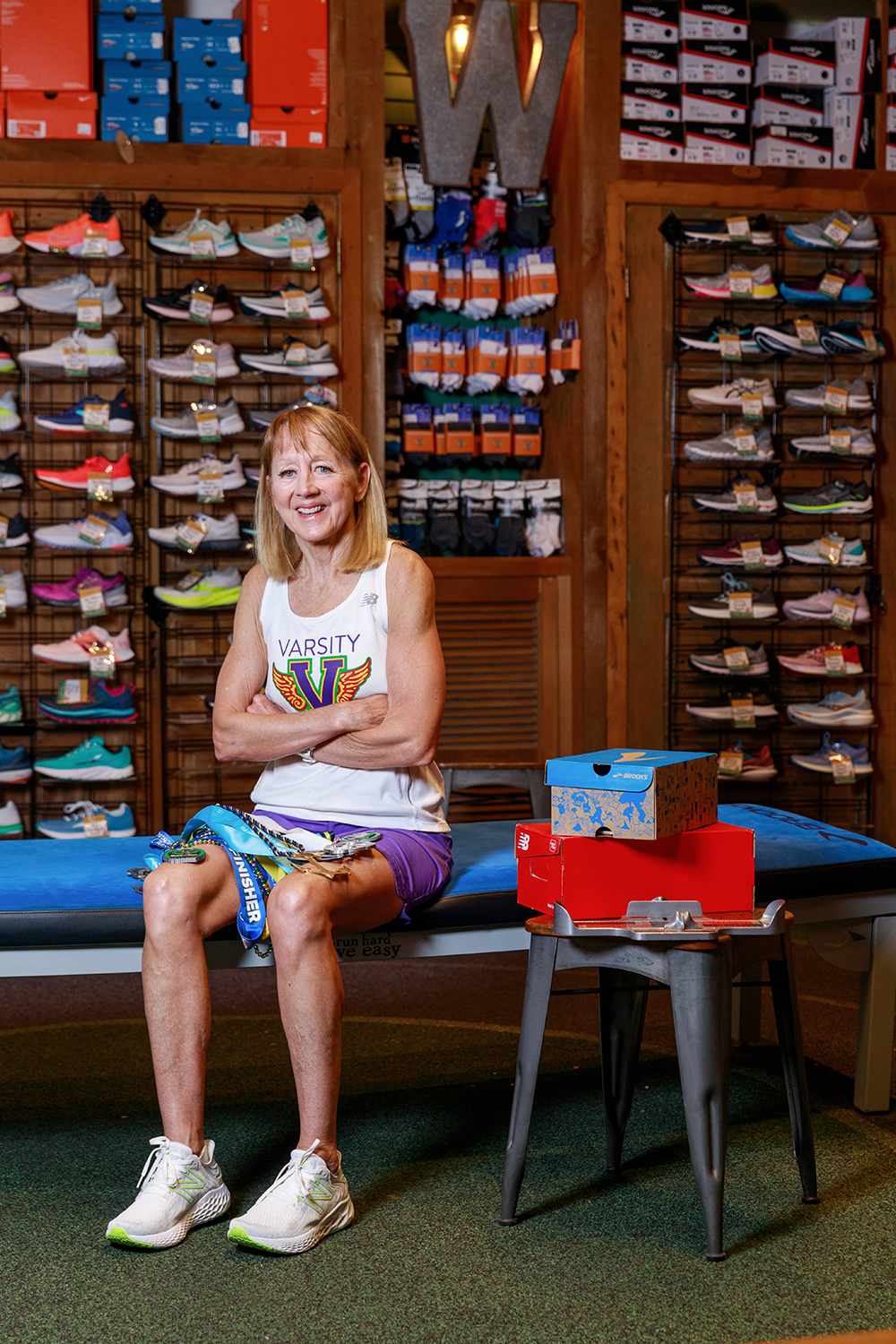 So in 2000, while she was still teaching part time at LSU, Peters decided to open a small running shop in a quaint house right off Perkins Road near the Garden District.

Just as her entry into the sport was casual, approachable and easygoing, Peters wanted to provide a space that offered that same mindset to others looking for a laid-back introduction into the world of running.

Varsity Sports’ arrival in Baton Rouge has helped build a new running culture throughout the city. The shop hosts multiple runs every week and oftentimes hosts themed events for some added fun.

The store also became a place many locals turned to during the past year’s phased shutdowns, as personal health became even more important.

“We had our doors shut and we’re doing curbside delivery—what we called ‘ShoeUber’—and just trying to keep the lights on,” Peters says. “Since then, we can’t even figure it out. It’s been (busy) at all of our stores and all of our markets. People got out during COVID and realized that they enjoyed walking and they needed to stay healthy and liked being in the neighborhoods. It’s been fabulous.”

Twenty-one years, four stores and countless pairs of shoes later, and that same helpful, approachable mentality still holds true when you walk through the doors of Peters’ shops.

“We still are fairly casual,” Peters says. “We’re not hard selling. We don’t have our staff upsell inserts or have quotas. We’re there to help people, and I think that helps. No one wants to be sold. They want help in buying. (That) casual philosophy throughout time—from the very beginning all the way through now—maybe it’s really worked out for us.”