As a child, JaCoby Stevens would go outside and toss a football with himself.

But instead of seeing the front yard of his family home in Murfreesboro, Tennessee, he saw the Saturday night lights of Tiger Stadium and the roar of 100,000 people as he led his team to victory.

Fast forward years later, and Stevens has not only achieved his dream of playing for LSU, he’s helped lead the Tigers to a national championship.

Now he’s expected to be the next Tiger to wear the coveted No. 18 jersey, which is given to players who prove to Tiger Nation they are not only an explosive key player but also a strong leader and stand-up person.

I just want to (leave my mark) at a place like this—a place that I’ve always dreamt of playing.”

Although Stevens was born in the SEC East, he always knew he’d suit up in purple and gold on Saturdays. He chose LSU over other notable SEC schools, including Alabama, Georgia, Tennessee and Auburn.

Following the 2020 College Football Playoff National Championship victory, the Tigers shared a day of celebration with fans during a parade around the LSU campus and a reception at Pete Maravich Assembly Center. Many LSU players, former greats and team leaders addressed the crowd, including former star tailback Jacob Hester, who played at LSU from 2004 to 2007.

Hester was the player who gave No. 18 the meaning it has today as a number that a player wears if he shows quality on and off the field. Hester has since maintained a role in the LSU football program and returns regularly.

“He’s like an older brother to everybody around here,” says Jordan Edge, an LSU football equipment manager. 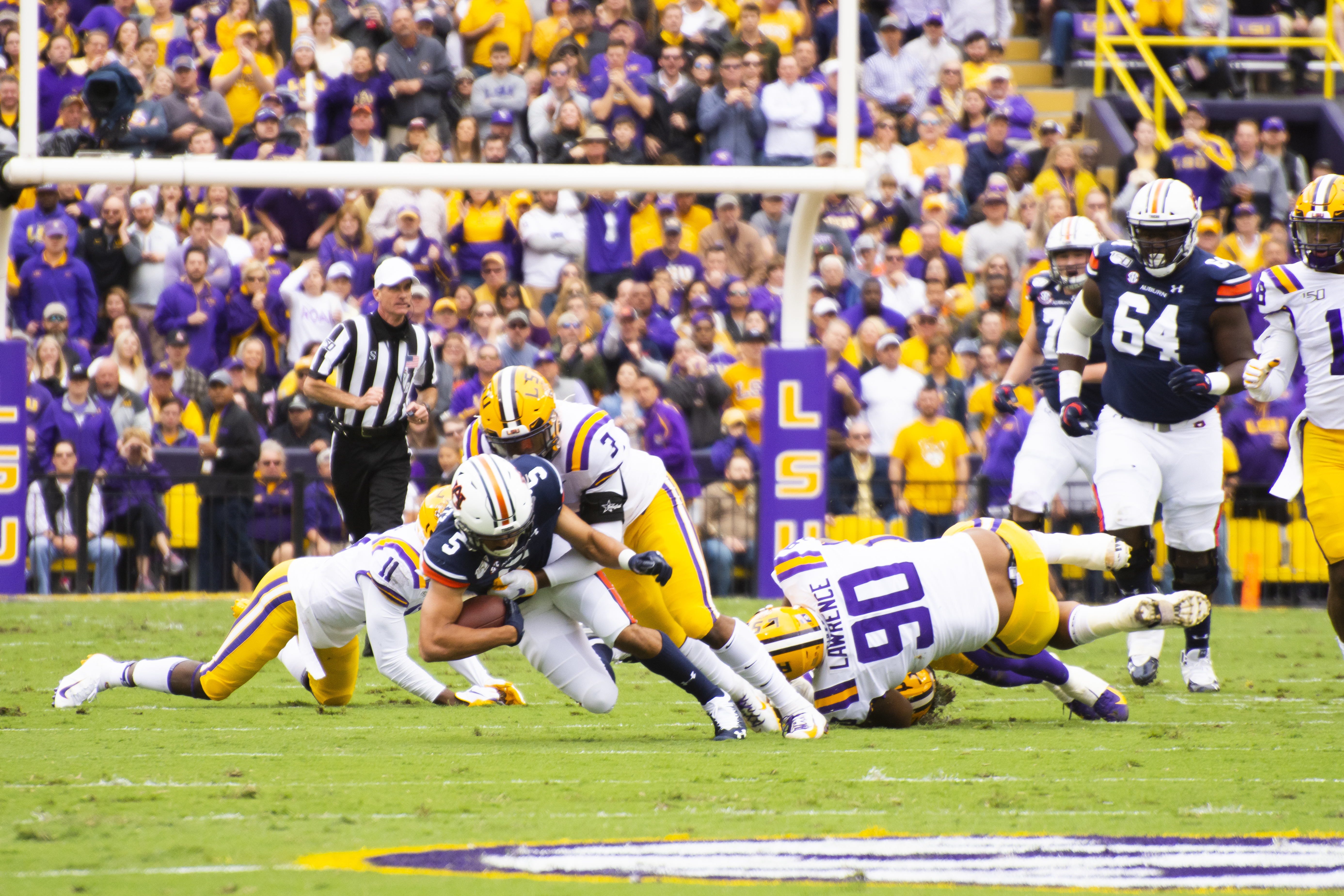 Hester addressed multiple players in his speech, including Stevens. To his disbelief, Hester then turned to Coach O and noted that Stevens “would look pretty good in 18.”

It’s early July during our interview, and Stevens notes he has not been given the number yet, which is usually announced in the fall. But he intends on fitting the bill, whether he gets it or not.

“I just carry myself like I am the No. 18, because it’s an honor for someone like Jacob Hester just to say,” Stevens says. “I take it upon myself to not prove him wrong.”

“I just want to do it at a place like this—a place that I’ve always dreamt of playing,” Stevens says. “Basically, I just want to build on the foundation that I laid.”