While the pandemic downtime had us all diving into books and tackling that personal collection gathering dust on the shelf, it created a different situation for small bookstores.

John Cavalier of Cavalier House Books says he had to alter the frequency of book orders for the downtown Denham Springs shop he runs with his wife, Michelle. Through the shutdown and the socially distant days that followed, customer visits dropped, and the bookstore decreased the amount of titles it ordered to fill its shelves.

“On a normal day, getting the right book to the right reader is what I live for,” Michelle said in a blog post at the height of the pandemic.

And so, much like other businesses did, Cavalier House pivoted to digital, hosting virtual book clubs and author talks, and providing online ordering and shipping for local avid readers.

Today, John and Michelle are once again hoping for a better fall.

“A big question mark on our minds now is events for the fall,” John says, such as in-person author visits and much bigger events like the Louisiana Book Festival. Coincidentally, the bookstore was set to be an official vendor for the festival in 2020 before COVID-19 scrapped those plans. John says their fingers are crossed that the festival can return in some form this fall.

And now that restrictions are loosening, the lure of a local bookstore and its irreplicable and inviting atmosphere might have us all browsing the shelves again soon.

In the meantime, we asked the Cavalier House family to offer up some ideas for good reads this summer that celebrate Louisiana and the South. Read on for their picks, as well as more suggestions from the 225 family. cavalierhousebooks.com 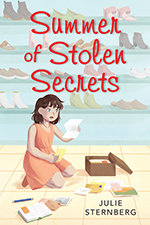 Native New Yorker Catarina is spending the summer in Baton Rouge with a grandmother she’s never met. Nothing is going according to plan as these two worlds collide, until Cat finds a secret room full of family history and begins to learn the truth of her grandmother’s legacy. An absolutely pivotal read for local families, especially when paired with We Were Merchants by Julie’s father, Hans Sternberg. (Comes out in May) 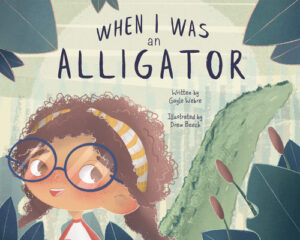 When I Was an Alligator

By Gayle Webre and Drew Beech

A gorgeous book and fun to read aloud with the kids. It’s about a curious Cajun girl transforming into a series of wetland creatures. Imagination and ecology in a brilliant package! (Released in October 2020) 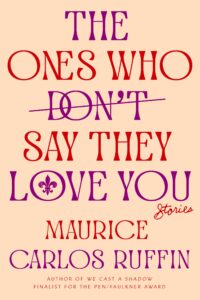 The Ones Who Don’t Say They Love You: Stories

Short stories from a native New Orleanian that offer the full breadth of the culture of the Crescent City. (Comes out in August) 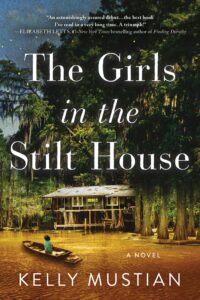 The Girls in the Stilt House

Lovers of Where the Crawdads Sing, we have your next read! A novel of friendship and isolation in 1920s Mississippi deep in the swamp off the Natchez Trace. (Paperback released in April) 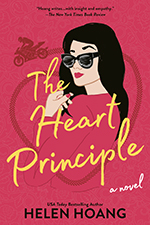 Hoang’s The Kiss Quotient is the book that turned me into a romance reader, and I cannot wait to read The Heart Principle this summer! A steamy romance about becoming the person you were meant to be beyond others’ expectations of you. (Comes out in August) 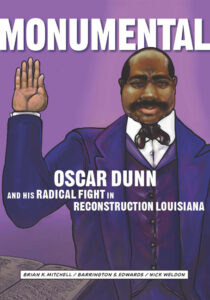 Monumental: Oscar Dunn and His Radical Fight in Reconstruction Louisiana

A graphic novel that shares the story of Oscar Dunn, America’s first Black lieutenant governor and acting governor. Largely overlooked, Dunn’s story is told in a nuanced way in a format that makes it accessible to all. (Released in January) 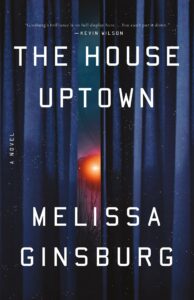 “I’m on the library’s waitlist for this mystery set in New Orleans. After losing her parents, a 14-year-old is sent to Louisiana to live with her artist grandmother. She quickly realizes her grandma might be suffering from dementia—and that her family has more dark secrets than she realized. I’m eager to see how the story unravels and how the Crescent City itself is characterized.” (Released in March) 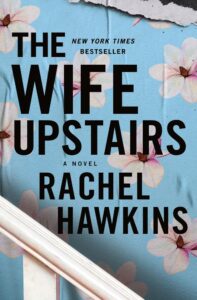 “What happens when you take a classic like Jane Eyre and move it from the moors of 19th-century northern England to a wealthy neighborhood in modern-day Birmingham, Alabama? That’s what I intend to find out this summer, because I have this book at the top of my reading list. Let’s just say little Jane is not all we are expecting her to be!” (Released in January) 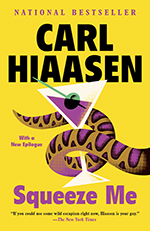 “The always irreverent Carl Hiassen is one of my favorite beach read authors, and I can’t wait to break into the paperback version of Squeeze Me, his latest wacky south Florida tale, complete with Burmese pythons, a gone-
missing socialite and the president of the United States.” (Paperback comes out in May) 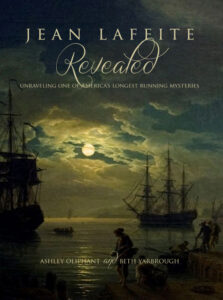 By Ashley Oliphant and Beth Yarbrough

“I’m a sucker for deep dives into history that peel away the layers of legend and rumors. For anyone who has ever heard the stories of this famed pirate’s exploits in New Orleans or the claims of pirate ancestry among residents of Grand Isle, this is sure to offer new insights into a historical figure who always seemed so close to our local hearts yet still shrouded in mystery.” (Released in March)

A pandemic-induced closet purge has blanketed local thrift stores. What happens to all those donations?