Cute kids may corner the market at trick-or-treating. But, when it comes to tricks and treating, our canine companions are leaders of the pack. Whether you’re rewarding an awesome high-five, sit-stay for an Insta shoot in a silly costume or simply giving in to those imploring puppy-dog eyes, you can depend on local businesses that make their own canine creations.

Gourmet Girls bakes its own organic peanut butter cookies in the shape of cats, hearts and seasonal icons. The cookies run $5 for a bag of three.

“[We make our own treats because] we’re dog people, and people have requested them,” says Kathy Mangham, who owns both the shop and an Australian mini-labradoodle.

Sales are so brisk, Gourmet Girls plans to expand with dog fortune cookies and other treats.

It’s just the thing for this treat-loaded season—and all year long. gourmetgirlsbr.com

MORE GOODIES FOR YOUR GOOD BOY

When customers roll up to the Cool Tiger Ice Snoballs drive-thru with their tongues wagging, they get served first. The furry ones do, anyway. They’re rewarded with a puppy snoball: shaved ice, beef broth and a little blue syrup topped off by a dog biscuit. “The dogs know as soon as the car pulls in the driveway,” says owner Debbie Nelson. “They’re up against the car window before it’s rolled down.” Free with purchase. Find it on Facebook

At Smallcakes Cupcakery & Creamery, owner Michelle Salim keeps six-dozen homemade Zoe’s pupcakes in her bakery case. Inspired by Salim’s Rhodesian ridgeback, the best-selling carrot cakes are frosted with peanut butter cream cheese and topped with a dog biscuit. “Fur babies are part of the family, so we create something special for them,” Salim says. $1.25 per piece or $5 per four-pack; Find it on Facebook

La Divina Italian Café crafts a heart-shaped puppy gelato from peanut butter, yogurt, bananas and honey and a puppy-safe sweet cream panna cotta. However, the café’s commitment goes well beyond frosty paws. “We always have a water bowl by the door, fresh treats and even fundraisers [such as Tails from the Bayou on National Dog Day] for families who love their pets,” says longtime barista Cara Long. $3 each; Find it on Facebook 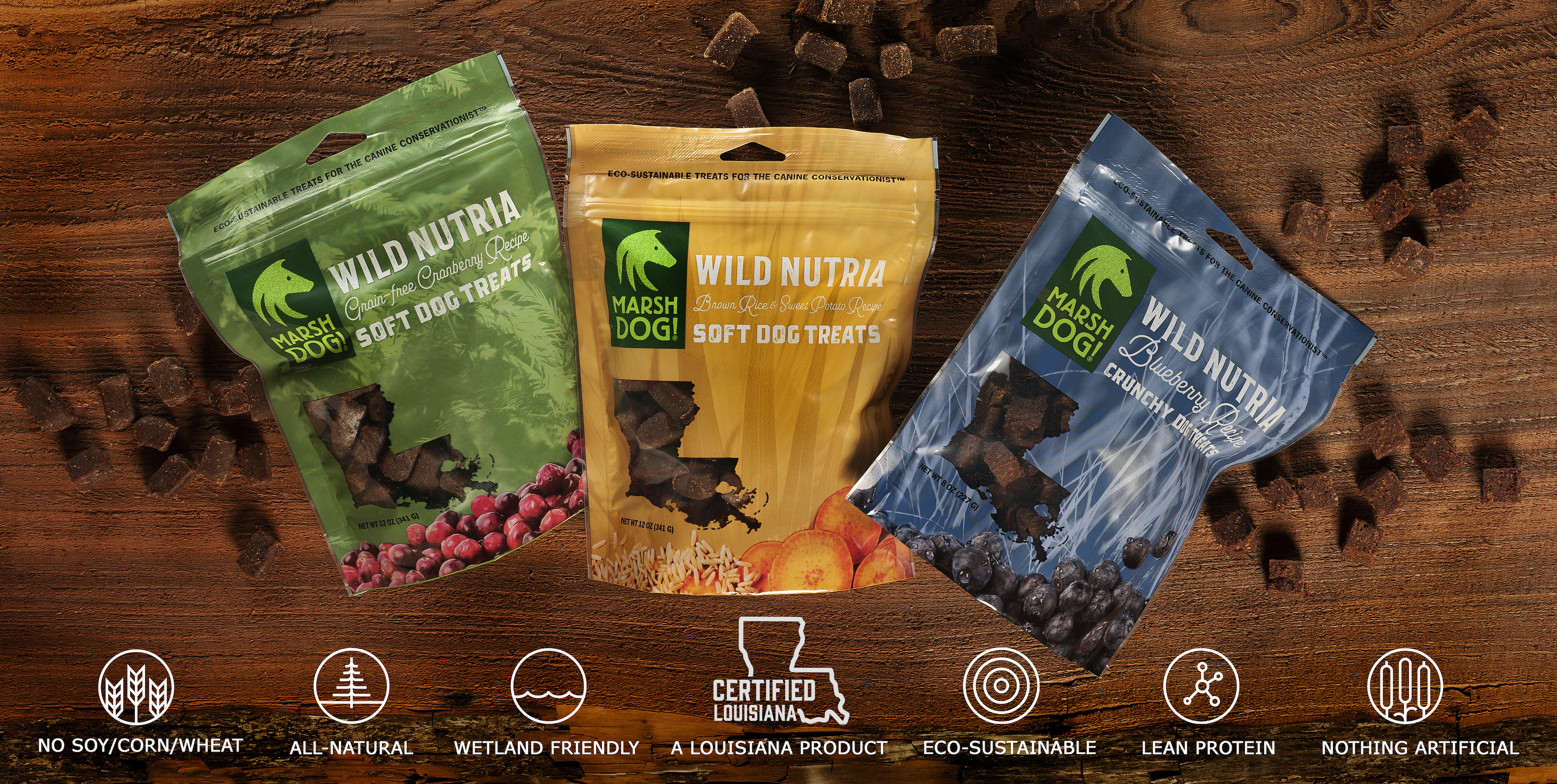 Since receiving a 2010 grant from the Barataria-Terrebonne National Estuary Program, Marsh Dog has developed treats that are good for dogs and the Louisiana coast. Nutria are partially responsible for the destruction of the state’s wetlands. So creating a healthy product for dogs that uses the nutria meat felt like a win-win for Baton Rougeans Veni and Hansel Harlan. Marsh Dog recently added three new varieties available at stores such as Neighborhood Pet Market, Bowie Outfitters and the Bluebonnet Swamp. $10 per bag; marshdog.com

It’s almost March. Will LSU be a part of the Madness?