Phil Schauer was one of those kids who always wanted to be a doctor. But even though he was the over- achiever among six siblings in his northern Virginia family, no one back then predicted he’d one day become one of the most famous bariatric surgeons in the world.

Schauer was not only driven, but naturally gifted. He’s also a bit of a visionary. After completing a prestigious laparoscopic surgery fellowship at Duke University in the ’90s, Schauer saw an opportunity to apply a then- new minimally invasive technique for gastric bypass surgery. The surgery itself was just gaining popularity as a way to reduce weight loss among the severely obese.

Nearly 25 years later, Schauer has done more than 8,000 gastric procedures, tackling some of the most challenging cases in the world. Along the way, he has worked with researchers studying the procedure and the role it plays in reversing type 2 diabetes. His career has taken him from Duke to the University of Pittsburgh to, most recently, the famed Cleveland Clinic, where he built and directed its renowned bariatric and metabolic institute.

Now, Schauer is bringing his expertise to Pennington Biomedical Research Center—along with 50 researchers who work under him and are bringing their millions of dollars in federal grant money to Baton Rouge.

Schauer sees the move as the chance of a lifetime to create a center that not only has the top scientists studying diabetes and obesity but the best surgeons, who will perform an expected 1,000 procedures annually at Our Lady of the Lake Regional Medical Center.

Though Baton Rouge is a big change from Cleveland, Schauer says everyone he’s met has been warm and welcoming—and his wife of nearly 30 years, Patsy, with whom he’s raised four now-grown children, is happy to be returning to the South.

“She grew up in south Texas,” Schauer says. “I’ve been promising I’d get her back down here before I retired, so she’s thrilled.” pbrc.edu 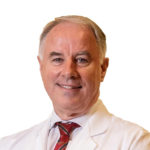 Pennington Biomedical Research Center’s executive director is a rock-star researcher in his own right. Like Schauer, he also came to Baton Rouge from the Cleveland Clinic. He was instrumental in helping secure the deal to create the planned bariatric surgery center and recruiting Schauer to lead it. The Ireland native has specialized in metabolic research and is working on a cure for type 2 diabetes. 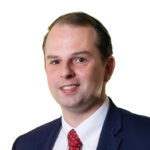 With its newest additions, including Our Lady of the Lake Children’s Hospital and the Ochsner Medical Complex at High Grove, the Baton Rouge Health District is building a stronger identity than ever. Ceulemans took on the role of executive director last August. The Belgium native and Tulane grad brings a background in biotechnology and economic development and most recently oversaw laboratory services for the North Oaks Health System in Hammond.