What they do: Scott, 28, is a freelance writer and dancer, and Jackson, 35, is a wedding photographer and the owner of Acroma Studio.

How they met and got engaged: When Shagari Jackson invited his then-girlfriend Jacie Scott to his photo studio soft opening, Scott never suspected Jackson would be popping the question. The two were friends for eight years before they started dating. They both attended LSU, and when their best friends got married, Scott and Jackson grew closer than ever.

“We fell for each other really quickly,” Jackson says. It was an August evening when Jackson and Scott’s closest friends and family flooded into the Acroma Studio at Electric Depot for the big surprise. Scott thought she’d be greeting the guests at her boyfriend’s soft opening. Little did she know Jackson had something else planned. Scott turned to someone to ask if Jackson planned on doing a thank you speech. That was when Jackson got on one knee asking her to marry him. Her face lit up and she burst out laughing before warmly embracing him and giving him the answer he dreamt of: “Yes.” 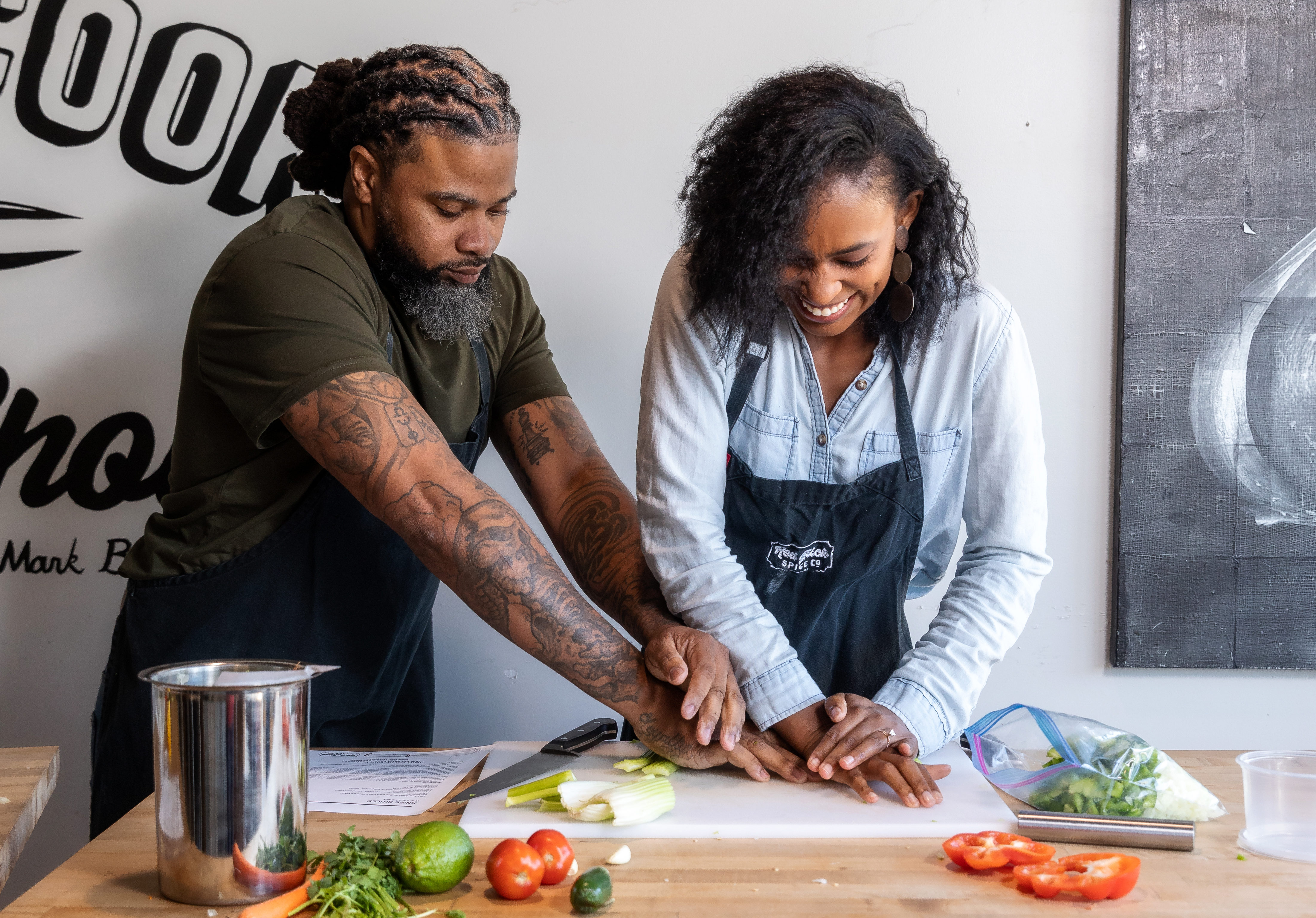 How they make time for each other: The couple is in full wedding planning mode but still prioritizes quality time. “You don’t quit dating once you’re together; you should still date. You want to keep that spark, keep it fresh and switch things up. You don’t want to stop showing each other that you care,” Jackson says. Scott adds, “Date nights help us to reset with each other and be together without the stresses of work and life. It’s just us together, hearing how each other’s day is and checking on how we’re doing.”

Their favorite date night activities: Their ideal date nights typically include Jackson cooking smothered okra or gumbo at home and sharing a bottle of wine. Since they’re both creatives, they enjoy artsy or out-of-the-box activities like painting, cooking classes (such as the knife skills class at Red Stick Spice Co., pictured here) or scavenger hunts. “Baton Rouge gets a bad rap. It’s continuously growing, and there’s a lot of hidden gems. When we do date night, it’s kind of like we have several dates in one,” Jackson says. Scott adds, “We like cooking dinner or going out and talking to each other without work being involved or being on our phones. Then we’ll go do something cool, like go to an art gallery or Painting with a Twist.”

This article was originally published as part of our Date Night cover story in the February 2020 issue of 225 Magazine. Click here to read more article from the cover package.

Get notifications about Baton Rouge food, entertainment and community with the new 225 Magazine app