What they do: Garrett, 34, is the owner of Garrett Neal Studio and Michelle, 38, is the salon manager.

How they met: It was love at first sight when Garrett first laid eyes on Michelle at the Paul Mitchell Institute. He was in a class when he noticed Michelle getting her hair done by her friend Sarah, one of Garrett’s classmates. They later bumped into each other at an LSU game and then again on Halloween. Eventually, Garrett mustered up the courage to ask Michelle out for a drink at Tigerland. They’ve been inseparable ever since. 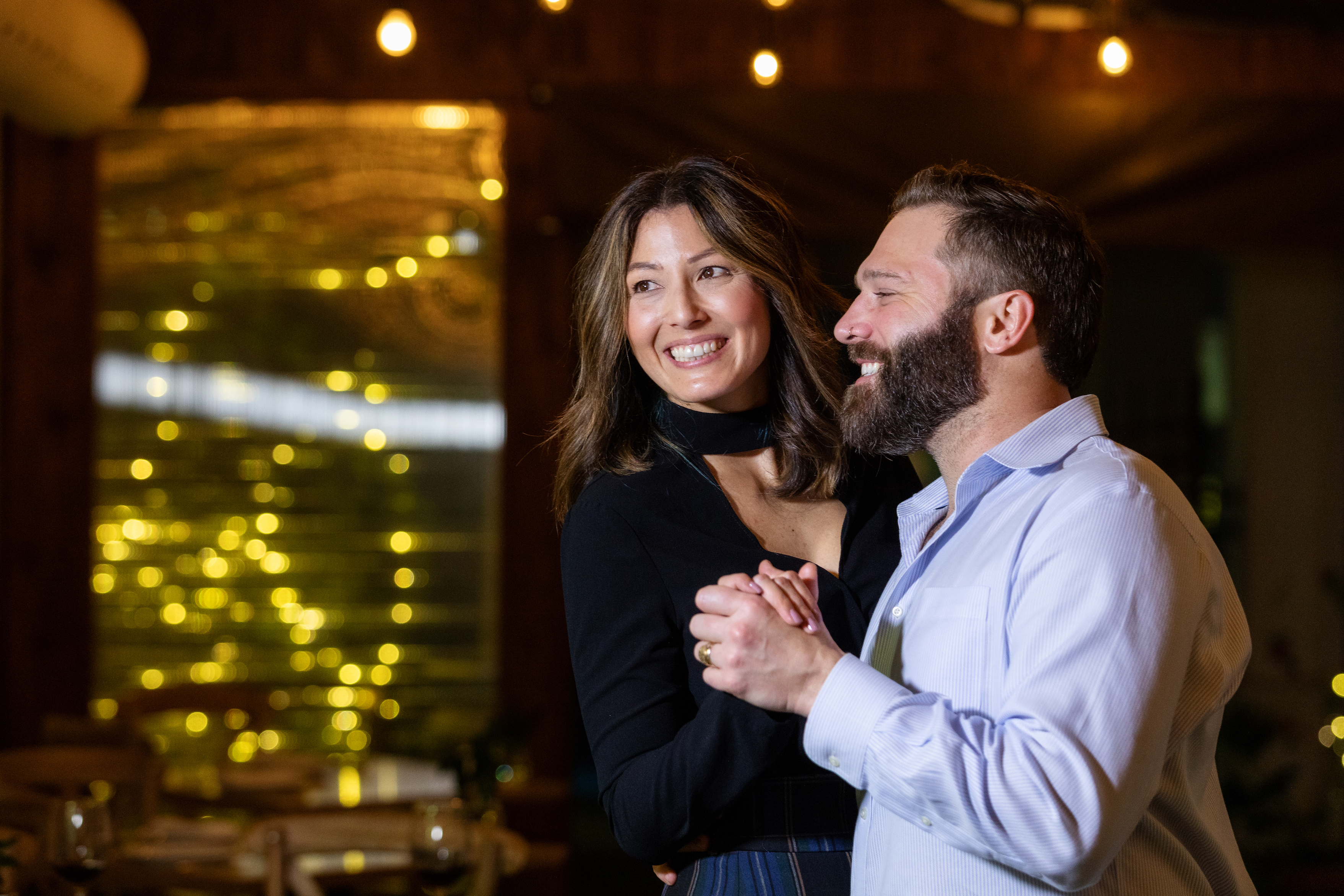 How they make time for each other: “We do date nights every week on Wednesdays. We found that if you just say, ‘Oh, we should go on more dates,’ it doesn’t happen. And if you say once a month, that’s not really a lot of time to commit to the most important relationship. So we chose a specific day, that way there’s no surprises. We always know it’s happening so we can make our plans around date night. We have some rules, like no cellphones and limited work talk, just so we can be more present,” Michelle says.

Their favorite date night spot: “Zorba’s Greek Bistro. We like to sit at the bar, get wine and share a bunch of dishes. When the weather is nice, it’s nice to sit outside on the patio. I think they definitely have created an environment where you can feel like you’re doing something special, but it doesn’t have to feel stuffy. I don’t know if I’ve ever had a bad meal at Zorba’s. Everything’s so fresh,” Michelle says. Garrett adds, “It’s my aunt and uncle’s restaurant, so being that we’re so tight-knit with family, going there and being greeted by my aunt and uncle is great. It kind of feels like home. It’s like living back in Greece. Everybody takes care of you.”

This article was originally published as part of our Date Night cover story in the February 2020 issue of 225 Magazine. Click here to read more article from the cover package.

In need of a creative activity break? Check out how Baton Rouge arts organizations are reaching out virtually

Write on: Our home