LSU football hype videos are breathtaking. The videos combine elements like game footage, music and voice-overs in a powerful, atmospheric mix of heart-pounding anticipation that undoubtedly leaves thousands of viewers wanting to run through brick walls and onto the field. Last season, it was fitting that for a historic national championship-winning, unforgettable team—LSU’s best ever—the hype videos also gained national attention. LSU was called the “undisputed national champion of hype videos” by Sports Illustrated. Bleacher Report tweeted that one of the videos was “legit a movie,” and other outlets referred to videos as “jaw dropping” and “an absolute banger.” We spoke with a couple people who work behind the scenes on those visuals about how the hype comes together. And if you want to see the videos for yourself, head to the LSUsports YouTube channel.

Editor’s note: Interviews have been edited for clarity and brevity.

What is the art of the hype video?

LSU coordinator of digital and creative content Matt Tornquist: Our footage library is insane. As far as football games, that’s probably six to eight cameras per game. All of us come in on Sunday and go through all of that footage, labeling it all. It’s a lot of work, but it’s what really allows us to create the content we’re able to create. You’re able to capture people’s attention and tell the struggle of going through the first 14 games, and then you get the payoff at the end of winning the national championship.

What do you lean on as a storyteller, and what makes a great hype video?

Tornquist: I really lean on a lot of sound bites—leaning on the team and the mood of the locker room to address our audience. The top aspects of a hype video: I think the music is a lot of it. The music can completely change the tone of any video. It’s a big driving factor. 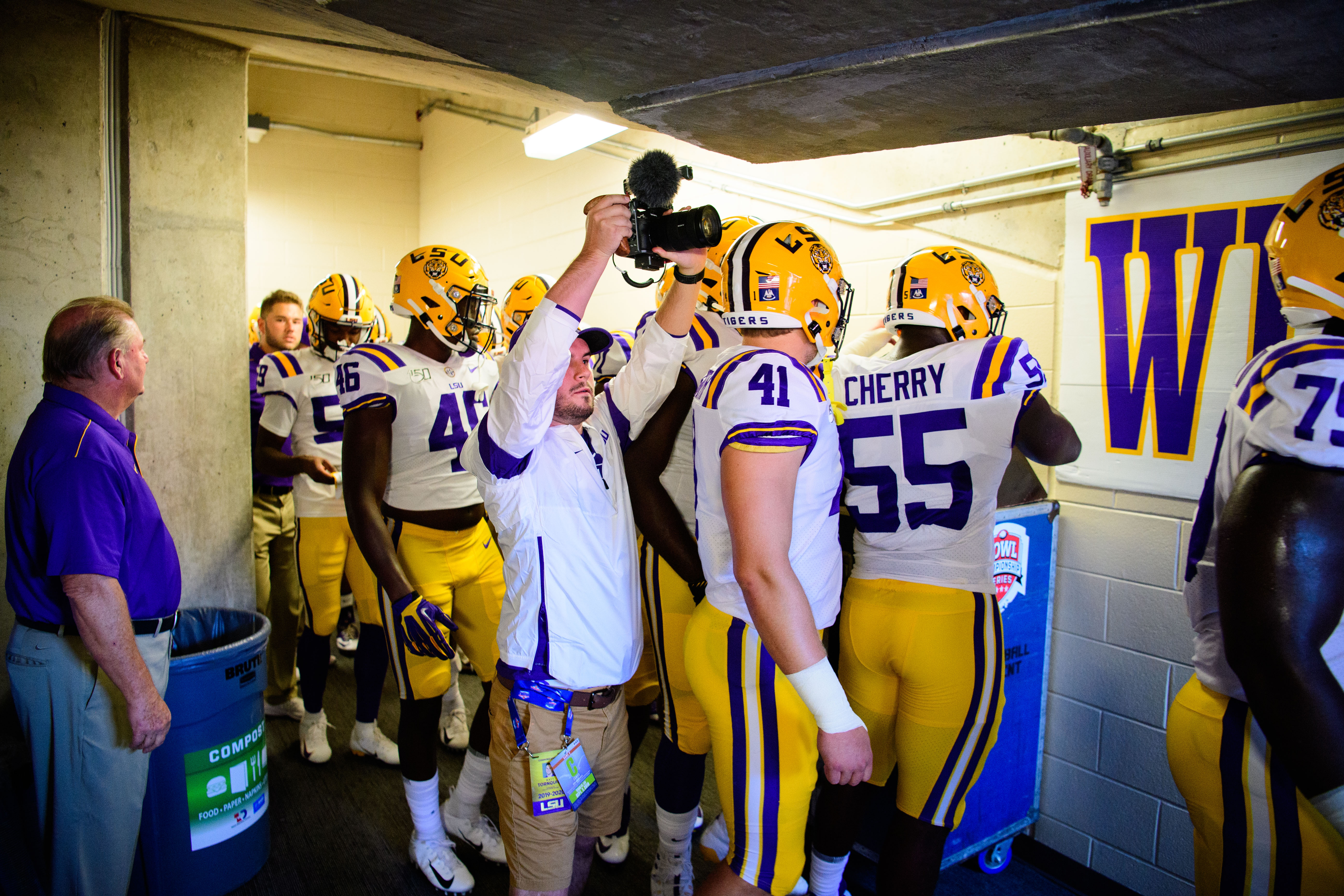 How do you help the hype videos come together?

LSU special assistant to the head coach Derek Ponamsky: It’s a collaborative process. Every Tuesday morning, we have a full staff meeting and talk about different ideas. You can’t come up with an idea to get Tim McGraw on Tuesday morning and have that be executed by the time you release it on Thursday, so everything was done a few weeks ahead. We wanted to make sure that every Thursday afternoon when those hype videos hit the streets, that was something that would represent the best team in the country. 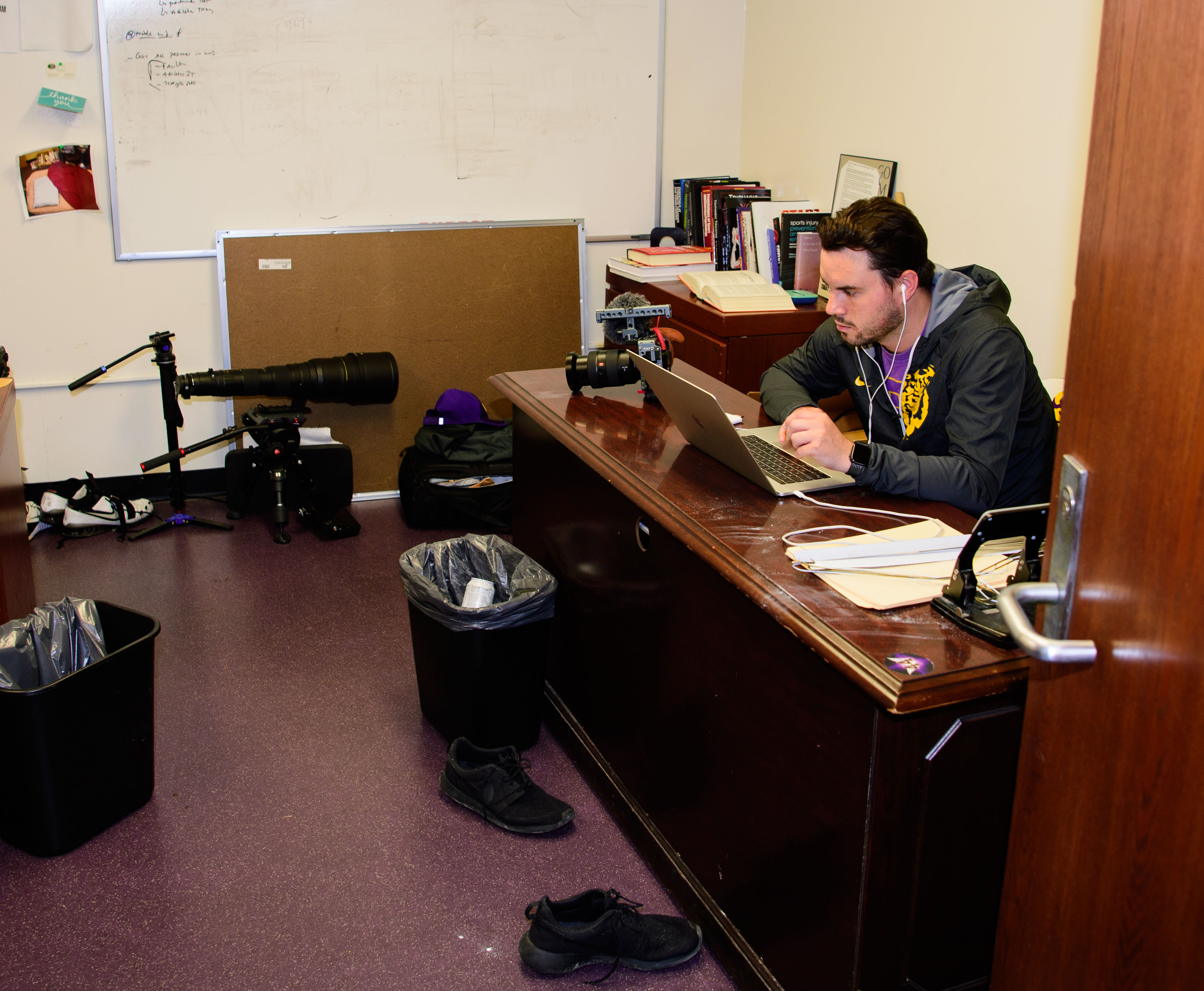 And the same thing with having JaMarcus Russell be involved, that connection is there.

Ponamsky: That one was a little personal for me. I’ve known JaMarcus—I was friends with his Uncle Ray. When he was at LSU, he did everything he possibly could. I wanted to make sure that we got JaMarcus involved in something that highlighted what he was able to do; he’s the only other person, other than Joe Burrow, who we could get who can talk about being the first pick in the draft [in 2007] and being an LSU Tiger doing that. When he was wearing purple and gold, he was about as good as it came.

How are you planning for the fall, especially with the added layer of the pandemic?

Tornquist: I unfortunately don’t have any answers on what we’re doing for the pandemic yet, which is terrifying. It also gives us the opportunity to have that much more focus on our social media accounts. Our strategy last season all started years before and just elevated into this perfect mesh of an incredible team matched with a couple seasons of experience and having talent, both on the field and on our end. I think that also it’s something we’re going to continue. We still have room to get better, there’s a lot of room for growth and new ideas.

SOME OTHER MEMBERS OF LSU’S VIDEO CREW: 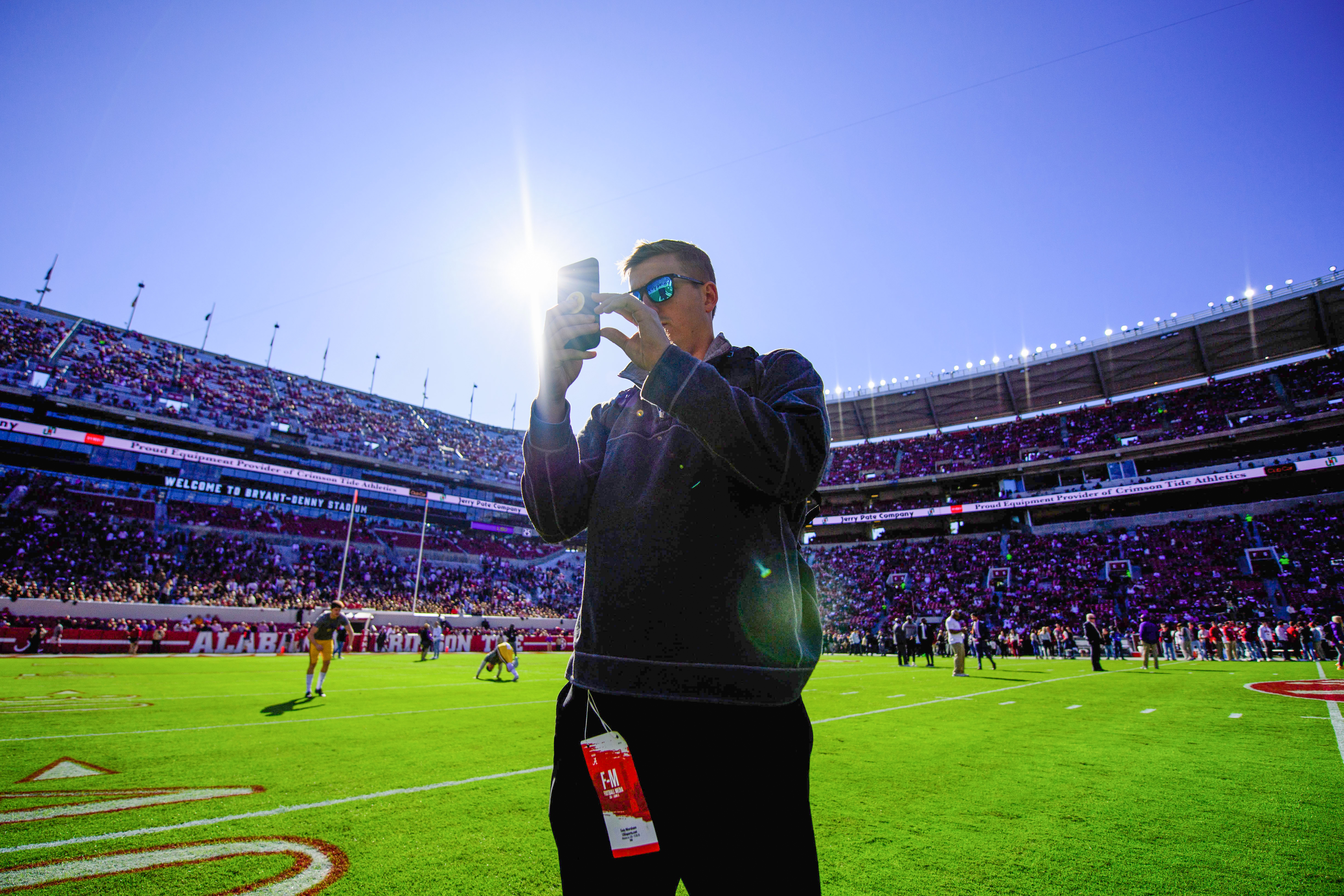 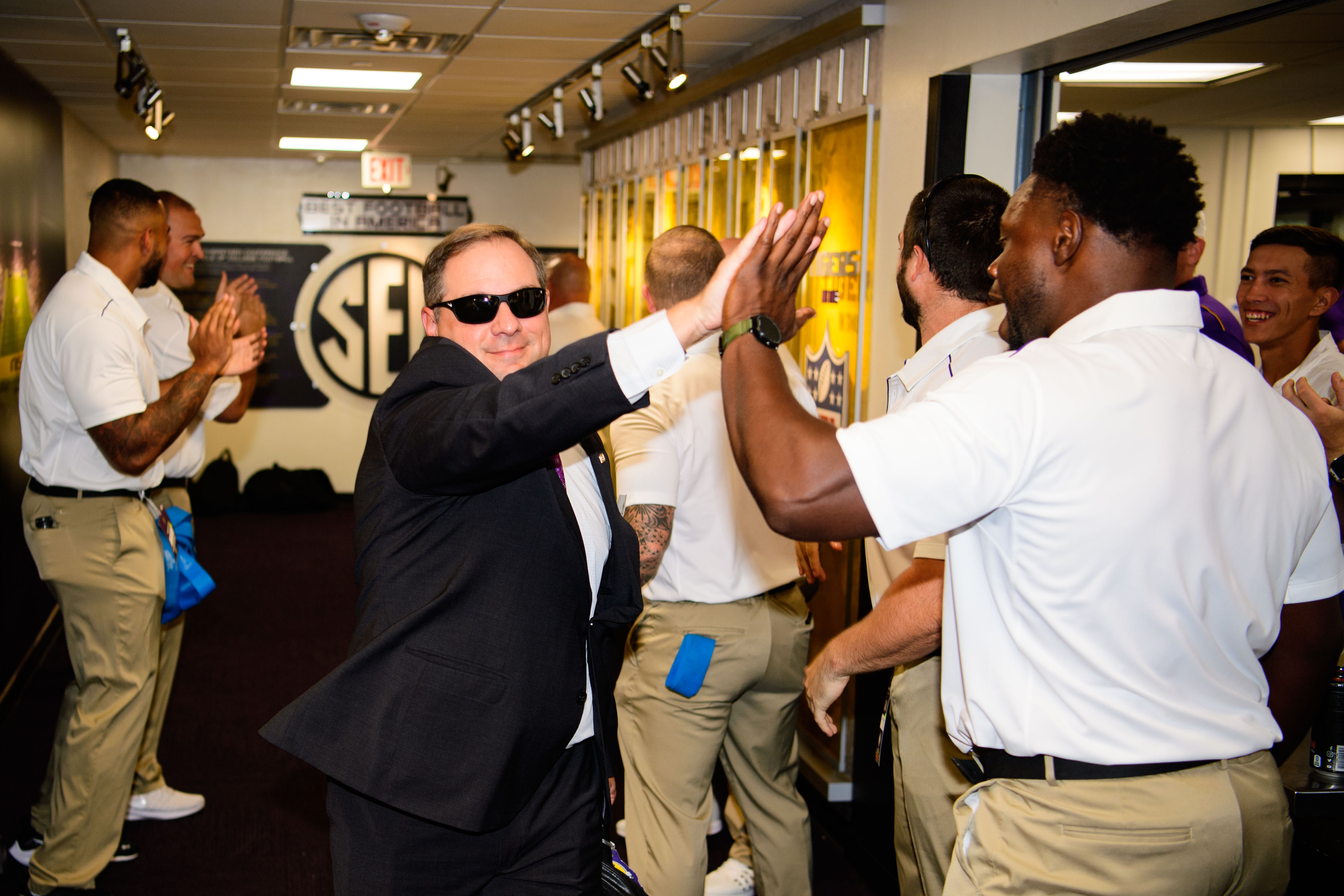 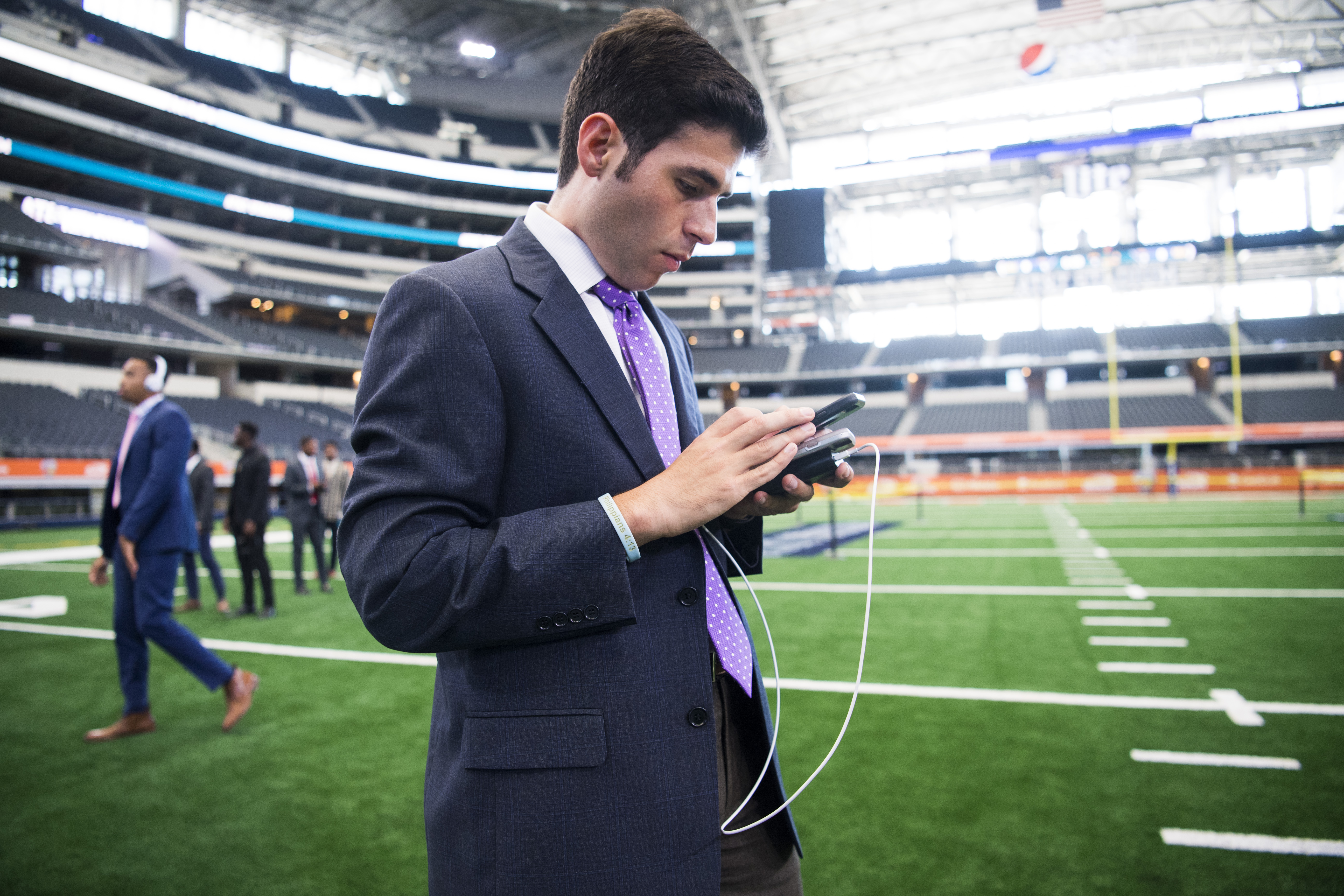