More than 20 years ago, Keshala Jackson was going through her late mother’s things when she found a brochure for the volunteer training program at the Capital Area CASA Association in Baton Rouge. CASA, short for court-appointed special advocates, trains adults to advocate for the rights of children who have been placed in foster care due to abuse and neglect. A national program, CASA’s volunteers act as the eyes and ears of kids and teens who find themselves in an intimidating bureaucratic system at a very vulnerable point in their lives.

“My mom had actually taken the CASA training, but she was never an active volunteer because she had a stroke,” Jackson recalls. “I was a sophomore in college (at the time), and I wasn’t ready to commit. But I kept it and said, ‘You know, that’s something I could do to honor her.’ Once I graduated, I decided to go forward with it, and I used the same brochure that I found in her belongings.”

Thus began a nearly two-decade-long commitment that Jackson, an avid community volunteer and the director of the city-parish’s Charles R. Kelly Community Center, says is “the best volunteer experience I’ve had.” 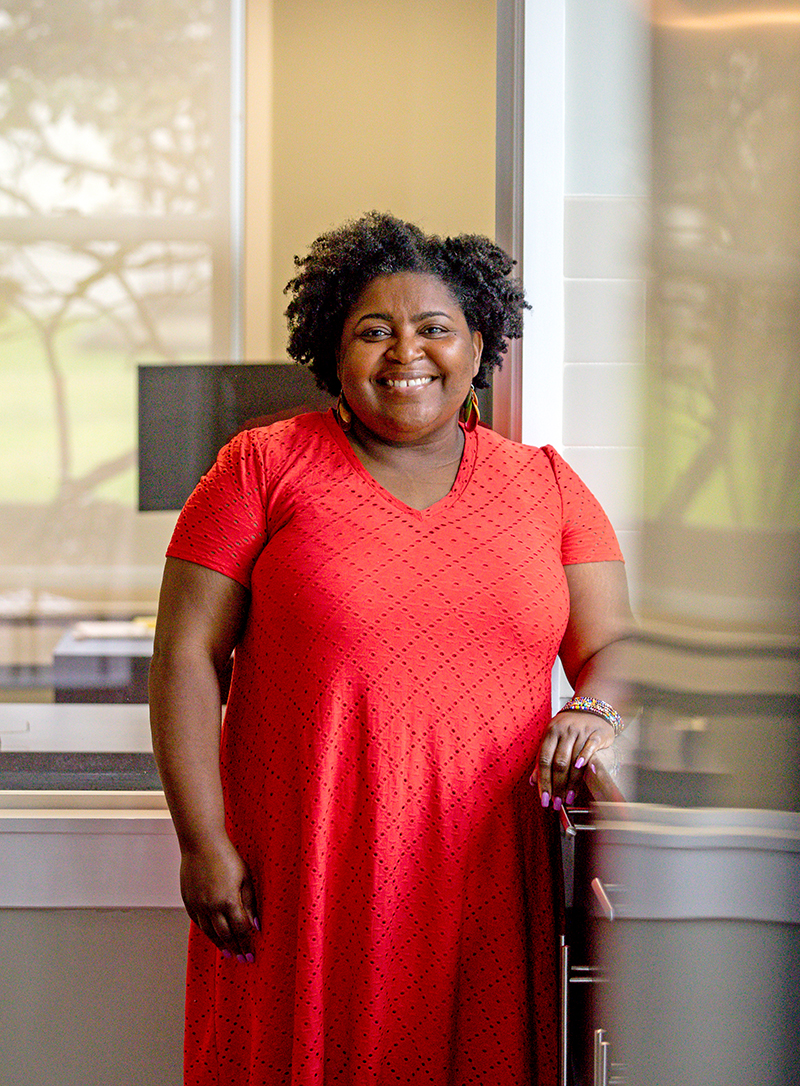 “Giving (the children) the help that’s needed for them to transition and really flourish as best as possible is important.”

She and other Capital Area CASA Association volunteers usually work one case at a time, spending time with children at least once a month to understand their social, educational and emotional needs. As they get to know the children and their family situation, they can advocate for services that improve a child’s current situation, and ultimately, help the court system make the best decision for the child’s permanent living situation.

The Capital Area CASA Association is one of nearly 1,000 CASA programs across the United States. The movement began in 1976. It spread quickly, but Baton Rouge would not have its own program until the early ’90s, when community leaders realized the Capital City was the only one of its size nationwide without a CASA program, says executive director Liz Betz. The Capital Area CASA Association officially opened in 1992, and Betz was hired as its first executive director in 1993.

“The board of directors that hired me said, ‘Your goal is to have a (volunteer) advocate for every child who needs one,’” Betz recalls. “It took from ’93 to 2000 (to make that happen), but we eventually got there.”

The pandemic, however, has changed that balance. It’s been harder to recruit and train volunteers, Betz says.

“It started last year with COVID-19,” Betz says. “People were juggling a lot, and sometimes that’s not the best time to volunteer.”

The organization was initially able to keep up with its caseloads, because, for reasons unknown, fewer children came into care last year, Betz says. But this year, case counts have returned to normal, and CASA doesn’t have enough volunteers to keep up with demand.

“We are in such dire need of volunteers right now,” Betz says.

Abuse and neglect are the main reasons why children end up being removed from their families and placed in care, and each situation varies widely. Parents might be abusive. A mother could have mental health challenges, or be the victim of domestic violence. A parent or family member could have sexually abused a child. Parents might struggle with substance abuse. A single parent could have been arrested, wrongfully or otherwise, and not have the funds to make bail.

By spending time with the child and attending meetings with family members and social workers from the Department of Children and Family Services, the CASA volunteer gains a broader picture of what the child needs now, and what the safest and best possible long-term or permanent solution is for the child.

Jackson has worked with a number of teenage girls over the years. She might help them with their homework, take them to the mall or to the movies or to get a bite to eat. CASA also holds events and activities for children in care. All of those occasions give volunteers a chance to develop a relationship with a child, and understand what could help them get through a difficult period.

“Some of them have educational needs, and they might need to be tested or get a tutor,” Jackson says. “They’ve suffered when they were separated from their families. They have social needs. They may have been taken away from their friend group, or taken away from people they know. Giving them the help that’s needed for them to transition and really flourish as best as possible is important.” 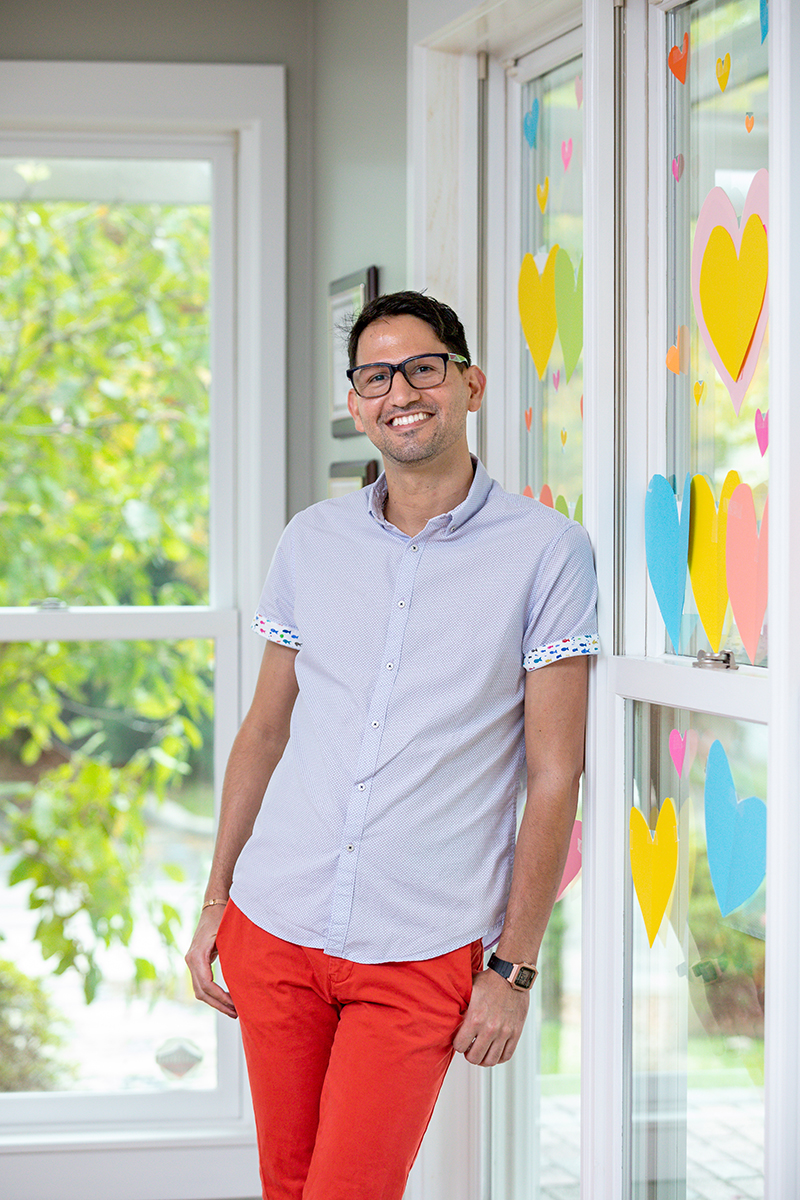 “For that child to feel that they can trust me, count on me, and see me as an ally and not another person they have to be afraid of, that means a lot.”

CASA volunteers can also help resolve issues that might be occurring in the foster or group home, Jackson says. Perhaps a foster child isn’t getting along with another sibling in the house, or maybe the child misses their siblings, who may have been placed with another family.

Volunteers attend a 32-hour training and are expected to see their kids at least once a month. While the work might seem daunting and complex, each volunteer is supported by an advocate supervisor on staff at CASA.

“They’re not out there by themselves,” advocate supervisor Susan Murrell says. “They have a support system every step of the way.”

Volunteer Jordimar Rodriguez-Vazquez, a CASA volunteer and veterinarian, has worked with a handful of children since becoming involved with CASA four years ago. He says he’s gained more confidence with each case, and the experience of volunteering has been gratifying.

“For that child to feel that they can trust me, count on me, and see me as an ally and not another person they have to be afraid of, that means a lot,” he says. “That makes me put my fears aside.” casabr.org

How CASA began with one judge’s frustration

In 1976, a Seattle juvenile court judge named David W. Soukup became frustrated by the lack of information he had on a case involving a 3-year-old girl who ended up in the hospital with injuries that seemed consistent with child abuse. In court, the child’s mother had claimed the child had fallen, but also commented that her boyfriend had moved out.

Soukup faced an excruciating decision. He could return the child home, or remove her from the only home she’d known to live with strangers. Soukup imagined how much more effective the situation would be if trained, objective volunteers could have spent time better understanding the family’s circumstances, and spoken for the child’s best interest in court.

Soukup invited would-be volunteers to the courthouse for a brown bag lunch meeting to gauge interest. Dozens of volunteers turned out, and by 1977, the first CASA program in the country launched in Seattle. By 1987, the concept had spread to 271 programs in 44 states. After he retired, Soukup himself would become a CASA volunteer, calling it the most difficult and gratifying experience he’d ever known.

State says betting on 31 different sports and competitions now allowed, even badminton and the Academy Awards

From Greek to Vietnamese: The international coffee finds around Baton Rouge