Hurricane Ida carved its path through Louisiana exactly one month ago, its winds howling through the evening of Aug. 29 into the morning of Aug. 30. Thanks to a last-minute shift in the track, Baton Rouge was mostly spared the worst, but the storm still made things difficult for a while.

The week following landfall was chaotic: closed schools and offices, trees blocking roads and power outages that continued for days.

What will stand out in our memories when we look back on the storm? Here are a few highlights.

How we stayed up to date

The arts lifted our spirits

With around 300 displaced individuals sheltering at the Raising Cane’s River Center the week after Ida, the Arts Council of Greater Baton Rouge aimed to give storm victims a break. The organization prepared daily arts entertainment, including a puppet show for kids, a Baton Rouge Symphony Orchestra quartet performance and more, all through its Creative Relief fund. artsbr.org

“While we could stay closed and claim loss of income on our insurances … we believe as a company it’s our privilege to serve the community in times like these,” said Frank Dedman III, owner of Frank’s Restaurant, which reopened with generators to prep boxed lunches for utility workers, the National Guard, FEMA and residents who were without power. The storm’s immediate aftermath saw businesses like Walk On’s Sports Bistreaux, BRQ Seafood & Barbeque, Raising Cane’s Chicken Fingers and City Group Hospitality preparing meals for impacted communities and cleanup crews. Others, like Ruby Slipper Cafe and Red Stick Social, offered free breakfasts to those without power. Greater Baton Rouge Food Bank volunteers collected and distributed donations to those in need.

Donations made a difference

We saw so many fundraisers around town, such as Junior League of Baton Rouge’s Diaper Bank, which distributed 148,000 diapers to 21 community partners following the storm. Volunteers worked daily in the weeks after Hurricane Ida to collect donations and distribute them. diaperbankbr.org

How long did it take for power to be restored across East Baton Rouge Parish? Here’s a timeline of how the outages shrunk each day after Ida.

“This has been a very difficult year for farmers, with the freeze and the unprecedented rainfall, and now a Category 4 hurricane,” said Darlene Adams Rowland, executive director of BREADA, which oversees the Red Stick Farmers Market and other programs. Despite that, farmers were helping locals stock up on hurricane supplies at the downtown market both Saturdays before and after the storm. Rowland encouraged support of impacted farmers through the BREADA Small Farm Survival Fund. breada.org

If you drove by a local hotel last month, you probably saw scores of utility trucks in the parking lot. Many hotels were fully booked through September, housing hurricane relief groups and displaced residents. Gov. John Bel Edwards signed a proclamation authorizing hotels to cancel reservations not related to storm recovery. With football season back in full swing, some properties saw travelers rebooking for later dates, while some fans arranged to stay with friends or family or at Airbnbs instead. 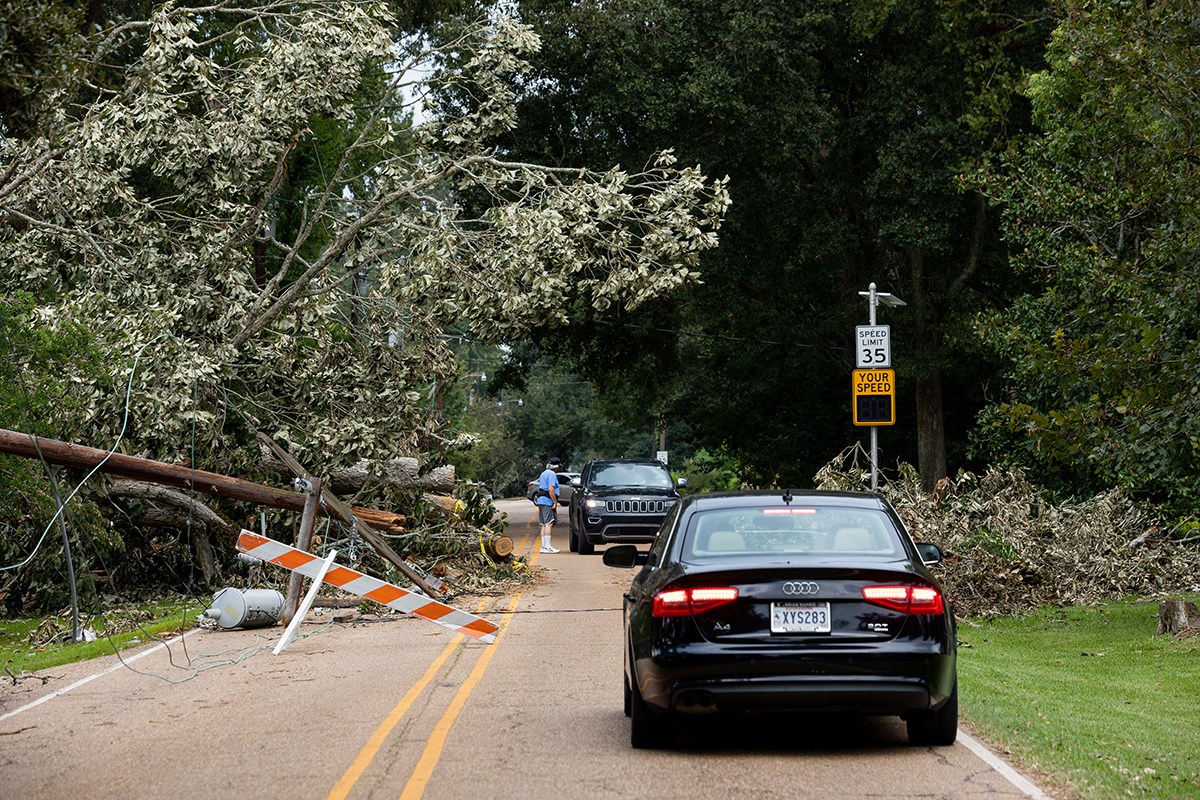 It’s been a tough year for Baton Rouge—and Louisiana at large—with debilitating freezes, floods and hurricanes. For the first time ever, a majority of respondents to the Baton Rouge Area Foundation CityStats poll say they are concerned about climate issues. In the 2021 survey, 55% say climate change is an important issue for them. Residents are increasingly expressing support for alternatives to gas-powered cars, more electric vehicle charging stations and tax incentives to boost renewable energy production.