From walks in the park and nighttime snuggles to snack stealing and frenzied digging, our pets’ no-limits lives make the perfect Instagram narrative. We checked in with some local pet influencers. Follow along. This is feel-good stuff. 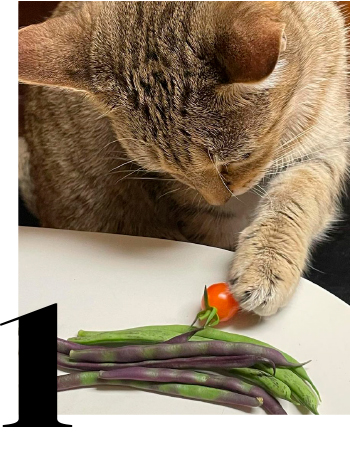 Alesia Anderson documents her duo of kooky, inquisitive kitties as they live their best lives with family members Rocky the cockatiel and Buddy the rescue dog. Flowers, named for her past life as a flower shop kitten, loves canned tuna and bouncing balls. Maxine, named for Max from Where the Wild Things Are, can’t get enough of investigating backyard produce. Anderson began the account to celebrate her late black cat Miss Kitty and bring awareness to black cat protection. 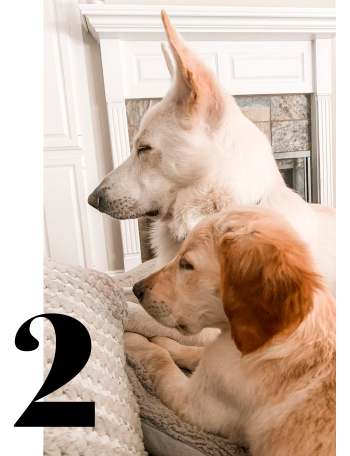 David the German shepherd, Ellie the golden retriever and Fern the cat

With ears at full alert, white German shepherd David and his buddies Ellie and Fern are remarkably talented at posing together. Pet parent Casey Boatner says the pups love romps through parks and trails, especially Burden Botanical Gardens, and snapping pictures in front of murals in downtown Baton Rouge. Next up: training for future dog sports events, including Fast CAT agility runs. 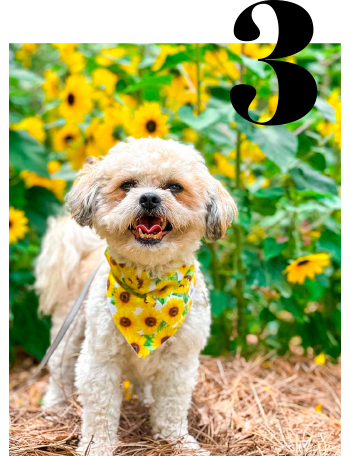 A perma-grin that’s ready for fun

This ball of energy has a personality that’s somewhere between Jim Halpert and Andy Bernard from The Office, says mom Tara Schoonover. Teddy is a 6-year-old Shih Tzu-bichon frisé who loves rapid-fire digging, tail chasing and exploring Baton Rouge’s wild side. Some of his favorite activities are wandering the greenspace around the LSU AgCenter and lapping up ice water on the patio of La Carreta. He also collects stuffed raccoons. During the pandemic, Schoonover started thedogtrovert.com, a blog to share her favorite dog-friendly spots. 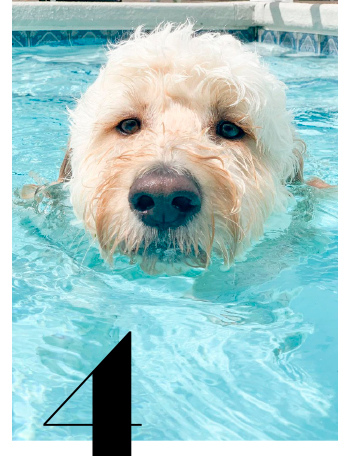 Judge’s lawyer mom records her cute goldendoodle’s robust life, with plenty of puns along the way. The duo loves visiting BREC dog parks and spots like Istrouma Brewery in Saint Gabriel, Mid City Beer Garden and City Roots Coffee. Judge, a smart and snuggly pooch, loves doing tricks, including praying and hugging on command. And at the end of the day, you’ll find him in bed on his back, giving those long, furry legs a good stretch before dozing off. 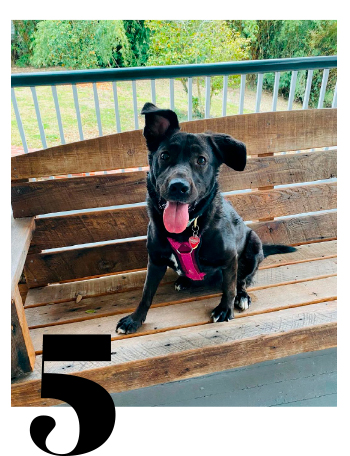 A foster and her forever family

Maybe it was the ears that flop irresistibly in two directions, or just the sweet disposition, but this rescued pooch became a permanent member of the family after being fostered during the pandemic, says mom Hannah Bieszczat. Despite her Labrador heritage, Leah actually loathes water, favoring Baton Rouge’s terra firma instead. Find her strolling through the State Capitol grounds and along the Mississippi River levee. Despite being diagnosed with kidney disease earlier this year, Leah is up for pretty much anything. 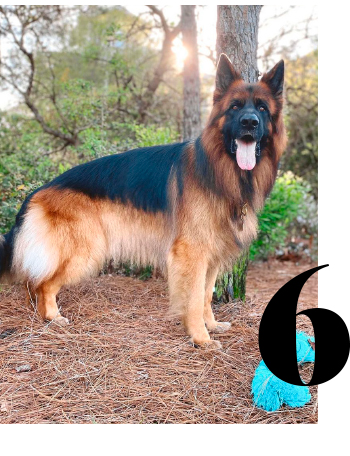 Fully grown Milo and puppy Cullen are long-haired German shepherds who enjoy goofing around with their best friend, a mini-Australian shepherd named Charley, traveling to Rosemary Beach and playing with tennis balls. Milo was named for Milo’s Tea Company, and Cullen was named for the vampire family in the Twilight series. Game of Thrones fans will appreciate that Milo can bark on command when his mom says, “dracarys,” the word for dragon fire.

Parades, fireworks and festivals: Lots happening around town for the holiday weekend