Knowing how to attract diners—and keep them coming back—is the restaurant industry’s million dollar question. It’s something Stephen Hightower has mulled extensively over the course of his 25-year career. The secret, he says, is knowing your audience.

“Honestly, I’d put the Baton Rouge palate up against any other in America,” says Hightower, 47, managing partner of City Group Hospitality. “People here understand what they like. They’re great home cooks. They know flavor, and they travel.” 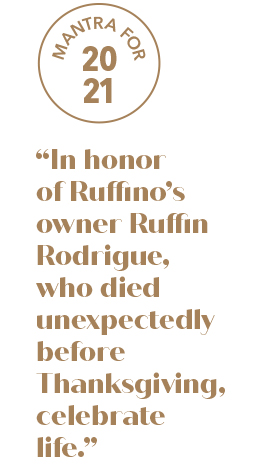 Murphy’s Bar and Grill, where he learned to make homemade stock and not take culinary shortcuts, even in a watering hole. That was followed by several years on the road with Ruth’s Chris Steak House, and later, in a stint at Bocage Racquet Club, where he revamped the food and beverage program. Hightower opened Frankie’s Dawg House and the now-closed LeRoy’s, and in 2014, he bought a majority share in City Pork and became managing partner of its restaurant group.

Last year, when restaurants were asked to pivot beyond their wildest expectations, Hightower led the purchase of the popular eatery Beausoleil, refreshing its hip-Southern ethos, and creating a coastal theme girded by a modern raw bar.

There’s more to come from the restaurant group in the coming months, promises Hightower.

Our mouths are already watering. citygrouphospitality.com

The future of the LSU offense looks to be in good hands with Jake Peetz, DJ Mangas

More than 50 projects in the works for downtown this year

In case you missed it: Amazon developer files plans for distribution center at Cortana Mall site